Abortion Rights in Argentina: Between Protests in the Streets and Horse Trading in Congress

On Friday, the lower house of Argentina’s Congress voted to legalize abortion. The Senate will vote on the bill on December 29. This not a gift from a supposedly progressive government. According to the founder of the socialist women’s group Pan y Rosas (Bread and Roses), this was a victory of the feminist movement.
Share on facebook
Share on twitter
Share on email

On Friday tens of thousands of young people again filled the streets around the congress in Buenos Aires. They remained there for more than 20 hours as the Chamber of Deputies, the lower house, debated the legalization of abortion. These demonstrators colored the streets green — the color of Argentina’s movement for abortion rights. The other side, using the color light blue, could not gather more than a few hundred fanatics. Just as in 2018, however, when the “green tide” emerged, a fence divided the plaza equally between a multitude defending the right to abortion and a tiny counterprotest calling for it to remain underground.

The lower house’s vote to legalize abortion was a victory in the struggle and mobilization that have been underway for several years. Nonetheless, the demonstration on December 10 was not even 10 percent as big as the extraordinary numbers from 2018, the last time such a bill was put to a vote. There are different reasons for this, and the obligatory social-distancing measures were certainly an obstacle. But the government’s policy of demobilization, and its “appropriation” of a project for which the women’s movement has been fighting for more than a decade, also had their effects.

History Is Not Erased with the Stroke of a Pen

The struggle for abortion rights in Argentina dates back to the years before the last military dictatorship, which ended in 1976. Women fought back when the government of Juan Perón decreed a ban on the free sale of contraceptives on February 28, 1974. The demand for abortion rights was taken up again in the mid-1980s, but it only became a real force at the beginning of the 21st century with the foundation of the National Campaign for the Right to Abortion. This coalition of organizations and activists drafted a bill that was presented to the National Congress for the first time in May 2007, under the presidency of Néstor Kirchner. This bill was presented five more times during the two terms that Cristina Kirchner served as president. Each time, the bill expired without having been debated. In other words, the Kirchners, who were in power from 2003 to 2015, prevented the legalization of abortion.

Andrea D’Atri’s book, Bread and Roses: Gender and Class Under Capitalism, is now available from Pluto Press. Check out the preface to the English edition.

It was not until the seventh time the bill was introduced, in 2018, that the right-wing president Mauricio Macri called on Congress to open the debate (while assuring the public that he opposed abortion rights). This was a demagogic maneuver in response to a movement that was growing on the streets. This mass movement for abortion rights, known as the “green tide,” spread across Argentina. Young people flooded the streets and managed to get the Chamber of Deputies to pass the bill in June 2018. But this was snatched away just two months later by the reactionary Senate.

In 2019 the candidate Alberto Fernández, running on a ticket with Cristina Kirchner, promised that abortion would be legalized during his term. When he won the presidency, he appointed several leaders of the women’s and feminist movements to government positions. But the economic crisis he inherited, and later the health crisis provoked by the coronavirus, served as excuses to delay the fulfillment of this promise.

Covering Up Austerity and Negotiating with the Right

The green tide began mobilizing again, despite limitations made necessary by the pandemic. Meanwhile, progressive sectors that supported the government were scandalized by the brutal repression of homeless families in the town of Guernica. As a result, the government needed to offer some kind of “good news” to its progressive social base. Thus the executive presented its own bill — 90 percent of which was copied from the bill written by the National Campaign for the Right to Abortion. This was introduced the same day that Congress voted on the austerity budget dictated by the International Monetary Fund.

There were two major differences between the government’s bill and the one produced by the women’s movement: first, the government version included a clause covering conscientious objection, which would allow healthcare workers to be exempted from complying with the law; second, the government version made it a crime to terminate a pregnancy after 14 weeks, punishable with three months to one year in prison. This is the bill that the Chamber of Deputies finally approved; some legislators who had voted no in 2018 promised to change their vote if the bill included a clause for conscientious objection, which would allow healthcare facilities to refuse to employ any nonobjecting personnel who could perform abortions. This was a demand raised by the hierarchies of the Catholic Church, which owns lots of clinics and hospitals, among many other things. During the legislative debate, we heard speeches from legislators (especially from the government coalition) who, in order to justify their sudden change of heart, claimed that they now “understood” that women and people with uteruses have the right to decide whether to terminate pregnancies.

Almost half of the Chamber of Deputies held fast against the right to choose. For more than a decade, the “green” (i.e., pro-choice) legislators of the government coalition had not shown the same steadfastness now on display from clerics and obscurantists. These legislators had repeatedly accepted the discipline of their congressional bloc when their own government refused to open the debate. This time around, they negotiated exceptions to the right to abortion in order to win votes from wavering legislators.

The division went through all the blocs in Congress. Thirty percent of the legislators from the government coalition voted against the bill. From the opposition, 40 percent of the social liberal UCR voted against it, 70 percent of the centrist Civic Coalition, and 80 percent of the right-wing PRO. There was only one exception: the Left Front (FIT-U), which was the only bloc that voted unanimously in favor of legalization, clearly displaying its opposition to the controversial clauses that the women’s movement warned about. It is no coincidence that the FIT-U is the only political force that consistently demands the separation of church and state. (In Argentina, the constitution mandates state support for the Roman Catholic Church.)

Several legislators made speeches expressing gratitude to President Alberto Fernández. This could not, however, erase what was felt by many young women and people who have been fighting for abortion rights. As Nicolás del Caño, a deputy from the Left Front, highlighted this in his speech in the lower chamber: if this law is passed, it is thanks to all the women who struggled.

Our Rights on a Knife-Edge

The operation to “cover up austerity” began when the government presented its abortion bill on the same day that Congress was voting on the IMF-dictated budget. It continued on the day that the Chamber of Deputies passed the legalization of abortion — the Senate, that same day, passed a pension reform that will reduce incomes for millions of retirees who worked all their lives. This will primarily affect women from the poorest households who need their income so that their families do not die of hunger.

The Catholic Church had already accepted that the bill would pass in the Chamber of Deputies, and it is therefore concentrating its pressure campaign on the Senate, especially on the senators who are part of the government coalition. The senator Antonio Rodas, for example, who belongs to the Frente de Todos (Front of All) coalition of Fernández and Kirchner, visited Archbishop Oscar Ojea, the president of the Episcopal Conference of Argentina, to assure his opposition to the bill. He offered his services as an intermediary to help the bishop meet with other Peronist senators. A group of priests who work in the slums decided to contact Cristina Kirchner to ask her to return to her earlier anti-choice views — and, at the very least, not to pressure her bloc’s legislators to vote for the bill.

Now the government is letting our rights balance on a knife-edge. It hopes that on December 29, four senators who have not yet expressed their opinion will prevent the worst predictions from becoming reality. So far, 33 senators have spoken out in favor of the law and 34 against (out of a total of 72). This means the “light blue” forces (i.e., anti-choice) have a slight advantage — they would have had yet another vote if Senator José Alperovich of the Frente de Todos were not on leave because his niece has accused him of abuse and rape. In the case of a tie, paradoxically, the responsibility of casting the final vote would fall on Vice President Cristina Kirchner — who during her two terms as president prevented the bill from being discussed in Congress.

There Is No Turning Back

The bill may undergo further regressive modifications, demanded by senators who are still reluctant to vote for it. In that case, the bill would then be sent back to the Chamber of Deputies for further debate. The government wants this law to pass — its goal is to put an end to the mobilizations that irritate the “light blue,” anti-choice movement, and if the bill is rejected, the demonstrations could take aim at the government as well.

The result is unclear. What has become clear during this long struggle of the women’s movement is that our lives, our freedoms, and our rights are subject to horse trading among traditional politicians. Their yays and nays are not based on any principles — they express nothing more than momentary political opportunities. It has become clear that if abortion is finally legalized in Argentina, it will happen because of the women’s movement’s historic struggle, which owes nothing to any government.

Beyond the legalization of abortion, this movement has left its mark on several generations of women. They awoke to political life and decided to fight back against the violence, discrimination, and inequality that weigh on their shoulders. These women, who took the streets for “Ni Una Menos” and the “green tide,” are now at protests across the country: against femicides in Jujuy Province, in the north of Argentina, against open-pit mining in Chubut Province in the south, against water privatization in Mendoza Province in the west, in defense of salaries and working conditions in the hospitals of Buenos Aires, in defense of the right to land and housing in Guernica, and in other parts of the country. That is why, ladies and gentlemen of the Congress, there is no turning back.

First published in Spanish on December 12 in Ideas de Izquierda. 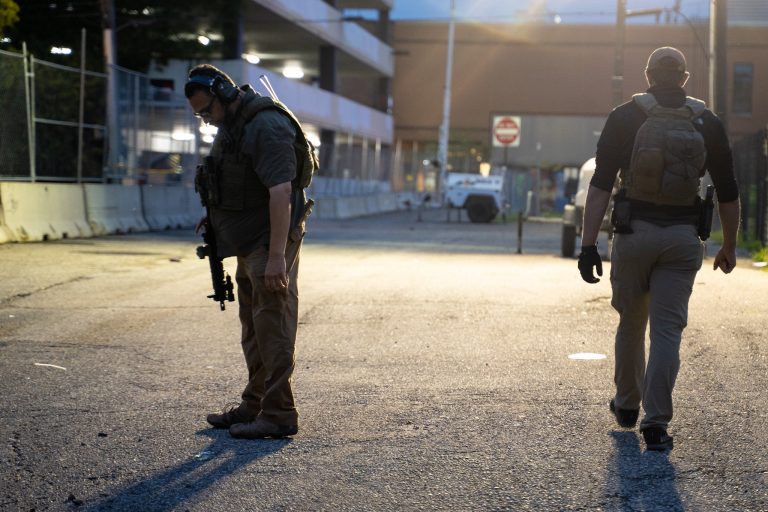