An Election Cycle That Never Ends

The 2020 election has lasted for over three years. “Forever elections” are designed to suppress dissent and keep the working class in line. 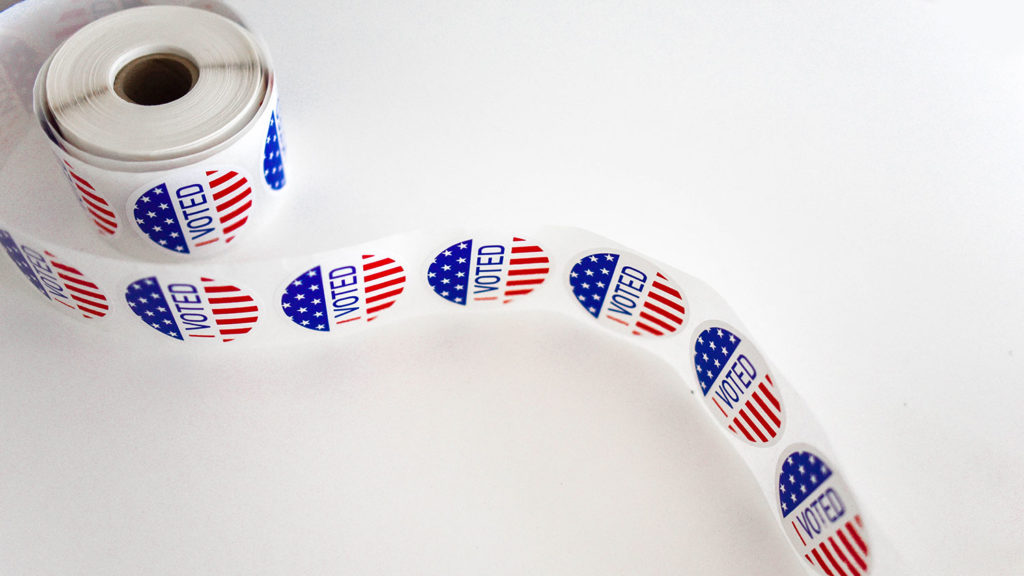 Assuming that one or both of the Georgia senate races go to a runoff, the 2020 election season will have lasted 1,258 days. The first candidate in the race for the Democratic nomination for president (John Delaney) announced his candidacy on July 28, 2017. This made him the earliest candidate to ever announce their intention to run for president which, in turn, makes this the longest presidential election in U.S. history and also the most expensive.

On January 31, at the beginning of the Democratic Primaries, Left Voice published an article titled “The Forever Election.” Now, on Election Day, no one is sure when we will know the final results. Key battleground states, such as the all-important Pennsylvania, say they won’t have a full count until Friday. And, if those states become crucial to deciding who is the president, then lawsuits, counter-suits, and appeals will likely push the end result weeks if not months into the future.

This “forever election” has allowed the Democrats to shore up support against all criticism. They silenced their own progressive wing and got them to accept it because, otherwise, they’d be handing the election to Trump. They successfully convinced a large sector of the largest uprising against racist state violence in U.S. history to support the man who wrote the crime bill. And they successfully avoided having to put forward solutions to either the pandemic or economic crisis by shifting all of the focus to the election. The election became their trump card: any time a sector of the Democratic base started shifting to the left or began demanding more from their elected representatives, the establishment would remind everyone that this was the most important election of our lifetime.

Surely, tomorrow — or whenever the results are known — discussions will start around the 2024 elections. Who will the losing party put up as their candidate, who will succeed the winning candidate? The pundits and surrogates will remind us that the 2022 midterms aren’t too far away and party leaders will wag their fingers at anyone in their base who dares criticize them because, don’t you know, the other party is knocking on the door trying to wipe them out at the next elections.

Talk of the midterms will start almost immediately. We’ll be told that we have to stick with the Democrats to prevent the radicalized Right from taking office. The DSA will hold candidate forums and distribute questionnaires to decide which Democrat they are going to “tactically” support. Millions of dollars will pour into “exploratory campaigns” and SuperPACs. We will immediately be thrust back into the whirligig of elections.

Then will come the presidential candidate auditions. Young hotshots from both parties — as it seems highly unlikely that either of the septuagenarians leading the tickets will run again — will begin to make TV appearances and give fiery speeches in Congress. Talking heads on cable news will begin to play oddsmakers with the different candidates.

If this seems ridiculous, it’s because it is. These “forever elections” stretch on for months and years on end because it helps the major political parties to constantly be in election mode. Using the other as the boogeyman, Democrats tell their supporters that expressing dissent with the party is handing the election to the Republicans. This helps quell dissent and allows the Democrats to coopt social movements into their ranks.

On an even greater scale, forever elections are helpful to the capitalist system itself for the same reasons it is helpful to the Democrats and Republicans: it helps keep discontent in the narrow confines of bourgeois acceptability. For essentially all year every year, except perhaps during the two or three months after the Presidential inauguration, the solution to all societal ills is to “get out the vote.” Unions, nonprofits, and groups such as the DSA organize all of their political activity around the election cycle: canvassing, phone banking, and registering people to vote in the name of progressive change.

Take the four Trump years as an example. Following Trump’s election, there were mass public demonstrations, from the Women’s March to the airport shutdowns against the Muslim Ban. The Women’s March was the biggest mobilization in recent U.S. history, inaugurating four years of protests. But, by the following year, the non-profits which organized and led these marches were already in election mode. The primary slogan of the march, which brought hundreds of thousands of people to the streets, was “Power to the Polls.” The message was clear: protests are merely pressure campaigns for politicians and we are most powerful at the polls. And with an election cycle of three and a half years, it’s the primary form of activism for many progressives.

Look at the recent confirmation of Amy Coney Barrett. When the Republicans first announced that they were going to push through a candidate in the final weeks of the election to fill the vacant Supreme Court seat left by Ruth Bader Ginsburg, people were furious. This anger could very easily have turned into mass mobilizations where a sector began to openly question the legitimacy of the Supreme Court as an institution. But the slogans around Barrett weren’t “take the streets” or “strike until she’s withdrawn” or even “protest in every city.” The Women’s March, which so famously mobilized millions of women to protest Trump’s inauguration, did very little to resist Barrett. Instead they tweeted that “women’s voices would be heard on November 3rd.” Those who were outraged about Barrett’s nomination and confirmation were told to go vote for Biden and the Democrats, and millions are going to do so.

But Barrett will probably sit on the court for upwards of thirty years and outlast many presidents. So then, the notion that voting for Biden is somehow protecting us against a right-wing court is ridiculous, but the Democrats were able to use the election to effectively contain public outrage and, by proxy, protect the institution of the Supreme Court.

No matter who wins the presidency, the hyper polarization of politics is unlikely to  lessen in the coming period. In addition, both parties seem poised to have deep internal crises after the election as the different wings of the parties fight amongst each other for control in upcoming elections. This is on top of the winner having to find a way to mitigate the worst capitalist crisis since the Great Depression and a pandemic. Given all of this, it is almost a surety that the Forever Election will be trotted out again almost immediately after the 2020 election. Both parties of capital want to trap us in a constant state of election so we never have time to actually question the institutions of the state or break with electoralism and begin to fight another way.

This proved an effective strategy for the capitalists in this cycle but the next period will pose more of a challenge. As the Black Lives Matter uprisings this summer showed, there is a sector of people — the youth in particular — who are moving to the left. As the crisis deepens and conditions worsen, people’s needs and demands will become increasingly urgent, and the capitalist strategy of constant elections might begin to run dry. As a result, we will likely see an increase in class struggle. In addition, the vehemence with which both parties trotted out the strawman argument of the other side — that Trump is a fascist, or that Biden is a radical communist  — could hurt their ability to use it again as class struggle increases. After all, there are only so many times that you can tell someone that this is the most important election of their lives before they stop believing you.