Antony Blinken: Another War Hawk Confirmed to the Biden Cabinet

The recent Senate hearing and confirmation of Antony Blinken as Biden’s secretary of state perfectly highlights the hypocrisy and danger of neoliberal foreign policy. 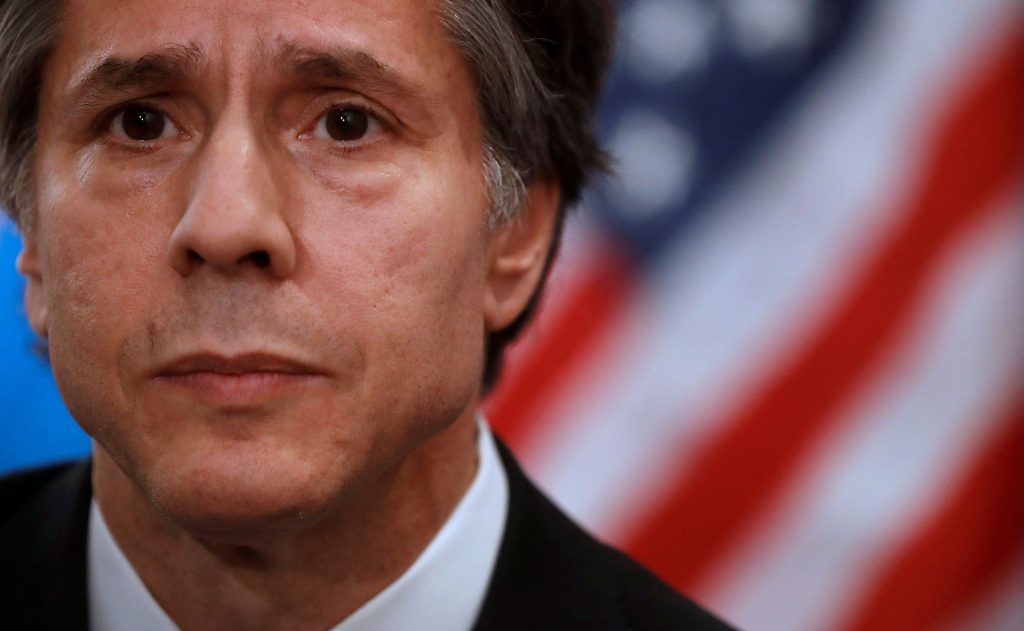 A recurring theme of the Biden administration in the period leading up to his inauguration and in the early days of his presidency has been the need to reassert the United States as a leader on the world stage. And so longtime Biden ally Antony Blinken was confirmed as secretary of state on January 27. He is a perfect choice for this mission — in all the worst ways.

Blinken, like the rest of Biden’s national security team, is a true believer in American interventionism. Multiple news outlets have reported that during the lead-up to the Iraq War, Blinken served as an adviser to Biden and was a significant influence on Biden’s support for invading Iraq under the false pretense of weapons of mass destruction. There remain few reported details of the specific ways Blinken influenced Biden’s support for the war, but details from Blinken’s time as foreign policy adviser for the Obama administration could give more insight into his lack of concern for civilians who have been terrorized by U.S. imperialism in the Middle East.

During the Obama administration, Blinken turned out to be even more neoconservative on foreign policy than the heads of the administration. Most notably, he was one of the loudest advocates for the U.S. overthrow of Libyan president Muammar al-Gaddafi, outhawking even Obama and Biden on the issue. U.S. regime change in Libya led to a country so destabilized that there are now open-air slave markets. Blinken is also an unapologetic supporter of Israel and its decades-long oppression of the Palestinian people, saying that he “would not tie military assistance to Israel to any political decisions that it makes. Period. Full stop.”

After spending the past four years as a lobbyist for the military-industrial complex through West-Exec Advisors, a firm he cofounded, Blinken will now lead U.S. foreign policy. The specifics of U.S. interventionism under Biden remain unclear; Trump’s presidency threw off the typical U.S. approach to the world. But Blinken’s Senate confirmation hearing provides a good preview.

In his opening statement, Blinken highlighted the neoliberal interventionist ideology that he and the rest of Biden’s national security team embrace. “The reality is, the world simply does not organize itself. When we’re not engaged, when we’re not leading, then one of two things is likely to happen. Either some other country tries to take our place … or, maybe just as bad, no one does.”

The message is clear. Blinken and his ilk believe that nothing short of global U.S. hegemony will do, and he has every intention of shaping a world dominated by the interests of the United States — or, more accurately, the interests of America’s capitalist class. Throughout the hearing, members of the Senate Foreign Relations Committee asked Blinken about some of the nations toward which the United States has been increasingly belligerent — most notably China, Iran, and Venezuela. Blinken affirmed his plan to be tough on all three. He also, unintentionally, contradicted his performative commitment to human rights several times.

Blinken’s first contradiction concerned Iran. He, like many in the Biden administration, has publicly committed to rejoining the Iran nuclear deal from which Trump pulled out. Blinken, though, repeatedly made clear that he believes the United States should get more concessions out of Iran before doing so. He agreed with Lindsay Graham’s (R-SC) characterization of Iran as “the largest state sponsor of terrorism.” The Iranian state is no ally of the global working class, but neither is Israel nor Saudi Arabia, nor, for that matter, the United States.

Marco Rubio (R-FL) focused his questions for Blinken on Latin America, specifically Cuba and Venezuela. Blinken was quick to express support for Venezuelan coup leader and worldwide laughingstock Juan Guaidó. When asked about U.S. sanctions on Venezuela, a Trump policy that has helped kill 40,000 Venezuelans since 2017, Blinken refused to fully denounce the brutal policy and instead suggested that sanctions be reexamined so that they can more effectively target “regime enablers.”

When asked by Bob Menendez (D-NJ) how the United States should “compete” with China, Blinken advocated approaching China from a position of strength. The U.S. foreign policy establishment has long been engaging in what could be described as a cold war with China, and Biden’s national security team is packed with people who could turn that into a hot one.

When it came to human rights, Blinken showed little concern. This was most notable in his response to Mitt Romney (R-UT) regarding the strong U.S. ally in India, Prime Minister Narendra Modi — who could possibly help the United States in confronting China. Modi, a Hindu nationalist, has overseen and encouraged massive human rights violations against India’s Muslim population and is currently using police violence in an effort to shut down a mass movement of striking farmers.

A Champion of U.S. Imperialism

Blinken justifies U.S. intervention with a kind of morality that is nothing but posturing. Denouncing Iran while enabling Israeli oppression of Palestinians, or viewing Modi as a great ally in countering China’s “human rights violations,” is really all about securing and expanding U.S. economic influence.

The United States has seen its hegemonic economic influence in the world decline. The Trump administration foolishly believed that through more aggressive economic warfare it could achieve U.S. influence in regions where China has somewhat of a foothold. China is the greatest threat to U.S. foreign policy and U.S. capital not because it violates human rights, but because its economic influence is on the rise.

Whether it’s Trump’s approach to “American leadership” or restoration through the “old” approach with Biden, the brunt of U.S. violence — be it economic or military — is always borne by the working class. Blinken, throughout his career, has shown his willingness to risk any possible harm to the world’s most vulnerable populations in pursuing even the most haphazardly planned attempts to establish greater U.S. influence abroad.