Are the Berlin Police Full of Nazis?

Police have counted dozens of right-wing attacks in Neukölln, but no one has been charged. An examination of the troubling links between police and far-right extremists. 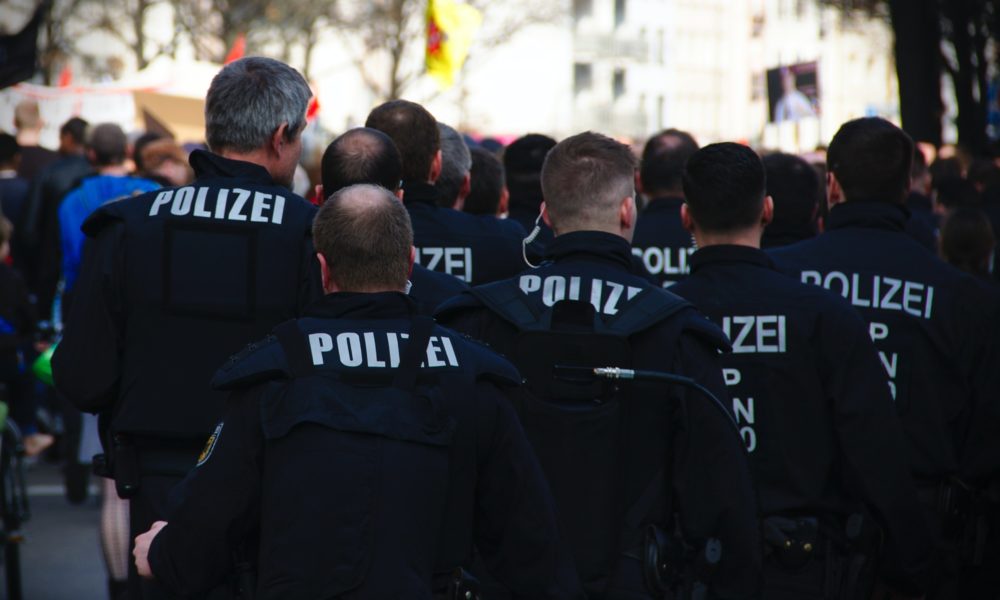 Neukölln has been experiencing a wave of Nazi terrorism. The police have counted 72 attacks between 2016 and 2018, including 23 cases of arson. The most horrific case was when Nazis set fire to the car standing in front of the home of Ferat Kocak, a left-wing politician and activist in the neighborhood. If the fire hadn’t been discovered by chance, it could have killed his whole family.

This right-wing terror has gone on for so long it even has its own Wikipedia page in English! At the end of June, over 1,000 people demonstrated along the Sonnenallee demanding an end to this campaign of fear.

Why can’t Berlin’s Polizei stop the violence? The two main suspects are not exactly hard to find. German press outlets refer to them “Sebastian T.” and “Tilo P.” – their full names and photos are only a Google search away. In Neukölln, posters warn about the right-wing pair. But a police unit with 104 officers, the Besondere Aufbauorganisation Fokus, has apparently not been able to find enough evidence to file charges. Are these some kind of “super Nazis,” criminal masterminds who can terrorise a whole neighbourhood without leaving a trace of evidence?

Hardly. There is plenty of evidence against these Nazis. Police have recordings of them following Kocak, for example, just before his car was set ablaze.

So why aren’t they behind bars? As years go by with no results to the official investigation, it appears as though the Nazis are getting help from inside the police departments and and prosecutors’ offices.

In 2018, for example, an officer from the State Criminal Police (LKA Berlin), identified only as W., was seen meeting Sebastian T. in a bar in Rudow in the south of Neukölln. Other LKA officers who were following T. recognised their colleague W. as he got into his car alongside the well-known Nazi. There was never any explanation — police and prosecutors dropped the investigation of W. without releasing any information.

Last week we learned about Stefan K., a police officer in a small unit responsible for observing right-wing extremists in Neukölln. K. is currently on trial himself because in July 2017, he and two others attacked a 26-year-old man from Afghanistan while shouting racist insults. As Berlin’s public broadcaster RBB has reported, based on the antifascist investigative platform Recherche030, K. was part of the Ermittlungsgruppe Rechtsextremismus or EG Rex, which should have been following Nazi crimes in Neukölln, such as the murders of Burak Bektas and Luke Holland in 2012 and 2015. So is K., charged with protecting people from violent racists, in fact a violent racist?

K.’s trial began in January of this year, but the victim, Jamil, was deported to Afghanistan in March. How can anyone be deported to Afghanistan given the situation there? The Berlin authorities declared Jamil to be a “criminal” because he had been in possession of marijuana. As a result, he will not be able to testify about violent crimes committed by a police officer.

And a week earlier, the public prosecutor Matthias Fenner, head of the department for state security (political crimes), was removed from the case. Files show that Fenner interviewed Tilo P. in 2017 — not as a suspect, but as a witness after antifascists had protested against the far-right party Alternative for Germany (AfD). After that interview, Tilo P. wrote to a Kamerad in a chat that they didn’t have anything to worry about from the prosecutor. Fennder had supposedly presented himself as an AfD supporter.

A the very least, Fenner is well known as a consistently right-wing figure (“stramm rechts,” as the Tagesspiegel writes) who is obsessed with harassing Berlin’s left-wing scene. Fenner, for example, drew attention with raids on private apartments of Greenpeace activists after they spilled some yellow paint around the Siegelsäule. This prosecutor’s department pursued activists who put up posters in Neukölln about the two Nazis, claiming this damaged their reputation. (A court dropped the charges last week, as the two are indisputably violent Nazis and one can say that.)

So why don’t we see the same kind of repressive energy when it comes to stopping Nazi terrorists? The list of Nazi connections inside the state apparatus is far from complete. Via the AfD, Sebastian T. and Tilo P. are connected to even more Berlin police officers. The right-wing party, the largest opposition party in the Bundestag, serves as a kind of political bridge between Germany’s security services and the violent Nazi milieu.

The New York Times had a front-page story about far-right militants in the German police. That piece was full of detailed research. But the Times argued that the problem began in 2015 with the Flüchtlingskrise. In reality, (West) Germany’s police institutions were built up by Nazis — the Federal Criminal Police (BKA) was a thoroughly “brown” institution. Over two thirds of the BKA’s leaders in 1959 were former SS members, and over three fourths had been in the NSDAP.

If we wait for the police to stop these Nazi terror attacks, we will be waiting a long time. Instead, as the victims of the attacks are demanding, we need a parliamentary inquiry. Above all, we need antifascist mobilization to keep Neukölln safe from Nazis.