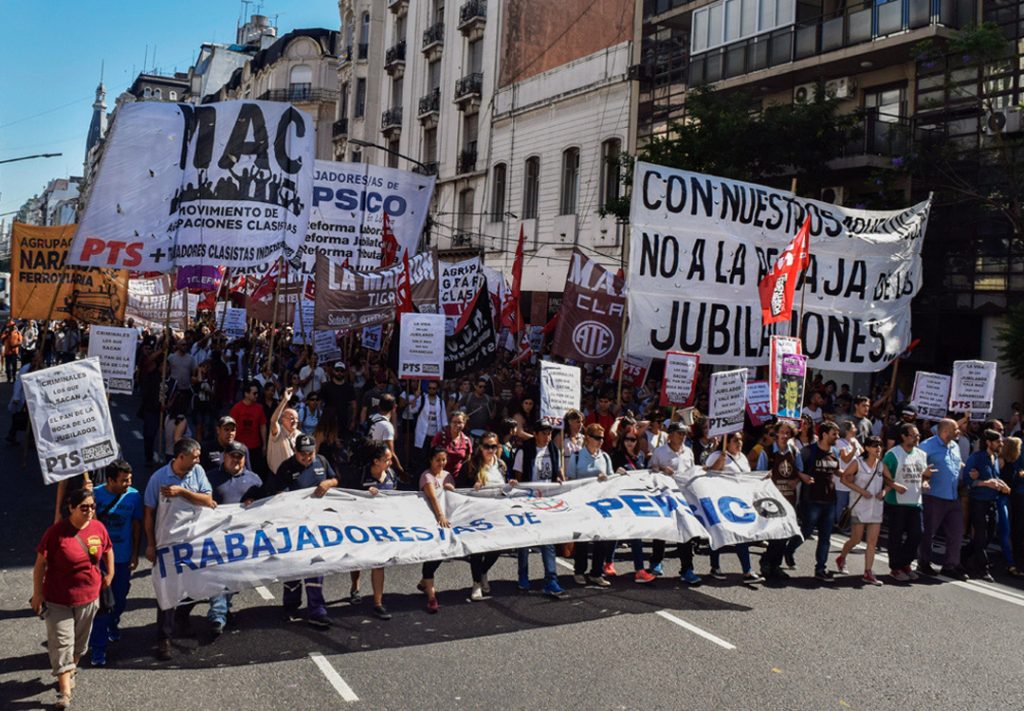 During a scandalous session of a militarized Congress, the government was defeated by the opposition and the internal tensions within the ruling party. The Pension Reform Bill, which was passed in the Senate last month, is a crucial part of Macri’s project to reduce the fiscal deficit. But the project comes at the expense of retirees and welfare recipients participating in the AUH (Asignación Universal por Hijo), which has over 4 million enrollees. For this reason, the bill has drawn a great deal of criticism from the opposition in Congress and labor unions.

The mobilization on Thursday demonstrated that there are considerable obstacles in the path of Macri’s pro-business agenda, which includes tax and labor reforms. The government coalition of Cambiemos (“Let’s Change”) swept October’s legislative midterm vote but still does not have a majority in either house of Congress. 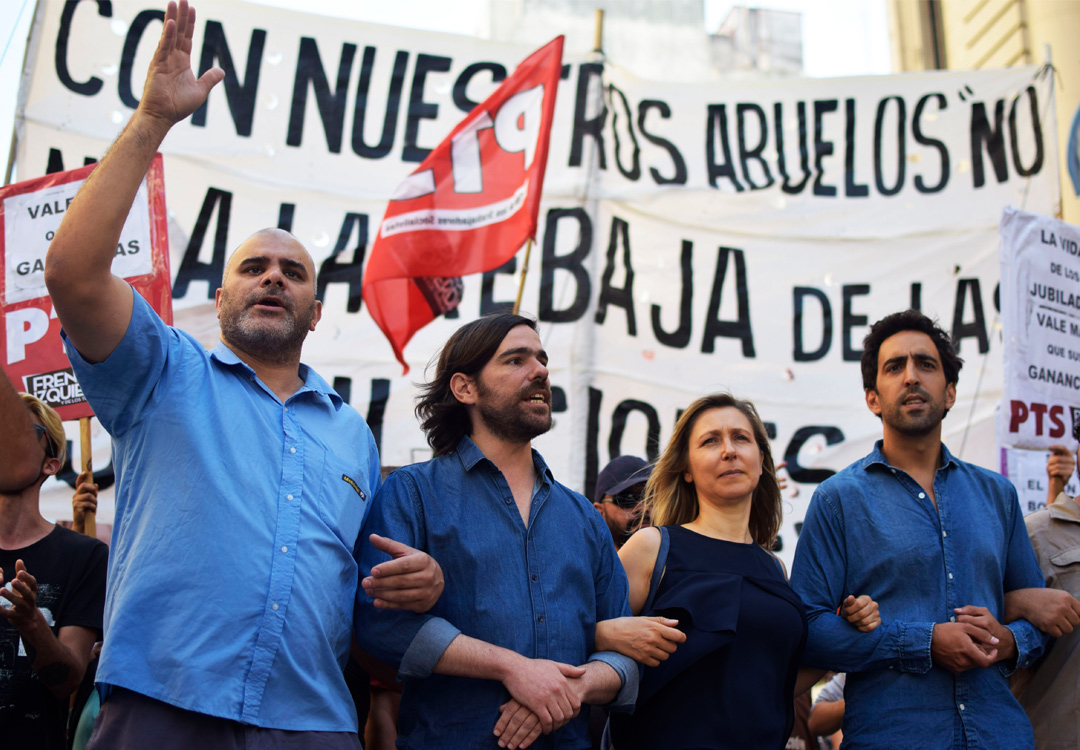 Socialist legislators from the Left Front participated in the protests

The proposed pension reform would change the formula used to set the benefit amounts. Payments would adjust every quarter based on inflation, replacing the current system of twice-yearly adjustments linked to wage increases and tax revenues. The bottom line to this proposal is that pensions would be slashed while taxes on businesses and the wealthy would be reduced. 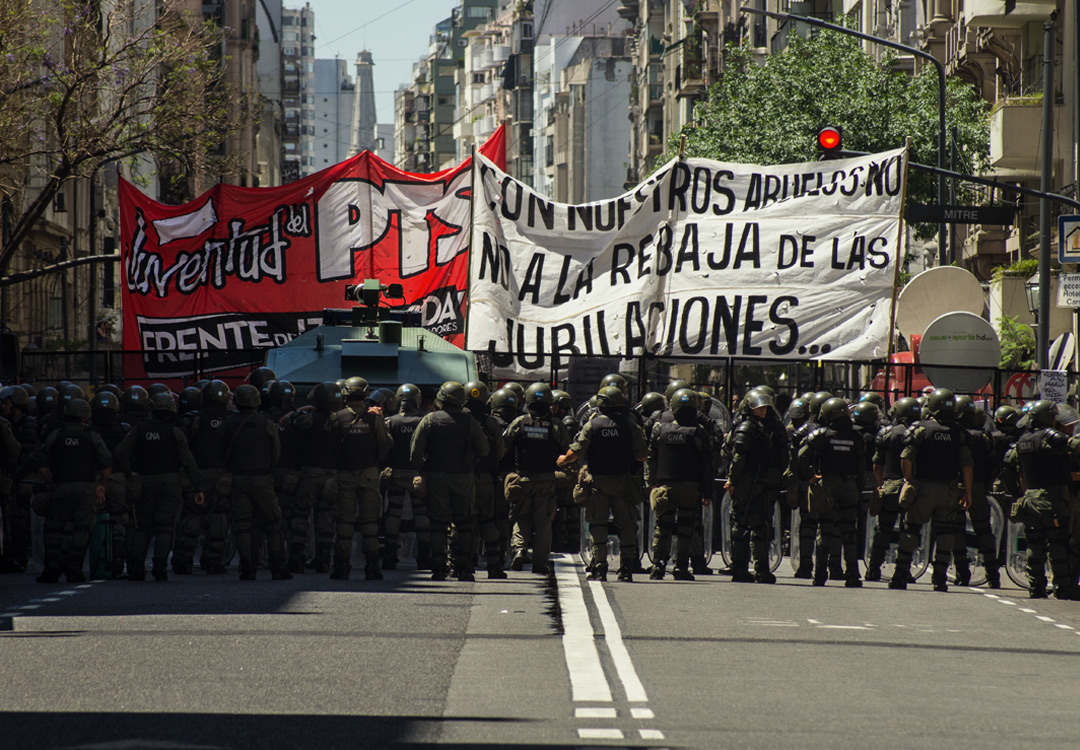 Faced with strong opposition from the population, the government moved to push the bill through the House of Deputies at an accelerated pace. In an attempt to avoid a no vote, they tried to catch the unions and political organizations off guard. They failed. 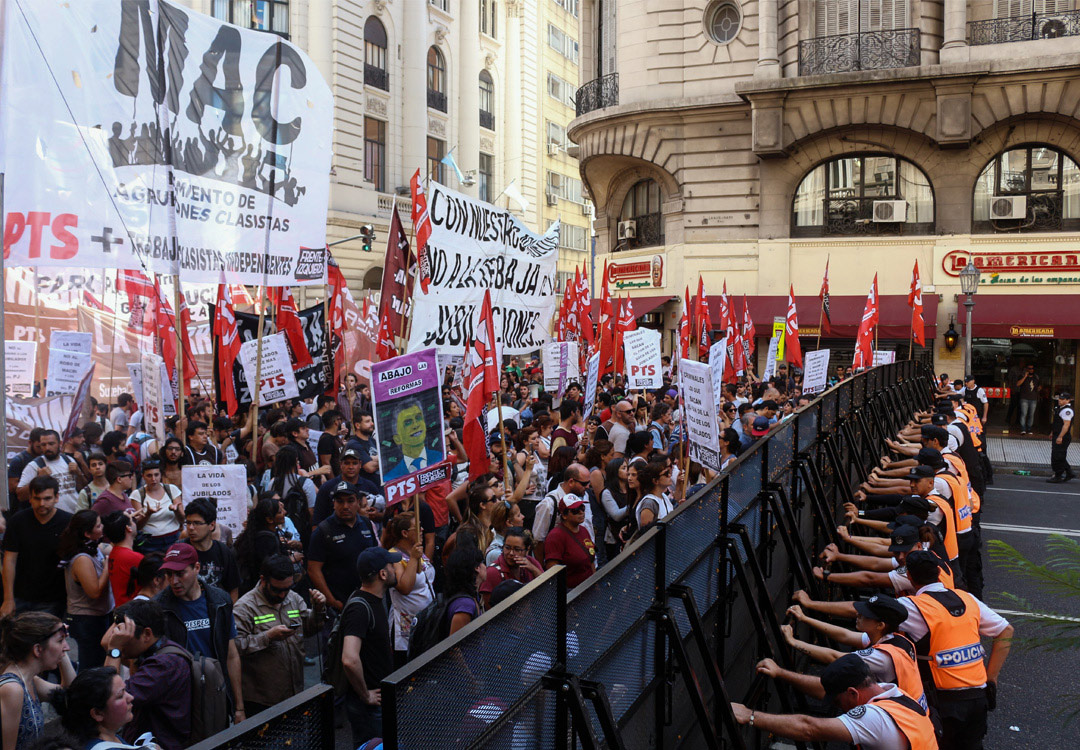 Protests took place in several cities throughout the country, and the response of the government was to crack down on the people in the streets and plazas with tear gas and rubber bullets. Even though Congress tried to keep its session going, the unrest in the Plaza del Congreso in Buenos Aires eventually led to the cancellation of the session. 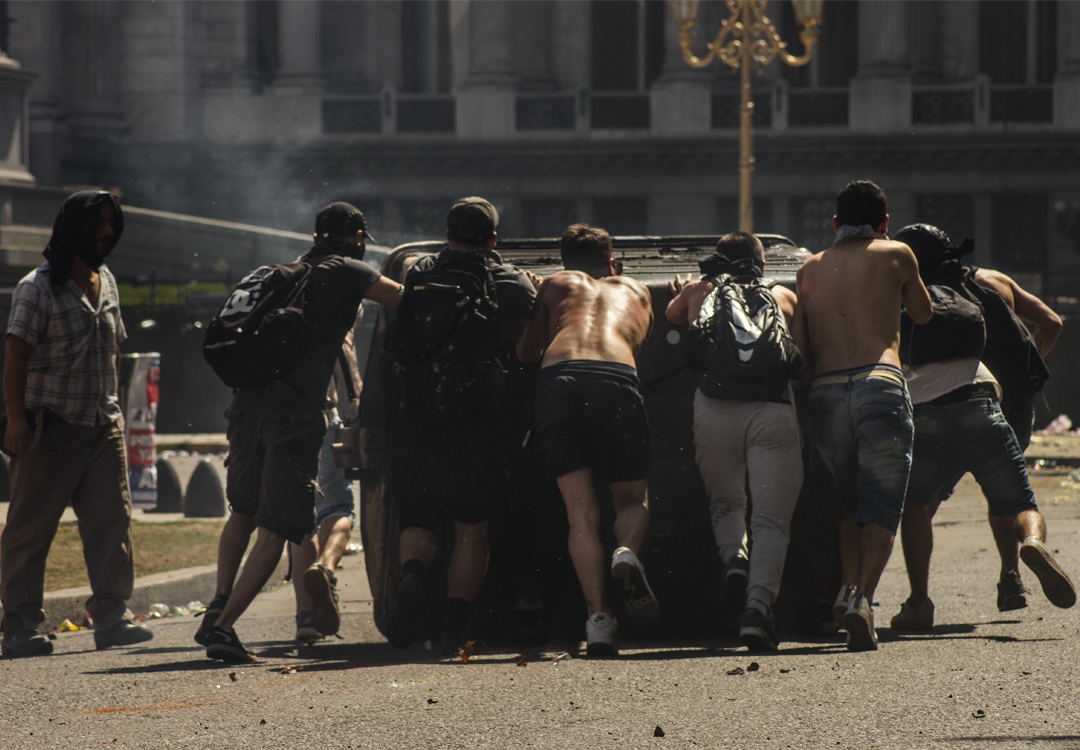 The results of the elections in October boosted the governing coalition (Cambiemos) with an overall victory over Peronism, in both in the capital and the rest of the country. So far unable to pass a significant bill in Congress amidst the ongoing economic crisis, the government now faces the added problems of the potential failure of agreements with the European Union and a national crisis due to the disappearance of a Navy submarine. 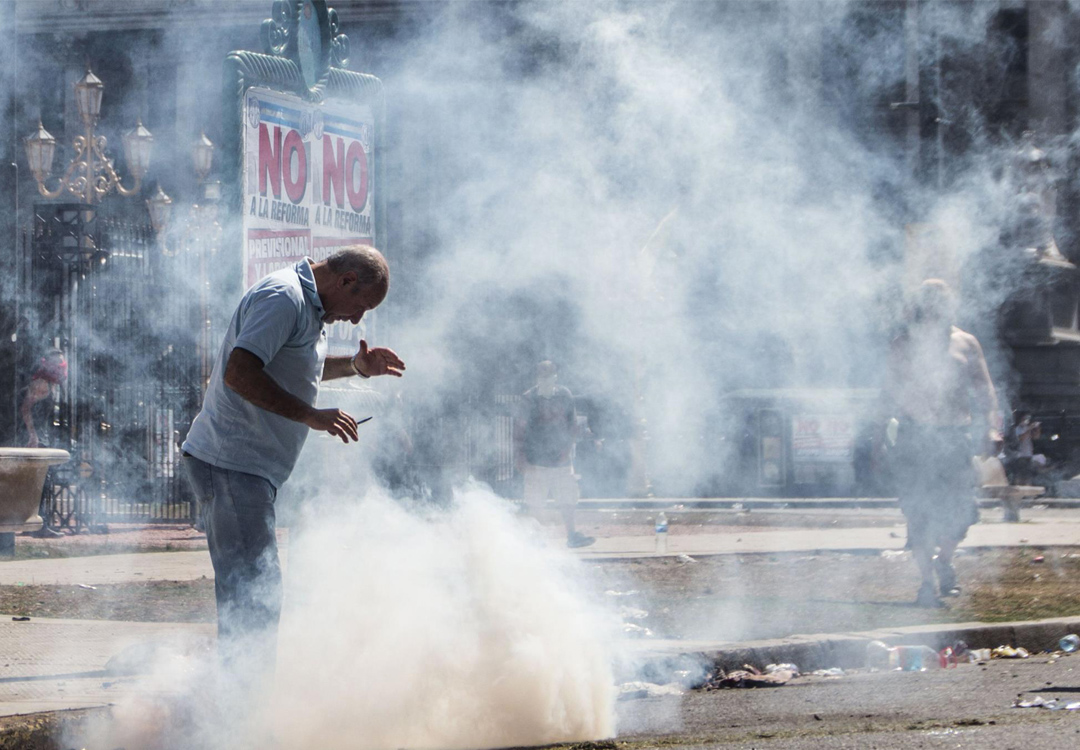 The role played by the union leaders of the CGT (General Confederation of Labor) has been pathetic. At first, they called for a national strike on Friday but they cancelled and failed to repudiate the repression visited on the protesters. Only the CTA (Argentine Workers Central Union) called for a strike on Friday.

Different unions and social movements such as UOM, SUTEBA, CTEP, Barrios de Pie, students’ unions, and other left parties gathered in front of the National Congress and resisted the repression for more than six hours. The PTS and the Movimiento de Agrupaciones Combativas (Fighting Union Organizations – MAC) were on the front lines of the resistance from the beginning. These groups later came together with Congress members Nicolás del Caño and Nathalia González Seligra (PTS-FIT, Left and Workers’ Front), alongside Romina del Plá (National Congresswoman, PO-FIT) and Myriam Bregman (Buenos Aires City legislator, PTS-FIT).

The legitimacy of the national government was weakened yesterday due to the defeat on Thursday. Despite the inaction of the CGT leadership, the session in the lower house of Congress was canceled. The mass mobilizations in the streets of Argentina prove that there is a strong social force willing to confront the Macri government’s push for neoliberal reforms.