Due to massive austerity measures, Brazil’s largest museum burned to the ground. This is a massive loss to all those interested in history, but especially to Rio de Janiero’s working class. 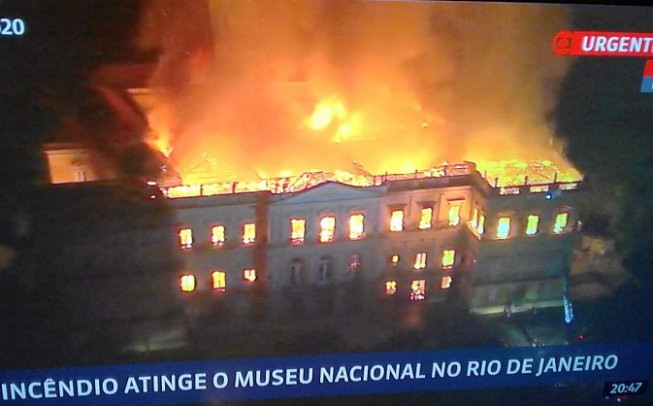 Brazil’s oldest and most historic museum burned to the ground last night, resulting in the loss of tens of thousands of historic artifacts. Brazil’s National Museum was 200 years old and housed 20 million historic artifacts. It contained historic pieces such as the remains of a 12,000-year-old human named “Luzia”, the oldest human fossil found in Brazil. It was also home to one of Latin America’s most extensive collections of indigenous literature and art. It is unclear how many of these items survived the flames, but it is unlikely that much remains.

I am particularly sad about Luzia, the oldest human fossil found in Brazil. She lived in south-central Brazil some 12,000 years ago and was such an important historical artifact. I can't stand the fact that we lost her. pic.twitter.com/B8InTMLNcD

It took hours to put out the fire.

The museum itself had already been a victim of disrepair due to massive government cuts and austerity measures. Only a few months ago, the museum closed its doors because it didn’t have the budget to pay workers their salary, much less keep up with fire safety.

Budget for museum in reals.

This morning the country has awoken heartbroken. That heartbreak is especially poignant for the residents of Rio. The museum was free once a week, allowing Brazil’s working class access to the rich cultural artifacts. The loss of this service comes in the midst of a massive unemployment crisis, with 12 million unemployed in Brazil. The President Michel Temer, who was brought into the Presidency by a soft coup, has been implementing massive austerity measures while ensuring profits for the wealthiest Brazilians.

Victoria Barros, a high school student wrote, “ The most accessible museum to poor population of Rio is on fire. For many children, it’s the only chance we have to see history because it receives field trips from public schools. For a child from the favela like me, we don’t have a lot of access to museums. Getting around the city takes a long time and is expensive. Other museums are very pricey. For me, and kids like me, it was sheer delight to walk through those doors. Today millions of children will no longer be enchanted by past and will no longer be able to root ourselves in that past to dream of the future. All this is because the current government is only willing to increase the salaries of judges, pay public debt, implement outsourcing and increasingly defund educations and erase history.”

In just two months, Brazil’s Supreme Court judges make more than the entire yearly budget for the museum. Every eleven seconds, Brazil pays out the equivalent to the museum budget to the foreign debt.

Isabela Santos, a resident of one of Rio’s favelas and a member of the Movimento Revolucionario de Trabalhadores says “I’ve been crying about this all day. That museum was a very important part of many moments in my life. It’s not like I can afford to go to expensive places, but I could afford this one and now don’t even know if the walls will remain standing. My nephews will never be able to see the mummies, the butterflies and all of the things there that I loved and filled my imagination with ideas of distant cultures. It’s heartbreaking.”

On Monday, protestors mobilized to mourn the losses incurred by the fire and fight against austerity. The police met protestors with tear gas and pepper spray. 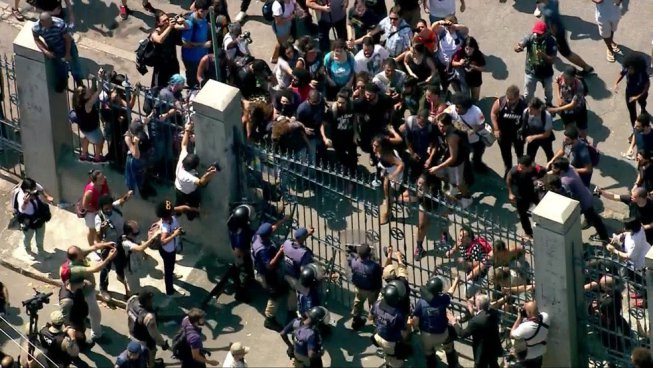 Jean Ilg, a reporter for Esquerda Diario, writes, “The coup government wants Brazil to return to being an absolutely dependent semi-colony. That’s why they want us to surrender our oil to foreign capitalists, cut the science and education budget and bury the history our people have built. They want the return of slavery for working people, with unrestricted outsourcing and the flexibilization of labor laws. It is in this political context that we are witnessing the incineration of our culture and our history.