Billionaires Are Getting Richer. Expropriate the Pandemic Profiteers.

“The dividends are rising, and the proletarians are falling.” — Rosa Luxemburg 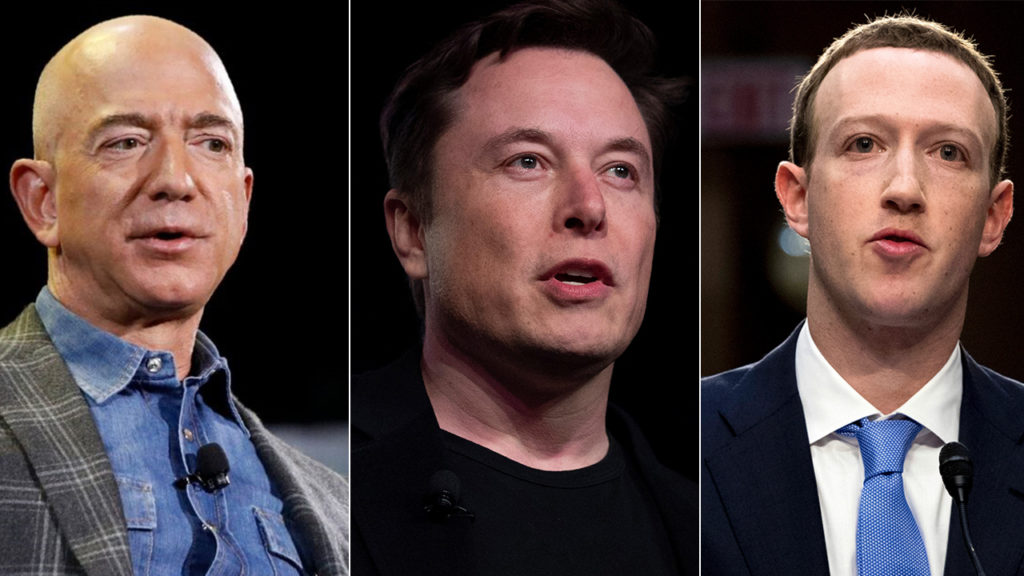 It is difficult to think of a better symbol of capitalism.

In the United States, 15 percent of people have lost a job since the pandemic hit — and of those, more than half are still unemployed. Some 30 to 40 million people are at risk of eviction in the coming months. And up to 50 million people do not have enough to eat, as food banks are stretched to their limits.

You might think the economy is in crisis, but that is not what the capitalist politicians would have you believe. When the stock market and “the economy” are doing well, they claim, we all have better lives. Last week, the Dow-Jones Industrial average reached a historic mark: 30,000.

A recent report from the Institute for Policy Studies shows that since the pandemic began in mid-March, U.S. billionaires have sucked up an additional $1 trillion. That wealth at the top is supposed to “trickle down” to the rest of us. But that is not happening at all.

Why do the incredibly wealthy get to hop around on mountains of money while almost everyone else suffers? The simplest reason is that money is being transferred, directly, from the poor to the rich. As the communist poet Bertolt Brecht put it:

A rich man and a poor man stood and looked at each other. And the poor man said weakly: If I weren’t poor, then you wouldn’t be rich.

It’s not that billionaires are “also benefiting from economic and technological trends that were accelerated by the pandemic,” as Farhad Manjoo of the New York Times would have us believe. It’s that the capitalist crisis is accelerating and amplifying what is already an incredible concentration of wealth. Jeff Bezos “earned” an additional $69 billion since the pandemic began — but in reality, Bezos really just has more than 1.2 million workers generating profits for him. More than 20,000 of them were infected with Covid in the course of generating that obscene sum.

Praising himself when the stock market hit 30,000, Trump said: “I want to congratulate the people of our country.” Yes, working people definitely deserve credit for creating all that wealth. But working people  get almost nothing from their essential labor.

The crisis we are experiencing began long before Covid-19 made the jump to humans. Since the beginning of the Great Recession in 2008, the global capitalist system has been suffering from secular stagnation and a “long depression.” In the face of perpetually low growth, the central banks of the imperialist countries have been flooding the markets with trillions of dollars in cheap cash. And due to the lack of opportunities to invest at a profit, lots of this money is flowing into the stock market. This is why, in a time when the economy is devastated, the stock market is in a frenzy. It is like an impossibly tall Jenga tower balanced on a wobbly table.

Working people in the United States desperately need financial help. And there is clearly no shortage of money. Jeff Bezos could pay a $50,000 bonus to every one of his employees worldwide and he would still have just as much money as he had at the beginning of the pandemic! The billionaires are also clearly not putting their windfall to much use. Bezos and Musk, for example, seem singularly focused on space travel – getting their private companies to repeat accomplishments that the public sector pulled off 50 years ago.

There is plenty of work to do right here on Earth. How about providing housing, health care, and child care to all? For that, we need more than “progressive taxation that can reduce some of the disparities between people at the top and everyone else,” as Manjoo demands. We are living in catastrophic times. We need to take the billionaires’ wealth and put it under the control of everyone. Google, Apple, Facebook Microsoft, Walmart, Tesla — all these companies need to be under the democratic control of their workers and society at large. Expropriation would give humanity the tools we need to confront the existential crises we face.

The liberal opinion writers in the Times are worried about civil unrest as a result of inequality. But unrest is just what we need for things to change.

During the World War I, Rosa Luxemburg drew attention to the fact that the capitalists were having a bonanza in a time of unprecedented suffering. “The dividends are rising, and the proletarians are falling,” she wrote from her prison cell. Just three years later, though, the people who had suffered for so long rose up in a revolution that ended the war and toppled the government.

The capitalists might be doing well for now. They are going to put a chunk of their money into private security and emergency bunkers — only to see, when the day comes, that such things are of little use.