Bombing Them to Save Them: The Imperialist Logic of War

President Trump gave the order to open a new front in the Syrian war Thursday evening. The US Navy launched 59 Tomahawk missiles hitting the ground at Al Shayrat airfield in Syria, site from where the chemical weapons were allegedly launched. 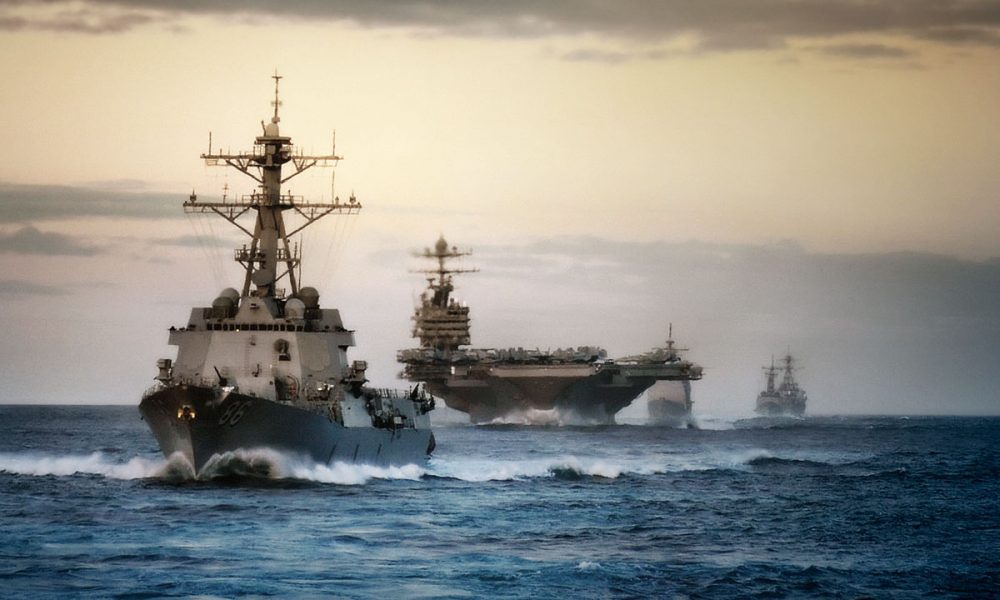 This marks a qualitative shift in the US policies towards the country since the civil war started and a stark departure from Trump’s own campaign promises of trying to collaborate with Russia to curb the Islamic State.

The situation escalated after the use of chemical weapons on Tuesday in the opposition-held province of Idlib, killing 80 people. France and the UK blamed Assad’s regime for the chemical attack, while Russia accused armed opposition groups of keeping chemical weapons stored in facilities bombed by the Syrian air force.

With a disingenuous rhetoric of defending the children from Assad’s regime, Trump ordered the direct airstrikes Thursday evening, marking a break with the previous policy on Syria of no formal military intervention in the government-held territory, while maintaining covert military and financial support of opposition militias, and direct bombing of the areas in control of ISIS.

Trump laid the ground for a military intervention early Thursday when he declared that Assad had “crossed a red line” in using chemical weapons and that “something should happen.” Secretary of State Rex Tillerson went even further and promised an “appropriate response.” Tillerson also asserted that “Assad’s role in the future is uncertain.”

The Trump administration has had a rocky beginning: the emergency ejection of Michael Flynn, the defeat of the ban on immigration (twice), the embarrassing failure at garnering enough support for the replacement of the ACA. Amidst these succession of missteps, a determined intervention in Syria can be seen as an attempt to erase the signs of weakness in Trump’s government and close ranks against a foreign enemy.

Hillary Clinton readily expressed her support for a military intervention to destroy the Syrian air force early on Thursday, and some of the progressive democrats Chuck Schumer and Elizabeth Warren also came out in full support of the bombing. Marco Rubio and John McCain too backed the military action.

Mainstream media like The New York Times and the Washington Post have run favorable stories, departing from the usual liberal critique of Donald Trump. “Trump Administration retaliates for chemical attack in Syria” reads the Washington Post, taking for granted that the US is entitled or even expected to intervene in any country when it deems it necessary. The New York Times published an article that literally interprets Trump’s decision to bomb Syria as a manifestation of his sensibility, claiming from the very title that “On Syria, Trump’s heart came first.” Guided by this magnanimous impulse, Trump decided to bomb the same country he blocked refugees from.

At the same time, the bold intervention in Syria sends a message to Chinese President Xi Jinping, currently at his first face-to-face meeting with President Trump in Florida. The US government has mounted pressure on China to take action to halt North Korea’s nuclear and missile development program. Since 85 percent of North Korea’s trade happens with or through China, a commercial sanction imposed by Beijing would have an enormous impact on Pyongyang. But China has been reluctant to do so, because such a hefty blow to the Kim Jong-un administration could destabilize the country, and even open the possibility of the North Korean regime’s fall and a reunification of Korea. Such an outcome could mean US military presence on the border with China.

What can we expect from Putin?

Although Putin strongly condemned the US attack at Al Shayrat airfield, it is still unclear what the reaction of the Russian government will be. The Pentagon took the precaution of informing the Kremlin in advance about the airstrikes so they could pull back Russian forces from the target site and avoid Russian casualties. But the story will not end there. Russia is deeply invested in maintaining Assad in government (the naval facility in Tartus is Russia’s only military base left in the Middle East), and its military support has been decisive in the reconquest of territory from the hands of the opposition.

Taking advantage of Obama’s more moderate policy (due to strong opposition in the US to the bombing of Syria in 2013), Russia intervened heavily in the conflict throughout 2016 and tipped the balance in favor of Assad’s forces. The outcome was a disproportionate strengthening of Russia’s regional influence in the main hotspot of the geopolitical arena.

If the airstrikes were–as they were presented–only a warning to the Syrian and Russian governments over the use of chemical weapons, we could expect no consequences or retaliation. An open confrontation with the US military is a scenario that Putin prefers to avoid. However, it is likely that the Trump administration would redouble and deepen the military intervention in Syria to undermine Russia’s ascendancy in the region. It is unclear yet if this would take the form of on-the-ground intervention, but new troops were deployed in the first month of Trump’s presidency. The US and Russia have conflicting interests in Syria, and a clash between their forces is far from ruled out, unless Russia decides to retreat in response to Trump’s emboldened offensive.

After the popular uprising in 2011, the Syrian opposition was met with violent repression by Assad’s government. In the span of a year clashes turned into an armed conflict between the Syrian army and several armed groups, many of them backed by the US or US-allies (notably Turkey). Two additional actors further complicate the situation: the Kurdish independent state of Rojava, probably the only broadly progressive force in the conflict, and ISIS.

Syria became a battlefield where regional powers and imperialist countries flex their military muscle and try to gain the upper hand in the strategic region of the Middle East. The Syrian people have only paid the price. European countries and the US have ramped up restrictions to refugees coming from Syria when this international solidarity is most needed.

Although the scenario is complex, one thing is sure: the US military intervention will not bring any solution to the Syrian people. Furthermore, the meddling of the US in Afghanistan, Libya and Iraq has had disastrous consequences that are visible today. The most recent attack in Mosul by the US military under Trump’s command left up to 200 civilian casualties.

Activists involved in the anti-Trump resistance, in the women’s and pro-immigrant movements as well as the broader left should firmly reject this and any military intervention of the US in foreign countries. Several demonstrations were organized for Friday in big cities like New York and Chicago.

In the face of Trump’s national chauvinism, we need to advance the most radical left-wing internationalism. This begins by standing up against the bombing of Syria, opposing US military interventions worldwide, and demanding open borders for all refugees.