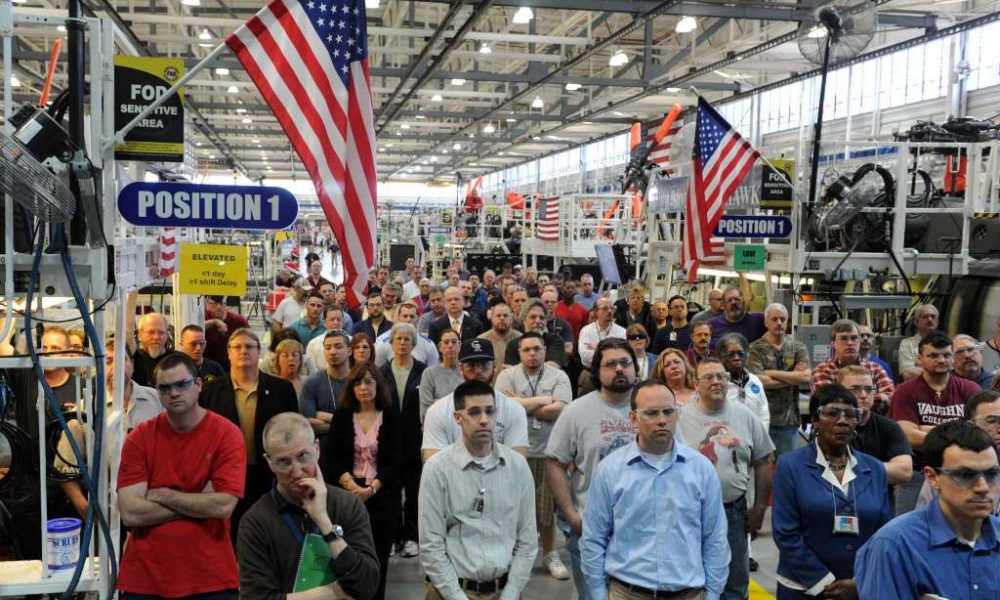 Left Voice: Who are you and what do you do?

Vinny Caizzi: My name is Vinny Caizzi and I am a Machine Repair Technician at Sikorsky Aircraft. I am a proud active member of our union, Teamsters Local 1150 based in Stratford Connecticut. I am also a Union Labor Steward and my job Is to protect our Collective Bargaining Agreement. I am an elected member of Stratford’s Democratic Town Committee.

What does Sikorsky produce?

Sikorsky produces commercial and military helicopters. We produce Military Helicopters for both U.S. and foreign governments. Most notably is the Black Hawk.

Are you still working?

Yes, I am still currently working.

The state of Connecticut considers Sikorsky workers essential because of manufacturing and the federal government because we are a defense contractor. I do understand maintaining national security in a crisis but I do not consider myself an essential worker in a health crisis of this magnitude where less people coming in contact with each other would cut the risk of spreading the virus.  I do feel obligated to be at work to make sure I am there for the union members that I represent.

Yes and no, fewer people at work currently makes it easier to avoid close contact. We are provided with some PPE. I feel the best way to be safe is to let us stay home with pay.

Among my co-workers, it is really a lot of mixed feelings. Some people are worried and would like to be at home preferably with pay and some would like to continue working.

What kind of health and safety precautions, if at all, is your plant following to keep workers safe?

We are practicing social distancing and being asked to wear provided masks when working closely with others. We are being asked to wash our hands very regularly and there are hand sanitizing stations around the shop.

In Italy, workers went on a general strike, in France, aeronautics workers protested, in the U.S., there have been walkouts and strikes in meatpacking, Amazon, General Electric, and at the Big Three auto makers, among dozens of other workplaces, for health and safety demands as well as for closing non-essential production with pay. What are your thoughts on stopping non-essential production?

The GE protests were particularly inspiring because the workers, many of whom were laid off, want to retool their plants to produce badly-needed ventilators for hospitals. Do you think such a demand would be popular in Connecticut manufacturing?

I believe considering Connecticut being one of the hardest hit states it may be popular and necessary.

Healthcare workers in NYC have started to organize together in cross union, cross disciplinary coordinating groups. The same thing has been happening in Connecticut. What is the Connecticut Workers Crisis Response group? And how did you get involved?

CWCR is a collaborative group of Connecticut Labor and Social Justice movements, non-union members, unemployed and underemployed workers putting forward a plan to fight for a future where workers are not economically and medically devastated. I got involved in CWCR through a friend and fellow labor activist.

The CWCR recently released a Plan of Action that details a working class response to the crisis. Of all the demands in the Plan, which one resonates with you most?

The plan as a whole resonates with me because I feel working people need more a voice and more protections but in my current situation the one that stands out the most is hazard pay for essential workers.

Have your coworkers been responsive to the Plan of Action?

Some of them have engaged with CWCR on social media.

What do you think needs to be done to combat the coronavirus crisis? How can the labor movement respond to the crisis?

I believe the labor movement could organize their union members around a plan like the CWCR, I also think right now is a good opportunity to organize workplaces that do not currently have a union. It is time to build more power in the workplace for working people.

Two weeks ago, the government ‘stimulated’ the economy to the tune of two trillion dollars with most of it bailing out corporations. Do you think the money could have been better spent?

Yes, I think the money should have been spent on people only and not given to corporations. I believe we could have provided everyone in the country with universal basic income and medicare for all while crisis is going on, but I believe it is something that we should be doing permanently.

What’s next for you? And CWCR?