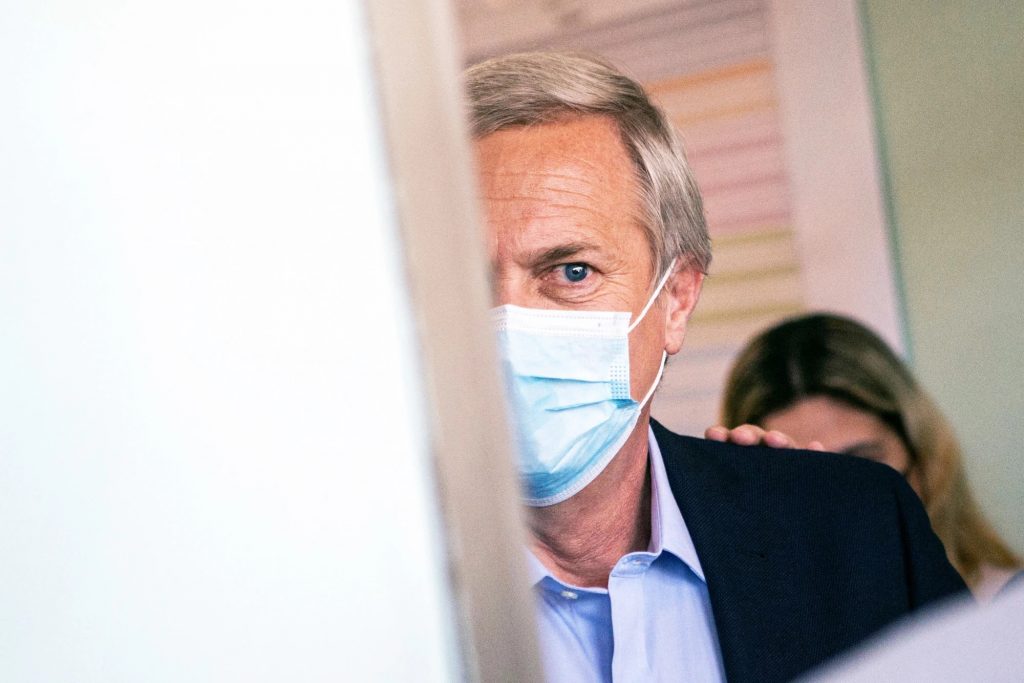 José Antonio Kast, one of the two candidates for president in Chile who made it to the upcoming second round on December 19, flew to the United States late Monday night to embark on a tour aimed at convincing American business leaders to back his ultra-right wing program. He will meet with executives in the financial, technology, and renewable energy sectors, among others.

Kast, who has praised the Chilean dictatorship of Augusto Pinochet (1973–90), will begin his tour in Washington, where he is slated to meet with Senator Marco Rubio (R-FL), a supporter of Donald Trump. According to media reports, Kast will discuss “the challenges of Latin America” with Rubio, who represents part of the most conservative wing of U.S. politics. He will also meet with the Inter-American Dialogue and the Americas Council/Council of the Americas, two groups that bring together gringo businesspeople around the ideology of neoliberalism and other policies that benefit their quest for higher profits on their investments, such as lower taxes and lower wages for workers.

This sudden visit is a response to Kast being characterized in the international press as a candidate of the extreme Right, both for his conservative social views and his neoliberal economic positions. The candidate is hoping his imperialist bosses can give him some advice on how to change how he’s perceived without actually changing his positions. He’ll surely have to moderate some points of his program, but he won’t be changing the overall neoliberalism at its core.

Kast is hated by hundreds of thousands Chileans, but he received the support of the entire traditional right wing, which has also recommended to him that he moderate a bit of his program to make it more digestible and win more votes. His candidacy, though, is a reaction to all the demands raised during the popular rebellion that began in Chile in October 2019 — and its essence will remain. He defends the privatized pensions, education and healthcare based on the market, the repression of social protests, ongoing militarization in the ancestral territory of the indigenous Mapuche people, and the plundering of Chile’s natural resources by multinational corporations. These companies — Albemarle, based in North Carolina; Anglo American, headquartered in London; and Barrick Gold, out of Toronto — will surely be supporting Kast.

As the Chilean ultra-right seeks the support of businesspeople and politicians in the United States, Chilean students, youth, workers, women, and the LGBTQ+ community should adopt as our reference those in the United States who rebelled against police brutality and the racist policies of Donald Trump. Through the “Black Lives Matter” movement, Black youth and workers confronted the hate speech spewed by the former president and his most extreme followers, and raised the demand to abolish the police, who have a long history of abuse against people of color and the youth in the United States.

In Chile, we should follow that example. We should resume what began in October and November 2019 and organize ourselves in assemblies in the high schools and universities, in the unions, regionally, and so on, to confront the advance of the extreme Right. The Right already poses a serious danger for the working class, women, LGBTQ+ people, and the Mapuche people, not only because of its hate speech but also because it has won representation in the parliament. In fact, the Right won half of the Senate.

We must propose a program that begins with freedom for all the prisoners of the rebellion, and that stands for the demilitarization of the Mapuche lands and their return to the Mapuche people. We must demand wage increases, pensions, free public health and education, and housing, and develop a plan of action to win them. The CUT trade union confederation, the dockworkers union, the union of college professors, and the Confederation of Chilean Students should call assemblies to discuss this perspective and organize, so that we can confront the ultra-right that threatens our rights and seeks to carry out new attacks on the working class and all the oppressed.