Climate Summits Won’t Save Us: We Need to Protest COP26

For the past three decades a select group of world leaders, scientists and environmental NGOs have regularly met at such international gatherings. Yet despite all the discussions global emissions have continued their relentless rise. 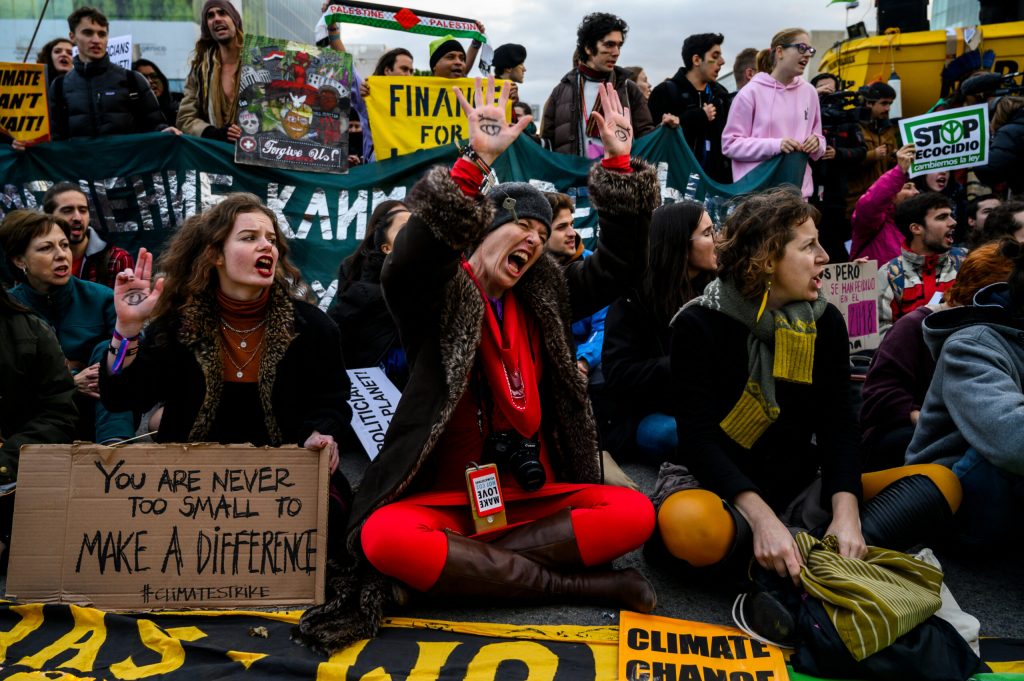 What might Greta Thunberg say about the upcoming United Nations Conference of the Parties (COP26) summit being held in Glasgow from 31 October to 12 November? Probably—if the recent speech she gave at the UN Youth4Climate conference in Italy is anything to go by—it would be something like: “blah, blah, blah”. “They’ve now had 30 years”, she said, “of blah, blah, blah. And where has that led us? Over 50 percent of all our CO2 emissions have occurred since 1990, and a third since 2005.”

For the past three decades a select group of world leaders, scientists and environmental NGOs have regularly met at such international gatherings. Yet despite all the discussions global emissions have continued their relentless rise.

The history of UN climate conferences isn’t really one of failure. These summits were always as much about greenwashing the status-quo as anything else—providing a way for the people who created the climate crisis to present themselves as being part of the solution. In this, unfortunately, they’ve been very successful. Political leaders have learnt how far a bit of green-sounding rhetoric will go. And they know they can rely on the mainstream media to faithfully report, as Thunberg noted in her speech, “on what leaders say they’re going to do, instead of what they’re actually doing”.

The annual Conference of the Parties was started in 1992 under the UN Framework Convention on Climate Change. The main achievements of these UN sponsored climate talks have been the Kyoto Protocol, which was adopted in 1997 and went into force in 2005, and the 2015 Paris Agreement. The goals of the Kyoto Protocol were modest, to say the least. For many developed countries, it didn’t require any emissions cuts at all until at least 2013, and the world’s biggest emitter at the time, the United States, never ratified it.

The Paris Agreement looks more impressive on paper. It set the goal of limiting global heating to 1.5 to 2 degrees Celsius, and to achieving net zero emissions by 2050. But it allowed countries to set their own targets, with the predictable results. Australia’s 2030 target, for instance, is a 26-28 percent reduction in emissions from 2005 levels. And that’s taking into account the highly dubious use of “land use change” (which measures emissions from changes in the rate of deforestation, as well as reforestation where that occurs), which accounts for almost all of the Australian government’s claimed emissions reductions since 2005.

The Agreement hasn’t yet resulted in any actual drop in global emissions. Between 2005 and 2019, global carbon emissions increased from 29.42 billion tonnes to 36.45 billion tonnes, a rise of 24 percent. And according to the UN’s own forecast, based on existing commitments made under the Agreement, global emissions will still be 16 percent above 2010 levels by 2030. To have a good chance of limiting warming to 1.5 degrees, scientists think, we need a cut of at least 45 percent in global emissions by then. Our current trajectory puts us on course for a much greater temperature rise.

It was clear from the start that the Paris Agreement wouldn’t live up to the initial hype. In place of the kind of radical, transformative change we need to avoid climate catastrophe the commitments made under the Agreement merely provide the appearance of action. COP26 will, according to the summit website, “bring parties together to accelerate action towards the goals of the Paris Agreement and the UN Framework Convention on Climate Change”. But this isn’t anything much to boast about when the goals themselves are so utterly inadequate to the task at hand.

It’s futile to place our hopes in yet more international talk-shops like we’re going to see at COP26 in Glasgow. As Thunberg suggests, instead of focusing on the green rhetoric and long-term targets, we should be focusing on what global leaders are doing in the here and now. On that level, it’s clear: not only are major global emitters like the US and Australia failing to meet their obligations, they’re not even trying.

The Australian government has its sights set on the indefinite prolongation of the country’s current coal and gas boom. A recent study in Nature found 95 percent of Australia’s coal reserves must remain in the ground if we’re to meet our obligations under the Paris Agreement. Yet everything the government is doing points in the other direction—from its determined support for the opening-up of the giant Galilee Basin coal reserves in northern Queensland, to its recent approval of three new coal projects in the space of a month.

It’s possible that international pressure will lead, at some point, to Scott Morrison adopting the (effectively meaningless) target of “net zero by 2050”. But that won’t change the facts on the ground. And the same is true of US President Joe Biden. Much has been made of his supposed green credentials. But in practice since his election it has been business as usual for the US fossil fuel industry.

In Australia we will have a chance to generate some of that hope for ourselves, when we join others around the world in taking to the streets on Saturday 6 November for a global day of action for climate justice. The protests here are being organised by Uni Students for Climate Justice. I urge you to join us, because no one is coming to save us except us.