COP26: An Environmental and PR Masquerade for the Pyromaniac Leaders of the Great Powers

On the eve of new multilateral climate negotiations at COP26 in Glasgow, China and Russia are deserting the framework, while the West takes the opportunity to cloak itself in green. As is to be expected, the outcome will, at best, be whistling in the wind. 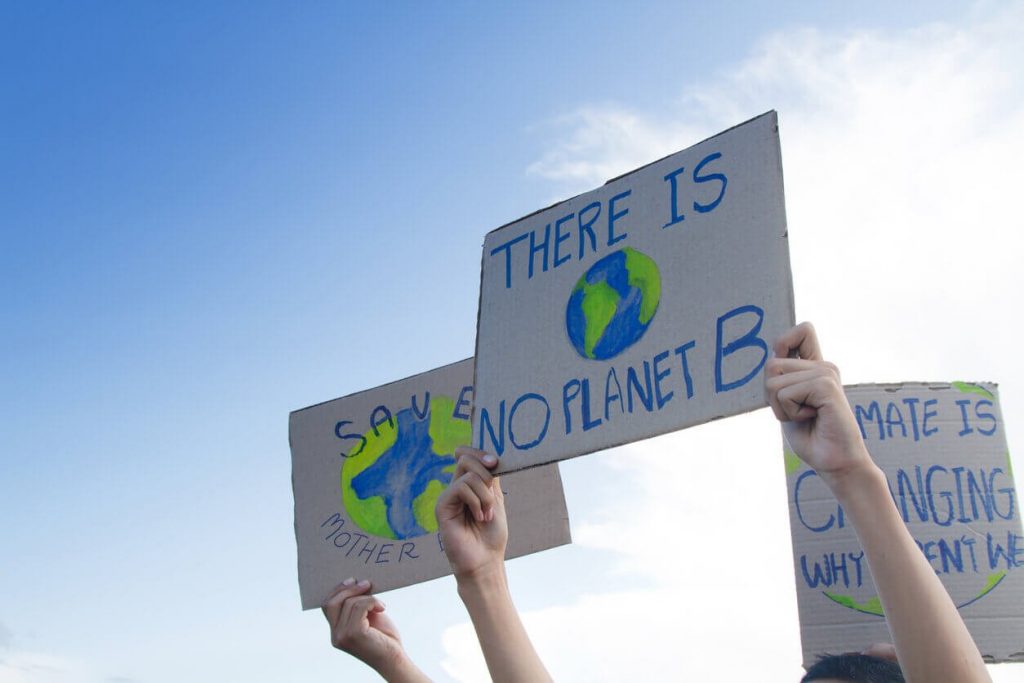 The 26th United Nations Climate Change Conference will be held in Glasgow, Scotland, from October 31 to November 12, a year after it was postponed due to the Covid-19 pandemic. Political leaders from across the globe will meet to discuss measures to take to halt climate change.

Since 1988, reports from the Intergovernmental Panel on Climate Change (IPCC) have warned about global warming. Today, the issue has become crystal clear: greenhouse gas emissions must be reduced by 80 to 90 percent by the year 2100 to avoid warming beyond 1.5°C and as high as 2°C. Just a few weeks after the latest worrying report from the IPCC, which states that the threshold of a 1.5° increase could be reached as early as 2030, the Glasgow meeting becomes that much more ominous. If quick action is not taken, the future described in dystopias such as the 2013 film Snowpiercer could become more than fiction.

Hopes are faint, though, and for good reasons. Since 1976, country leaders have been meeting at international conferences without moving the global warming needle one iota. Sure, some agreements have been negotiated and signed: the United Nations Framework Convention on Climate Change was signed at the 1992 “Earth Summit” in Rio de Janeiro, aimed at preventing  “dangerous anthropogenic interference with the climate system.” But its article 3, paragraph 5, is pretty indicative of the content of these discussions; it states that “measures taken to combat climate change, including unilateral ones, should not constitute a means of arbitrary or unjustifiable discrimination or a disguised restriction on international trade.” In other words, free enterprise and trade always come before protecting ecosystems.

Six years after the 2015 Paris Climate Accords at COP21, these meetings — launched with great fanfare — sound more like a succession of broken promises. Nearly 200 countries pledged then to keep temperatures below a 2°C increase (compared to the pre-industrial era), and below 1.5°C if possible, by the end of the century, and to achieve carbon neutrality halfway through the century. Today, the fact is that no country, with the exception of Bhutan, has respected this agreement. Greenhouse gas emissions continue to increase on a global scale!

A Diplomatic Challenge for the World’s Powers

COP26 aims, finally, to achieve compliance with these various agreements by adjusting the objectives or even trying out some new ones. No fewer than 30,000 experts, diplomats, lobbyists, and climate activists will be present. However, the leaders of some countries — including from the world’s biggest polluters — are boycotting what is supposed to be a multilateral conference. This includes Vladimir Putin, who will not attend, and Xi Jinping, who will only address the gathering by video from Beijing.

“China has already stated that it’s difficult to imagine building a climate coalition given the growing tensions with the United States, particularly in the Asia-Pacific region,” which  risks “very concretely weakening the negotiations at the decisive COP26 summit,” states an analysis in Les Echos. Moreover, even though Xi has spelled out new commitments to begin cutting its emissions by 2030 and achieve carbon neutrality by 2060, it’s difficult to take these promises seriously.

If no one is buying this rhetoric from the “world’s factory” that is today responsible for a quarter of global greenhouse gas emissions, it should be noted that Western countries are singing the same tune. Boris Johnson, the UK prime minister, wants to continue with his post-Brexit economic plan dubbed “Global Britain,” aimed at maintaining the UK’s economic position around the world. Emmanuel Macron, the French president, is trying to revive his environmental bona fides with his greenwashing “France 2030” plan ahead of next year’s elections. As Révolution Permanente wrote recently, “It’s no surprise that the France 2030 plan presented by the government as the miracle cure for environmental transition gives pride of place to an ultra-liberal economic vision. Behind its environmental veneer, the plan actually looks more like a pro-business plan to boost the competitiveness of French companies.”

It is clear that beyond the discussions around climate agreements, COP26 is also about economics. A big part of the trade war between China and the United States concerns so-called “green energy.” China has many of the raw materials needed for production within its territory, and the sector represents some potentially very juicy new value chains.

We Can Expect Nothing from the Bourgeoisie!

At best, then, COP26 will be just so much whistling in the wind. That isn’t stopping some from embracing its framework. Europe Ecology – The Greens (EELV), for instance, is rushing to embrace the bourgeois strategy of institutional solutions to the climate disaster despite the clear result of every COP so far is glaring failure. The party’s presidential candidate, Yannick Jadot, has even gone so far as to assert the fraud of COP26 as “an essential moment that must save humanity.”

In truth, though, we can expect nothing from the governments that value the interests of the bosses over those of the great majority of people and, more particularly, our class. Our only hope to reverse the curve of greenhouse gas emissions is through an urgent and class-independent struggle in our workplaces and in the streets!

As refinery worker Adrien Cornet put it at the rally to launch the revolutionary presidential campaign of Anasse Kazib:

COP26 in Glasgow in November will be yet another episode in which the bosses and the states that serve their interests collectively pretend to be concerned about climate while maintaining the very system that is destroying this planet. Macron, like most capitalist governments and the Green parties, promises us a green transition hand in hand with business. … Capitalism is destroying the planet, so we will have to destroy capitalism.

This is the context of our urgent tasks. We must expropriate the capitalists and take away from them the means of production. We cannot leave the levers of the economy in their hands when all they think about is profit. This is particularly the case in strategic sectors such as energy and transport, which are key to the necessary transition. All this must be done under workers’ control. We can have no confidence in their state, which in France has dismantled the national electric utility, privatized the railways, and so on.

First published in French on October 29 in Révolution Permanente.

Translation and updating by Scott Cooper