Covid-19 Vaccines Are Being Thrown Away

Despite rising Covid-19 cases and deaths around the United States, the highly anticipated vaccine, which began being distributed in December, has been sitting shelved in hospitals and clinics around the country. Many vials have even been left to expire and be discarded. 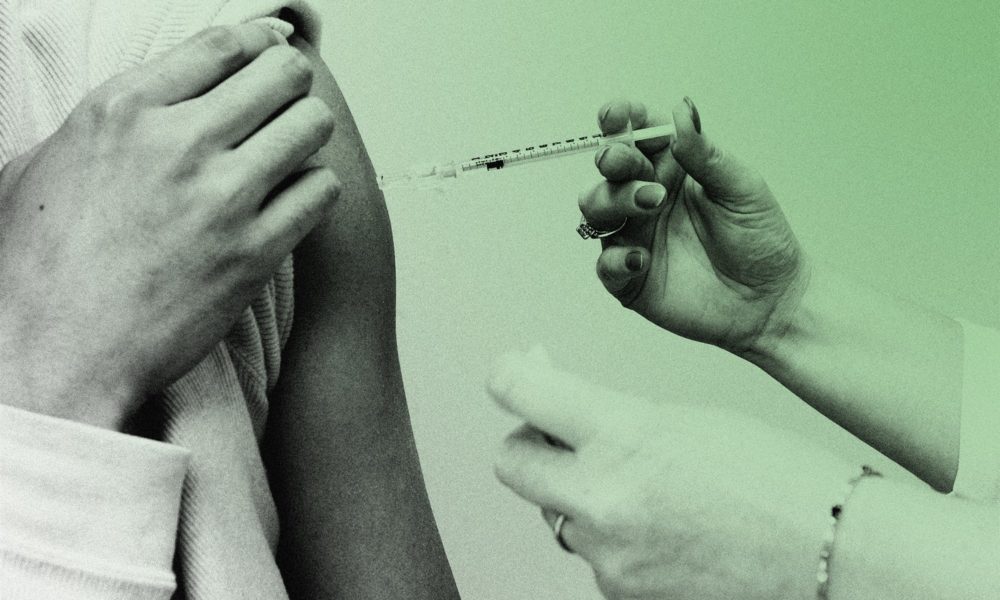 After nearly a year of the “race for a vaccine,” the bungled rollout of the highly anticipated Covid-19 vaccination has once again highlighted the utter failure of the U.S. response to the coronavirus. The first shipments of Pfizer and Modern’s Covid-19 vaccines began to arrive in states throughout the country on December 13 with the express goal that 20 million people would be inoculated by January 1. However, since then, the U.S. not only failed to reach that goal, but also allowed thousands of unused vials of the vaccine to expire and be discarded.

Meanwhile, on Tuesday, the United States reported yet another grim milestone, with 4,200 deaths in one day, the highest single day death-toll since the start of the pandemic. To date, over 384,000 people have died from coronavirus in the United States alone. The numbers are staggering, and officials are warning that the upcoming weeks could see even more deaths and infections. The UK variant of Covid-19, which appears to transmit more efficiently between people, was first detected in Colorado and, as of January 4, has already been detected on the opposite coast in New York. The new variant has an increased R0 value (the average number of people one sick person infects) of 1.5 rather than 1.1, meaning, for example, that 100 sick people will infect another 150, rather than 110, on average. Even despite the potential havoc this new, more transmissible strain could cause, vaccines have been sitting on shelves unused and wasted.

In spite of assurances from officials in charge of Project Warp Speed that all Americans who want a vaccination will receive one by June 2021, only about 7 million shots have been administered as of this week, far behind the initially projected track to reach that goal.

In many cases, state officials are too rigidly setting limitations for priority populations, making it difficult to distribute all of the available doses of the vaccine. In clinics and hospitals throughout New York, for example, hospital staff were forced to throw out precious vaccine doses because of difficulties finding patients who matched precisely with the state’s strict, yet ambiguous, vaccination guidelines. Doctors who wanted to use the additional vaccines on high-risk patients, such as those who are HIV positive or who have diabetes, refrained for fear of violating the state rules and the repercussions that could come with inoculating those outside the specified mandate. Even with the most recent guidelines, those who “fit the criteria” are unclear. For example, frontline grocery store workers are eligible. However guidelines don’t specify whether that includes bodega workers or other food store workers. Regardless, when it comes to the decision to either vaccinate someone outside the guidelines or let vaccines go to waste for fear of repercussions from the state, the answer should be obvious, especially in the interest of public health at large.

Vaccine providers face steep penalties if they administer a vaccine to a patient outside the bounds of the strict guidelines. Montefiore New Rochelle Hospital, located just outside of New York City, is currently under investigation for prematurely vaccinating city and school system employees in New Rochelle. Montefiore — the same hospital whose nurses went on a two day strike in December for safe staffing ratios and safe working conditions — is now facing potential sanctions and penalties. The DOH also said that the hospital’s vaccine supply would be reallocated to the Westchester County Health Department

However, only after weeks of delays and a backlog of hundreds of thousands of unused coronavirus vaccine doses piled up or were thrown away did Governor Cuomo expand the eligibility to receive a vaccine.

And as vaccines go to waste across the United States, it is ever more glaringly apparent how much worse the international poor and working class will suffer as a result of capitalist, imperialist gluttony. Wealthy imperialist nations like the United States have reserved more vaccines than they need — 4 vaccinations per capita — and developers will not share their intellectual property, prohibiting the vaccine from being manufactured at a much larger scale and more quickly. Billions of people around the world will not receive the Covid-19 vaccine for years to come, with conservative estimates suggesting many might not get vaccinated until 2024. Rich countries with only 14% of the world’s population have bought up 53% of the eight most promising vaccines, leaving the Global South, which has experienced some of the most acute crises, to die.

Throughout the pandemic we have seen the government’s negligence and corporations’ drive for profit. The resulting economic and health crises have wrought havoc on the lives of the working class — from PPE shortages for healthcare workers, hours-long wait times to receive a Covid-19 test, to the current disastrous and wasteful vaccine rollout. Although infuriating, it is unsurprising for a country whose healthcare system is based on capitalist profit.

The only way to solve these ills is to nationalize the healthcare system under worker control. As we have seen since the beginning of the pandemic, healthcare workers on the front line have shown that they can react quickly and make decisions centering patient health over profit. Capitalism will never give us what we need. We not only need a new healthcare system, but a new economic system that values life over profit.