CUNY For Abortion Rights: An Independent Movement for Reproductive Justice

CUNY for Abortion Rights was formed recently to organize CUNY faculty, staff, and students to fight for reproductive rights. Their points of unity highlight the struggle for abortion rights as part of a larger struggle for social justice. 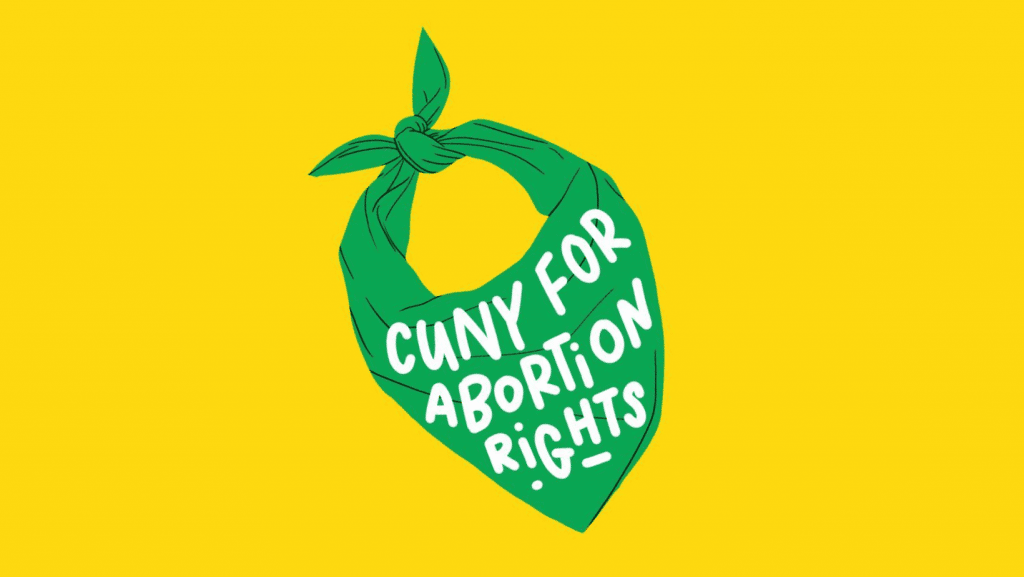 After the Supreme Court document leaked, members of Left Voice, alongside other CUNY adjuncts and students created CUNY for Abortion Rights which brings together staff, faculty, and students at CUNY to fight for reproductive justice. As of now, 200 people have signed up to participate and every CUNY campus is represented. Members of other left and activist groups are represented among the coalition as well.

So far, this coalition has organized a walkout at Brooklyn College, which received local media attention. It has participated in and supported a protest at College of Staten Island for abortion rights, as well as engaged in a panel organized by Political Science Graduate students on abortion rights.

The coalition recently met to discuss and vote on points of unity, which underscored the need for CUNY for Abortion Rights to be an independent movement in the streets and at CUNY for reproductive justice, which supports and fights for all oppressed and exploited people.

What We Stand For: Political Points of Unity

1. Free, Safe, and Legal Abortion: We demand free, safe and legal abortion that is easily accessible for anyone who seeks one. Banning abortion will not end abortion, it will only mean that pregnant people, especially working class people and people of color, will not be able to access safe abortions. We fight not only to defend the protections stipulated in Roe v. Wade, but we also demand legislation guaranteeing this basic right so it becomes federal law nationwide.

2. We Need an Independent Movement in the Streets and in Our Schools and Workplaces: In order to win abortion rights, we will need to mobilize. Our movement is independent from the Democrats and Republicans — we won’t win our rights by relying on Democrats who have been promising to protect abortion rights for 50 years with nothing to show for it. We vow to organize on each and every CUNY campus to take our fight to the streets.

3. Fight the Right and Every Attack on Democratic Rights: The right is not only attacking basic rights like abortion, but also the right to vote, the right to teach and learn about the real history of the US, LGBTQ+ rights, and more. The white supremacist far right ran over protesters in the BLM movement, stormed the Capitol on January 6 and is now puting forward anti-democratic legislation. Our group organizes to fight the Right and for each of the rights they want to take away.

4. Fight for Trans Rights:  Abortion is not just a women’s rights issue; it’s an issue that affects  trans men and non-binary folks as well. And the right wing that is coming for abortion rights is attacking trans rights and especially the rights of trans kids. We fight against every single anti trans and anti-LGBTQ+ bill and for the bodily autonomy of every trans person.

5. Against Racism, Patriarchy, Xenophobia and All Oppression: CUNY for Abortion Rights is an intersectional space. The fight for abortion rights is connected to the fight against all oppression because banning abortion will disproportionately affect the most marginalized sectors of society. We stand in solidarity and in community with every marginalized group. We believe that Black Lives Matter. We stand against racism, the patriarchy, xenophobia, ableism, homophobia and transphobia.

6.  Unionize every Workplace, Every Union Should Fight for Abortion Rights: The unionization wave we are seeing at Starbucks and the formation of the Amazon Labor Union and others are essential for workers to fight for their rights. Many CUNY students work at these companies that are fighting for a union, so this is an issue that affects the broad CUNY community. We are against all union busting and believe all workplaces need unions.

Many CUNY students, staff, and faculty are also members of unions, and the fights being put forward in those unions and the new ones being fought for around the country can only strengthen our ability to fight effectively for our rights whether it is the right to an abortion or the right to a living wage. We also believe all unions should mobilize their members to fight for abortion rights. We demand that CUNY unions, like  the Professional Staff Congress (PSC) and District Council (DC) 37 take action for abortion rights.

7. Guarantee the right to parenthood: We not only fight for the right to not become parents, but also for the right to parenthood. This means fighting the racism embedded in medical institutions that lead to higher mortality rates for Black people who are pregnant, as well as fighting the discrimination queer couples experiences in adoption. We fight for guaranteed parental leave and structural support for parents, especially public childcare and affordable housing, meals and transportation.

8. Against Imperialism: All too often, women’s rights are used as an excuse for imperialist invasions. We reject that logic. U.S. bombs, guns and weapons are not humanitarian; they hurt people all over the world. It is often the military, political, and financial intervention of the U.S. in other countries that supports conditions for gender oppression for millions of women and LGBTQ+ people across the world. We stand against the forced sterilizations of indigenous, immigrant and Black women, including those that continue to occur in ICE detention centers today. We stand with immigrants and oppressed people all over the world who are often displaced due to US imperialism.

We stand with the Palestinian people and believe CUNY should boycott and divest from the Zionist state of Israel.

9.  For a People’s CUNY: CUNY is the largest urban university system in the United States and is the study and workplace for hundreds of thousands of working people across the city. Everyone has the right to an education. We demand a free CUNY whose resources are at the service of the working class, poor and people of color of New York City. We demand that CUNY pay its adjuncts and other staff a living wage.

10. Abortion is Healthcare and Healthcare is a Right: We demand free abortions and free, accessible healthcare for all in a public healthcare system. This includes free mental health services that we all need, including and especially the young people who spent formative years in coronavirus lock down. This can easily be paid for by taxes on the billionaires who profit off of our labor and by defunding the police, military and ICE. We also demand that the state does not interfere with the doctor-patient relationship and that medical information privacy is protected.