Cuomo Would Rather Squeeze the Working Class Than Tax the Rich 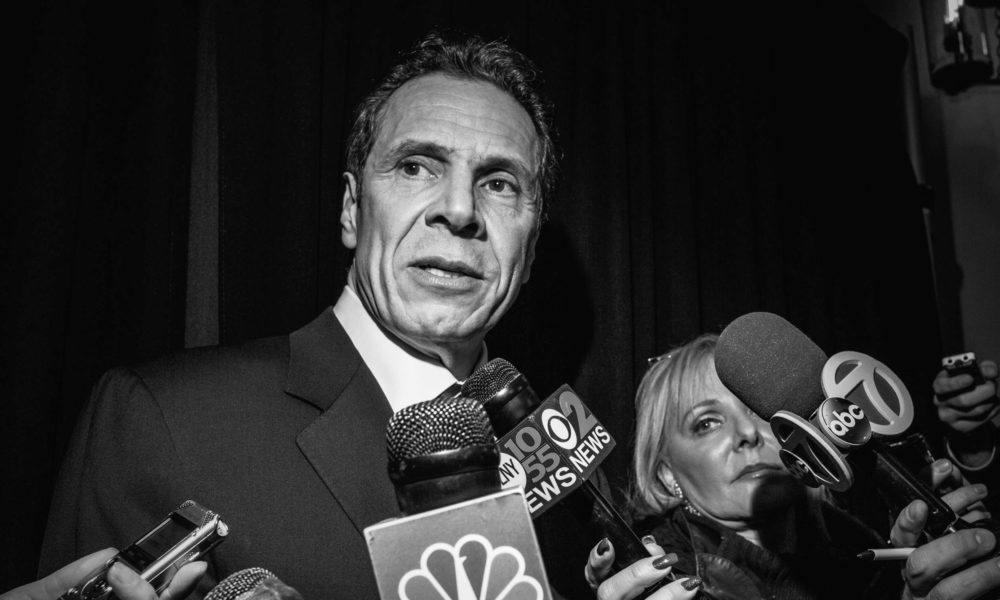 New York is seven months into the Covid-19 pandemic, which has hit working class, Black, and immigrant communities the hardest both medically and financially. With the economy tanking as a result of the pandemic, there’s projected to be a $14.5 billion gap in the state budget this year, the effects of which will, of course, be once again pushed on working class, Black, and immigrant communities by bourgeois politicians, including Governor Andrew Cuomo and his real estate developer cronies. As always, it’s not that the money isn’t actually there, simply that  politicians uphold capital, instead of ensuring that everyone’s needs are met.

Back in April, when New York City endured the darkest part of the pandemic, the New York state legislature passed an austerity budget which cut $138 million from New York City’s public hospitals, froze education funding, and cut public transportation funding. Each of these cuts hit already struggling working class New Yorkers hard, making it more difficult for them to get medical care in the midst of a pandemic,  for schools to care for and educate their children , and to access  reliable transportation. These cuts did not impact the richest New Yorkers, with their concierge medicine, private  schools, and cars. Now it’s September, and state officials have overall withheld $1.9 billion that should have gone to schools, nonprofits, mental health services, and substance abuse services, creating hardship for the poorest New Yorkers and stoking fears of outbreaks as these services are expected to reopen during a pandemic without proper funding. Overall, up to $8 billion in local aid could be cut. “We can’t spend what we don’t have,” said Governor Cuomo, while refusing to raise taxes on the rich or on corporations.

Instead of taxing his rich buddies, Cuomo has made the classic move of guarding power while abdicating responsibility. Whenever asked about increased taxation on the rich or other methods to cover the budget shortfall, Cuomo invariably says that the  U.S. Congress should handle it. New York state, which has the highest concentration of billionaires in the country, should tax the rich? No! That’s up to the federal government to decide, though Cuomo fights hard for his prerogatives as Governor at all other times, emblematized by his ongoing power struggle with New York City mayor Bill De Blasio over everything from subway funding to school reopening. Who should help working class New Yorkers? According to Cuomo, it’s the responsibility of the U.S. House of Representatives to abstain from  passing legislation until President Trump provides aid to “help the poorest Americans.” This has nothing to do with actions that Cuomo could be taking, demonstrating the inefficiency of political bureaucrats.

Cuomo is holding the people of New York hostage to his negotiations with Congress, saying that if they don’t pay, he’ll further cut money from schools, hospitals, and services to working class New Yorkers in the midst of a pandemic. Even worse, he threatens that these cuts could become permanent if federal aid doesn’t come through. Another option that state officials have put forward is borrowing money, which the state has already done a great deal of, and which working class New Yorkers will have to repay.

The final, and only realistic and ethical option, is to ensure that all New Yorkers have their needs met by redistributing wealth that richest New Yorkers have stolen and hoarded. The mildest form of this would involve taxing the rich in ways that are legally viable under our current system. There are many ways to do this, from simply increasing the tax rate on millionaires, to the so-called “pied-à-terre” property tax, which would charge the wealthy more taxes on their secondary homes. Other options include a stock transfer tax and a proposed first in the nation billionaire tax, which would tax previously untouched portions of the assets of the ultra-wealthy and send that money directly to workers who did not receive other types of aid, such as the stimulus check or unemployment insurance. In other words, the billionaire tax would take money from 120 New Yorkers and redistribute it to the core of New York’s working class- immigrants, freelancers, domestic workers, and more. This could raise more than $5 billion a year, covering a huge part of the so-called budget gap.

Cuomo, predictably, is against any of the taxing options. He says, “if you take people who are highly mobile, and you tax them, well then they’ll just move next door where the tax treatment is simpler.” In reality, many wealthy New Yorkers have already left, at the first sign of trouble abandoning the city they make expensive and unlivable for anyone else. Additionally, the idea that the ultra rich are uniquely mobile has been debunked. Cuomo adds, “There is no combination of savings, efficiencies, tax increases that could ever come near covering the deficit.” He’s right. Ultimately, much more dramatic redistributive measures will need to be taken. But it would be a start.

Cuomo refuses to approve a billionaire tax because he is supported by billionaires. He is funded largely by the ultra wealthy, even more so than other NY state politicians, relying on a small group of donors who find creative ways around contribution limits. He pays them back by protecting their interests and continuously pushing austerity measures and cuts to public infrastructure. This was seen most blatantly in the early days of the pandemic, when hospitals were unable to meet the needs of the public due to years of cuts and horrible unsafe staffing ratios. Healthcare workers got sick, were denied testing, and died while Cuomo called them heroes while doing nothing for them. At the start, the virus was spread by highly mobile and wealthy people like Cuomo’s donors, and by working class people who were forced to go to work without any aid or proper protection. Cuomo and De Blasio made no moves to stop the spread, and instead bickered back and forth and tried to assure the wealthiest New Yorkers that they wouldn’t be financially impacted by the virus.

In the past, Cuomo was saved from having to openly come out against taxing the rich, because tax hikes were blocked by the Republican-controlled state legislature. Republicans were able to maintain control thanks to the Independent Democratic Caucus (IDC), a group of right-wing Democrats who, with Cuomo’s encouragement, caucused with the Republicans in exchange for perks and favors for themselves and their districts. Now, almost every member of the IDC has been voted out, and the political calculus has changed due to Covid-19. There’s mainstream political consensus and energy behind the push to tax the rich. The plan has had the support of the Assembly for a while, but now also has the backing of the Senate majority leader, Andrea Stewart-Cousins. As State Senator Jessica Ramos said in a statement, “There’s no reason why working families in New York state, one of the richest states in this country should be in so much need of basic necessities when we have the largest concentration of billionaires in the entire world.” This position is becoming increasingly popular in Albany. With more than 100 Democrats in favor of the plan, Cuomo’s fig leaf is rapidly disintegrating.

Well over a third of New Yorkers are struggling to pay rent, services are still shut down, jobs are not coming back, food insecurity and homelessness are increasing, the eviction moratorium with its narrow protections is ending, everyone is still expected to survive off of $1200 some people got back in the spring, and many New Yorkers are ineligible for the paltry aid that has been offered. Working class New Yorkers have stepped up to help their neighbors, engaging in widespread mutual aid, though ultimately state intervention is necessary to address the long-term financial insecurity. . Meanwhile, rich New Yorkers, who spread the virus through their usual lavish parties back in the spring, huddle in their vacation homes upstate or in the Hamptons or have slunk back to New York to educate their children in micro-schools. And they’re still getting richer, despite the economic devastation wrought on everyone else by Covid-19.

The bottom line is that in times of crisis, the working class is always asked to tighten our belts. We must demand that the rich, who made the pandemic worse and then abandoned New York at the first opportunity, tighten theirs as well.