Detroit activists shut down the former police chief's press conference. James Craig was slated to launch his campaign for governor, but instead activists spoke out against police violence and for Black lives while Craig was forced to leave.
Share on facebook
Share on twitter
Share on email

The following article was written by Jessica Prozinski, a participant in the protest.

We know who James Craig is and who he’s always been. He is the former chief of the Detroit police who hospitalized our comrades over and over again last summer for protesting against racist police brutality. Craig’s vocation was making Detroit safe for rich white developers while treating the Black majority as though their lives meant nothing.

Craig’s lifework was being the hired gun of politicians — Democrat and Republican alike — who have been bought and paid for by business interests. This includes the Democratic Party Detroit city council and Democratic Party mayor Mike Duggan, who rubber-stamped Craig’s racist and brutal policies. It includes Democratic Michigan governor Gretchen Whitmer, who recently gave $7.5 million — that was supposed to be for fighting Covid — to the reckless Detroit Police Department.

Now Craig hopes to run as the Republican Party’s nominee for governor. On Tuesday, September 14, Craig showed the world how disastrous a campaign launch could be. The Detroit MetroTimes called it “a complete clusterfuck” on their front page:

Craig envisioned himself announcing his run for Michigan governor as a Trump Republican on beautiful Belle Isle with the cityscape in the background.

What actually happened was that protesters against racist police brutality — many of whom had been personally beaten, arrested, and hospitalized by Craig’s police the previous summer — made their own speeches from behind Craig’s podium.

Craig did eventually attend his own campaign event, during which he was inaudible but could be seen mouthing the words, “I am running for governor.” Thirty-eight seconds later he was gone. He was chased into a waiting SUV by protesters jeering, “Run, Jimmy, run!”

From there, he ended up at what activist group Detroit Will Breathe described in a tweet as “the balcony of a gentrification building.”

Craig’s epic smackdown was a masterclass on how to take over the press conference of a class enemy.

Detroit Will Breathe (DWB) and Michigan Liberation were not satisfied with simply ruining the event for Craig. They took it a step further, commandeering the press conference and speaking to the dozens of members of the media about the damage Craig has inflicted on Detroit and about their own demands.

Jumping onto a picnic table and speaking through a bullhorn, DWB leader Lloyd Simpson said,

This is a man who directed his department to brutalize protesters taking a stand against systemic racism and police brutality. A man who, at the TCF [center] last November, embraced racist Trump supporters who came to intimidate and disenfranchise voters in the Blackest city in the nation. A man who called the officer who executed Hakim Littleton with a shot to the back of the head an “American hero.”

After Simpson spoke, protesters sang chants written specifically for the event by Detroit musician and DWB leader Jae Bass: “James Craig is full of hate, we won’t let him win our state!” “No justice, no peace. James Craig is still the police!”

Then protesters occupied the space directly behind the podium as Bass announced, “So, this is our press conference now.”

While Bass was speaking, the handful of Craig supporters began to weakly chant, “Craig! Craig!” but the chant petered out after six “Craig”s.

Craig tried the “paid protesters” trope on a reporter from WDET with unfortunate results: the reporter asked him how he knew the protesters were paid.

“I don’t know, but I gotta believe,” Craig replied. When the reporter pressed him further, he replied, “I feel good about it. I feel like they were paid. I don’t have any hard evidence, but — ”

“Is that how you operate as an officer, then?” the reporter asked. “You don’t have any hard evidence, but …”

As Detroit Will Breathe pointed out in a statement to Deadline Detroit, “The only person there seeking to get paid for their politics was Craig.”

Ironically, some protesters who did not have a recreation passport had to pay $12 to attend the protest, since Belle Isle is now a state park.

It has to be especially damaging to former chief Craig’s reputation that his campaign failed so spectacularly on … security?

The protest was publicly organized by Detroit Will Breathe on Facebook.

Craig, who in July proclaimed that, “What I can’t respect is a victimhood mentality,” then went on Tucker Carlson’s show Tuesday night to play the victim. “[As] you saw in the video, it became very tense,” he told Carlson, adding,

The DNR and Whitmer administration wasted no time in responding:

This is a baseless attack. Here are the facts: Craig’s team was proactively contacted by the Department of Natural Resources to ensure they had the proper permit for the event. They affirmed crowd control would be the campaign’s responsibility, and law enforcement was immediately dispatched when a problem arose.

The Michigan State Police told the Detroit News that a sergeant was sent to Belle Isle after a 911 call, but when he arrived, he found 20 peaceful protesters not breaking any laws, so he left.

After the event, Detroit Will Breathe issued an official statement, which reads in part,

The people of Detroit are demanding a new vision of public safety where we invest resources into the needs of residents rather than the criminalization of Black people and the expansion of violent policing.

In the days after the event, the scandal and derision has only grown.

Jim Kiertzner of Detroit Channel WXYZ observed, “This was not the launch James Craig wanted. I’ve been doing news in Michigan for 38 years and 48 years total. I’ve never seen anything like this in a race for statewide office.”

Our movement will continue to call out Craig’s racist and violent police practices that brought harm to Black people in Detroit. The movement must also make sure that we call out both political parties, Democrats and Republicans, who continue to defend and fund the police who harm and repress Black and Brown communities, and repress any struggle, including the struggle of the workers against their bosses, that seeks to win power to the oppressed. 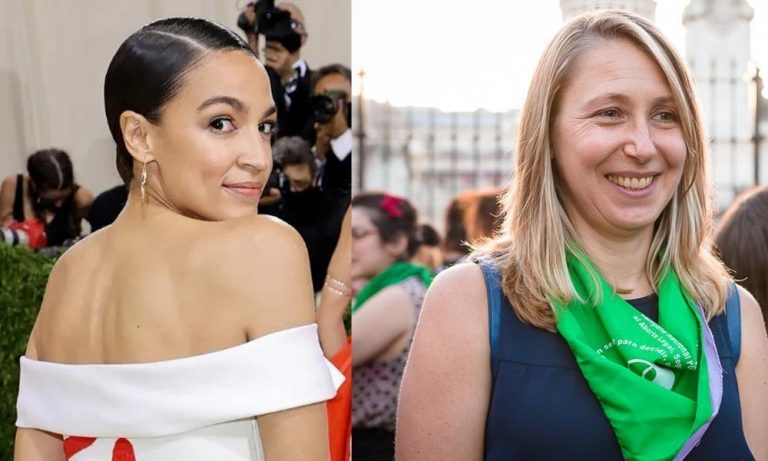