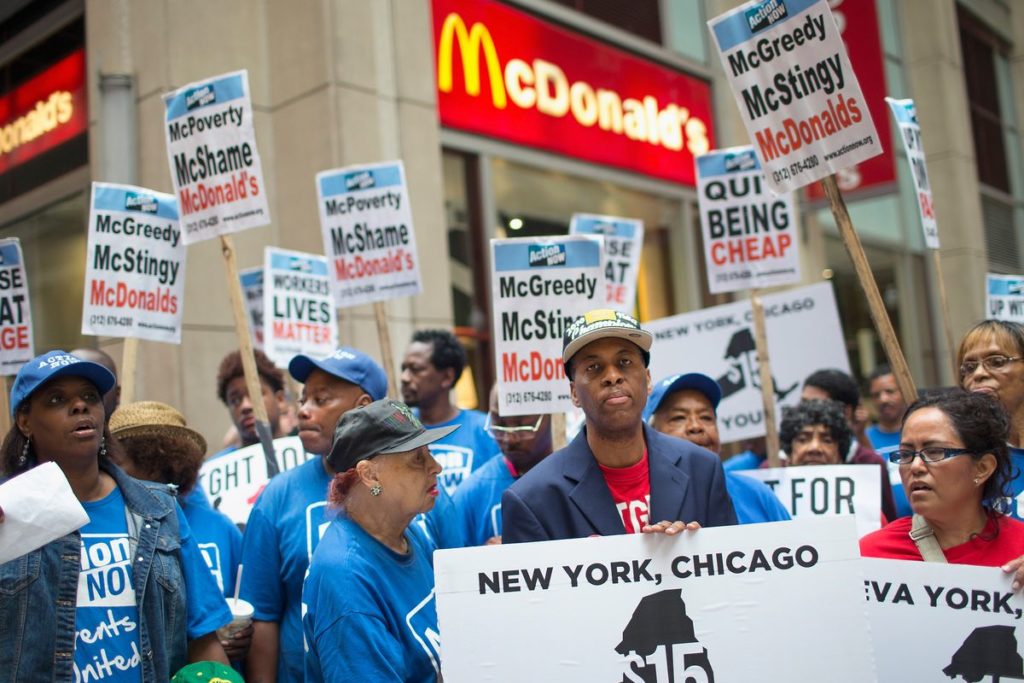 Fast-food workers across the U.S. are planning a series of worker actions today, to put pressure on the restaurant industry and the incoming Biden administration which recently included a $15 an hour federal minimum wage as part of its proposed stimulus package. In addition to an increase in the federal minimum wage, these workers are also pushing for greater unionization among workers. These actions and “walkouts” today are part of the Service Employees International Union’s (SEIU) ongoing attempts to influence the national debate around the question of the minimum wage.

As one of the first workers’ actions directed at the incoming Biden administration, employees of McDonald’s, Burger King, and other large fast-food chains plan to walk off the job in at least 15 cities including Los Angeles, Detroit, Houston, and Miami. The actions will consist, in part, of car caravans and Zoom demonstrations.

The current federal minimum wage of $7.25 an hour has remained in place for over a decade — since 2009. Though an increase to $15 an hour would be substantial, it is still nowhere near what it should be. If real wages grew at the same pace as productivity, the minimum wage would be at least $24 an hour.

A $15 minimum wage is insufficient for most working people to survive on; furthermore, a new minimum wage will be eaten away by inflation over time unless workers are organized to continue to strike and struggle for greater wages.

While many large cities like New York have passed legislation to raise the minimum wage to $15 an hour, these laws often exclude low-wage workers in sectors outside the fast-food industry and among undocumented workers.

Today’s action is being organized by the Fight for 15 campaign which is backed by the SEIU. The campaign emerged in 2012 after decades of meager wage increases for the working class and rising income inequality.

The nationwide walk out also coincides with what would have been Martin Luther King Jr.’s  92nd birthday. In statements preceding the day of action, many participating workers highlighted the impact an increased minimum wage would have for women and workers of color, who disproportionately fill low-wage jobs in industries like fast-food and have been at the frontlines of the Covid-19 pandemic.

Like other frontline workers, fast-food workers are and have been exposed to the deadly coronavirus due to a lack of access to PPE. These workers have also been denied sick pay and quarantine pay. Many cannot afford access to healthcare.

A McDonald’s worker in Memphis who supports her 1-year-old daughter on a wage of just $10 describes the greed of her employer and the vulnerability of workers:

Even as companies like McDonald’s have given out billions of dollars to shareholders, workers like me have continued to make wages that put us below the poverty line. Over the past year, fast-food cooks and cashiers have been on the frontlines of the COVID-19 crisis, risking our lives to continue serving burgers and fries without access to adequate PPE and other basic protections. We’ve watched the virus devastate communities of color as the nation reckoned with systemic anti-Black racism. Meanwhile, corporate profits continued to soar.

In addition to these challenges, many of these workers are at risk of losing their jobs entirely. As recent unemployment statistics show, restaurants, bars, and hotels are laying off workers in huge numbers; in the month of December, these industries laid off the most workers across the country.

Unionization among some of the most exploited workers in the U.S. would undoubtedly be a victory for the labor movement and serve as an example for other low-wage workers. Yet, the SEIU, which is backing the unionization effort and the Fight for 15 campaign, follows a top-down approach to organizing, as many labor activists have pointed out. Although the SEIU’s approach has helped to call attention to the abysmally low minimum wage, it has done little to actually build fast food worker unions or organize workers for real strikes capable of winning real gains.

The fights for a $15 minimum wage, greater unionization among workers, and greater pandemic protections can unite workers across the country but these struggles might also empower workers to wage a fight toward democratizing their unions against the top-down business unionism propagated by their union leaderships.

At the same time, if these demands are won, militant workers might also be encouraged to challenge the role of the Democrats who work to broker deals with the union bureaucracy at the top of their unions and unveil their true nature when they only offer crumbs to workers yet gift businesses with multi-billion dollar bailouts. 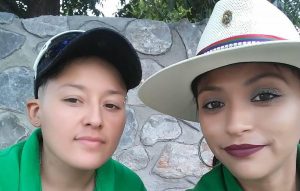