The coronavirus crisis is shining a light on the many failings of the American healthcare system. One of those failings is the institutionalized bigotry of the system. 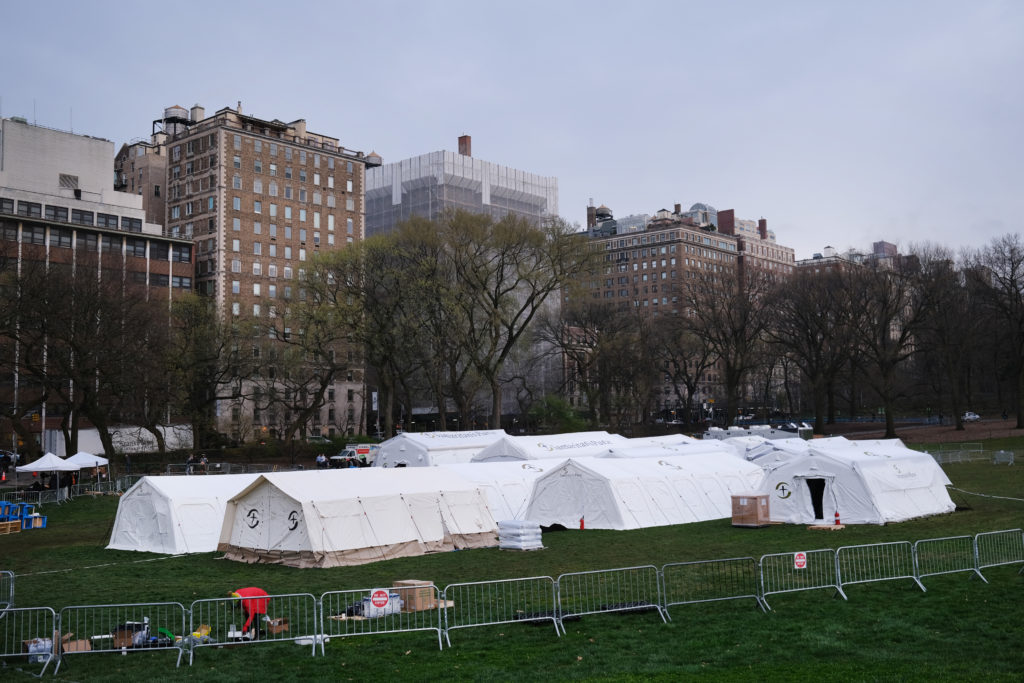 A small field hospital of 68 beds across 14 tents is being set up in New York City’s Central Park, a joint project between Trump’s FEMA and an evangelical Christian group called Samaritan’s Purse. The field hospital will accept patients from Mount Sinai hospitals in the city to make room in those hospitals.

This group behind the field hospital has a decidedly anti-LGBTQ+ agenda. It is run by Franklin Graham, who has been noted by the Southern Poverty Law Center for his homophobia, transphobia, and Islamophobia. He spoke at Trump’s inauguration, and Trump then gave Samaritan’s Purse a million dollars from the Presidential Inaugural Committee funds.

The healthcare workers operating this field hospital are volunteers who are made to sign on to a list of draconian policies, such as that marriage must be recognized only between “one genetic male and one genetic female” and that “the unrighteous are sentenced to everlasting punishment in hell.” While the Mayor’s Office has said that they expect the field hospital to follow New York City human and civil rights laws, they have said nothing about how, or if, they will enforce this. Transphobia in medical care, even in emergency care, has long been a serious problem.

One potential treatment for COVID-19 is a transfusion of blood plasma from people who have recovered from the disease, because they now have antibodies against the virus. But an old injustice is coming back to plague this potentially life-saving treatment. One man who recently recovered from COVID-19 saw an ad to donate plasma at Mount Sinai hospitals to contribute to the development of this antibody treatment. He provided a blood sample and they did indeed find high levels of antibodies against the virus in his blood.

But just hours before his New York Blood Center donation appointment, he received a call saying that they would not use his blood because he is a gay man taking PreP. PreP, pre-exposure prophylaxis, is a medicine that helps prevent HIV infection in HIV-negative people. It works for nearly everyone but is frequently used in the LGBTQ+ community. He even agreed to stop PreP for a few weeks in case it would affect the treatment somehow. But the New York Blood Center clung to the outdated and bigoted federal policy of not accepting blood donations from LGBTQ+ people — not even ones who are confirmed HIV negative.

Besides the clear human rights issues, the number of beds being provided by the field hospital is a drop in the bucket compared to the need. The New York State government has estimated that as many as 110,000 hospital beds will be needed, but there are just over 50,000 in the state. The only way to build that many beds in time would be for the Army Corp of Engineers to immediately begin refitting large buildings in the city into hospitals dedicated to coronavirus patients. So far the Javits Center is being outfitted with 3,000 beds and the USNS Comfort has arrived with an additional 750 beds, but the Comfort is only being used for select non-virus patients.

Over the last few decades in New York, 20,000 hospital beds were cut for the purpose of neoliberal budget balancing, instead of raising taxes on Wall Street and the large New York banks. Governor Cuomo is even now trying to cut New York’s Medicaid funding to hospitals by $400 million.

What We Can Do About It

As socialists, we would like to not have to rely on the bourgeois military, such as the Navy, the Army Corp of Engineers, and the National Guard of various states, to battle a pandemic. It is a function of public health. While healthcare workers — from doctors to hospital janitors — continue to fight heroically, they are getting nowhere near the level of support they need. In one hospital, doctors and nurses are wearing trash bags because there are not enough protective gowns. They have also been forced to reuse masks and gloves, despite the high risk of spreading infection from reusing them.

If we had a fully developed public health system democratically administered by the workers and patients, and a society that puts human beings above profit, we might already have extra hospital beds and protective equipment on standby for these awful days. Science has always known that pandemics happen, but our present society listens more to politicians and business bosses than to scientists, doctors, and engineers. We might have funded scientific research into a coronavirus vaccine after the first SARS outbreak, knowing that sooner or later another terrible coronavirus might appear.

It is now too late to plan for this pandemic. We must immediately use the entire economy — factories, freighters, laboratories, and everything else — to rush to catch up to the devastating casualties that the SARS-CoV-2 virus is inflicting on humanity.

But it’s not too late to learn from this. When this virus is finally under control, we must begin planning for the next pandemic. And there will be another one, especially as climate change gets worse. We don’t have to suffer so many deaths next time. If we seize this opportunity to make our economy and our healthcare systems work for people instead of for profit, we could have hospital capacity, medical workers, protective equipment, and testing and containment technology ready to go as soon as the next dangerous pathogen shows itself.

We know our enemies: a terrible virus and a ruling class that keeps sacrificing our lives for their profits and bigotry. We know ourselves and our comrades: brave healthcare, transit, grocery, pharmacy, and all kinds of other workers. All we have to do now is organize and fight.