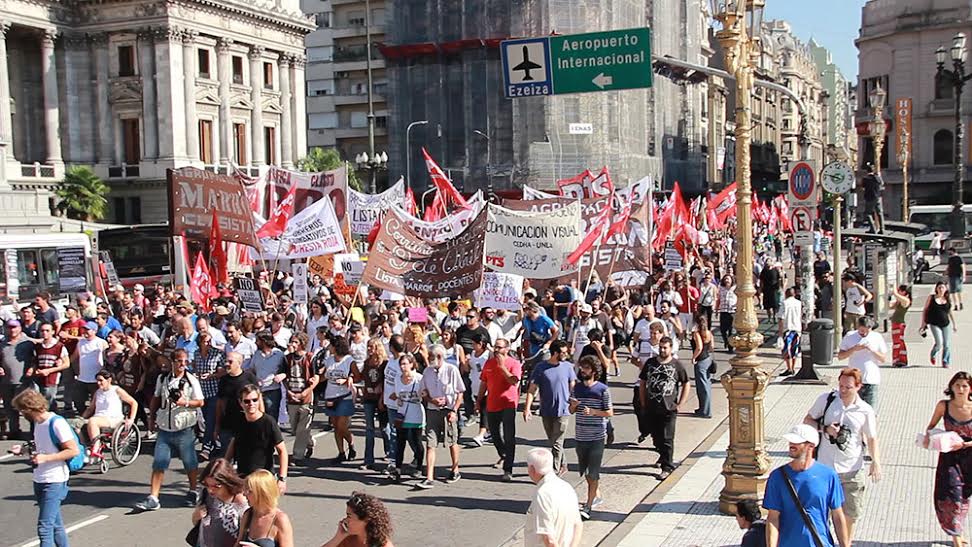 This is an adaptation of an article originally published in La Izquierda Diario by Josefina L. Martínez. 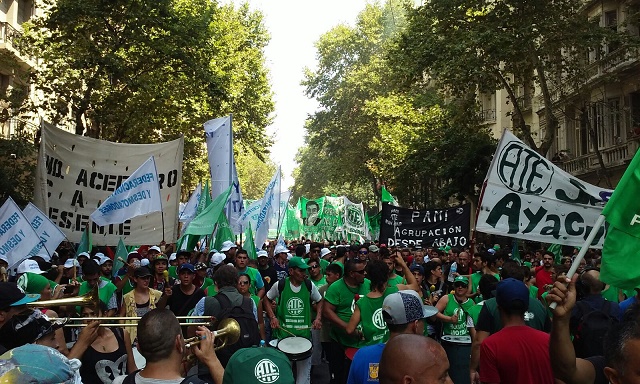 The major unions in the private sector (industry, transport, banks, etc.), divided into different federations, have made a truce with the Macri government and have not joined the strike. Meanwhile, Left groups and rank-and-file union organizations are demanding a plan of action, calling to “set up a massive protest with workers, women and young people.”

The strike confronts massive layoffs and rejects a new anti-protest law pushed by Security Minister Patricia Bullrich. This “anti-protest protocol” will criminalize social protest; it sets restrictions to civil liberties such as freedom of the press and the right to protest. This new protocol echoes other new laws and heavy-handed repression of journalists around the world, including Spain’s “Ley Mordaza” (“Gag Law”) and the detention and harassment of journalists covering the Ferguson protests in August 2014. 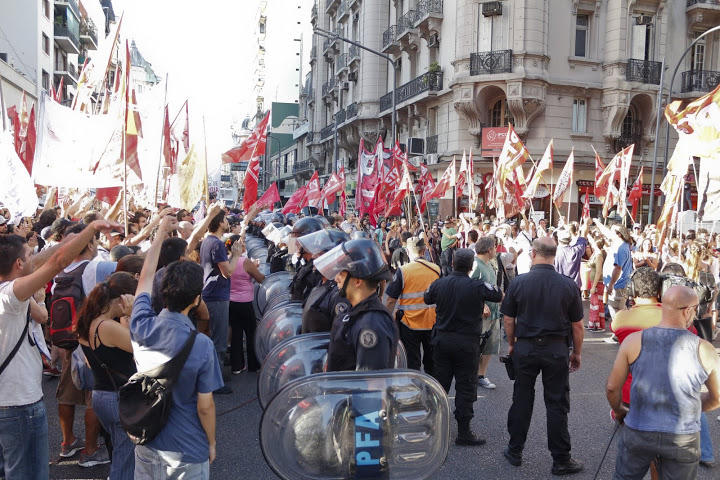 The strike began Wednesday morning with several roadblocks (or “piquetes” in Argentina) and demonstrations countrywide. The public employees’ union has called for a demonstration this afternoon at the Plaza de Mayo, which is at the center of the capital of Buenos Aires and a significant place of protest in Argentina. Teachers of Buenos Aires Province from rank-and-file and “fighting” unions will join the protest, together with press workers and left trade unionists.

Also, several protests have taken place in different cities, including Rosario, Cordoba, and Buenos Aires. At the crossing of Corrientes and Callao, one of the main intersections in the capital, a massive “piquete” of approximately 1,000 people blocked the streets for an hour in a great show of force, preventing police from applying the “anti-protest protocol”. In fact, the Police had to leave the place, while the demonstrators remained blocking the street and walked up to the Congress, a few blocks away.

“We Are Exhausted, Demoralized, and Straight up Traumatized”: Interview with a Chicago Teacher