Ford Workers in Brazil go on strike against mass layoffs amidst Brazil’s economic crisis. The government-led union accepts that workers pay for the crisis, negotiating only how much the workers will be forced to pay. 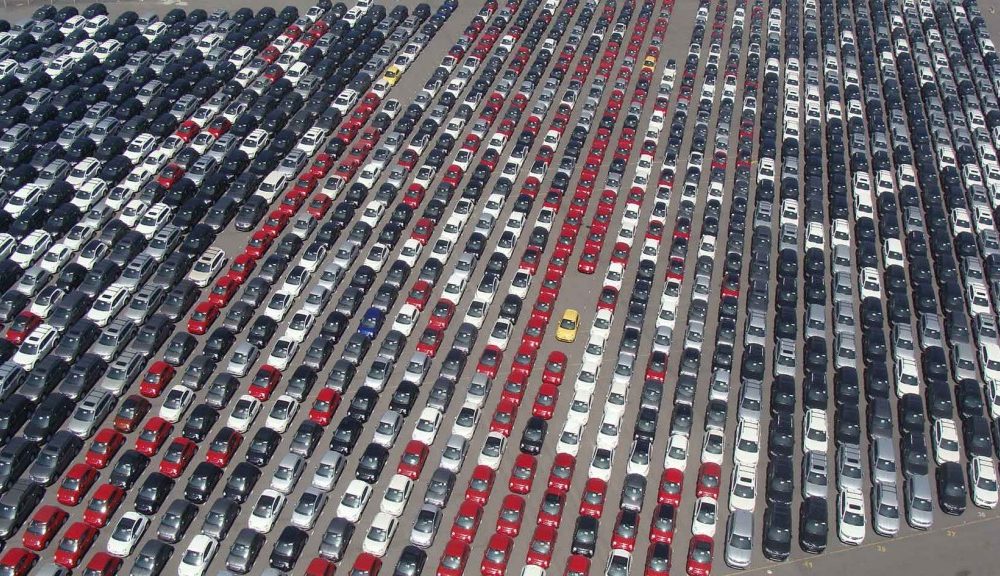 This article is a translation and adaptation of an article published in Portuguese in Esquerda Diário (Brazil) on September 10, 2015.

On September 10, nearly 4 thousand Ford workers from Sao Bernardo dos Campos in Sao Paulo, Brazil decided to initiate an indefinite strike against mass layoffs announced last Wednesday. According to union leaders, the total number of those fired is uncertain, but estimated to be over 200 workers. The union,Unified Trade Union (CUT), was shocked by the company’s decision, which violates an agreement made in March promising employment stability to all unit employees until 2017. Among the fired workers, many had already been placed on temporary suspension.

In exchange for the stability clause made in March, the union agreed to wage freezes and cuts in working hours. The agreement also established a clause in which the company would be authorized to negotiate layoffs in the event of a national crisis in the automotive sector (something that in March of this year was already announced with layoffs at several auto companies).

The layoffs come amidst an economic crisis in Brazil, as well as a political crisis for the governing party, the Worker’s Party (PT). The union at Ford is the Unified Trade Union (CUT), the largest trade union in Brazil, which is led by the Worker’s Party (PT). The CUT leadership organized the strike not to retain workers’ full employment, but rather in hopes that Ford will accept the reduced wages and benefits of Dilma’s relief program!

As an anti-crisis measure, the Brazilian government has proposed that industries reduce their work hours by 30% for up to 12 months. In this time period, the company will reduce workers’ salaries by 30%. In the midst of the current economic crisis, inflation causes the cost of living to rise, and this measure, which cuts worker’s already measly salary, makes it even harder to make ends meet. This measure is being sold as a way of protecting worker’s jobs and is called “Project of Employment Protection” (PPE program). However, this measure only protects the profits of companies, as the government promises to help pay the workers’ reduced salary!

The CUT hopes the strike will re-create the situation at Mercedes Benz, where after 7 days on strike, the union agreed to implement the Project of Employment Protection (PPE) and other measures that are part of the general attack on workers’ rights. However, Ford has already announced that it isn’t interested in the PPE program because it “does not meet the units’ needs”.

The company’s aim is to reduce the number of employees in order to adapt to the “new reality” of the automotive sector’s demands. Nowadays, 48 units (35 cars and 13 trucks) are built each hour, whereas before, 55 units were produced each hour. Ford’s intention is to reduce production by January 2016 to 41 units an hour. According to union leader José Quixabeira de Anchieta, this plan (“Paraíba”) would result in a “surplus” of 284 employees.

Since the beginning of the year, the company and union leadership have negotiated several agreements such as: collective holidays, voluntarily quitting, temporary suspensions for nearly 160 employees until October, and the banking of future hours (a process in which workers work less now, but will be forced to work overtime in the future at the same pay rate) for 59 people since February. Recently, in July, the company hired 268 temporary contracted workers to provide supply services for the production line, materials reception and forklift operation. At the same time, the other 210 permanent employees were internally reallocated to work in the logistics area. Among them, 57 on temporary suspension agreements since May have returned to the factory.

These firings, suspensions and temporary hirings demonstrate that the multinational has a strategy to increase company profits by using the crisis to launch more attacks against the working class. They plan to fire and when needed, hire back workers on a temporary basis, without the benefits of protection of full employment. On the other hand, union leadership has tried to contain workers’ militancy and has enabled many of the bosses’ attacks; now they are in a quite difficult situation, in which the CUT leadership is arguing that the only alternative to Ford’s attacks is to adopt a government program which in itself represents an attack on workers’ salaries and labor rights. Rather than pointing to the astronomical profit that Ford brings in every year and demanding that the workers not pay for the crisis, the CUT leadership attempt to negotiate just how much the workers are expected to pay for the crisis; if they are expected to pay with their jobs, as the Ford company wants, or with reduced wages that make it very difficult to make a living.