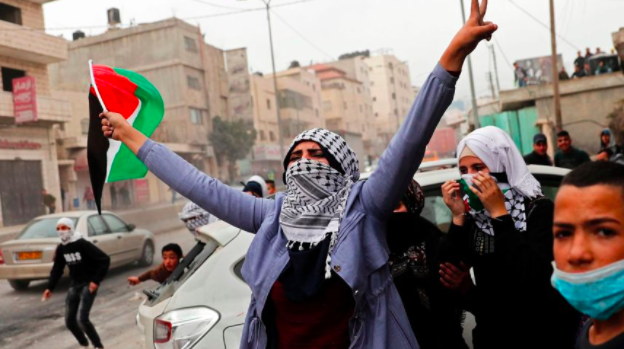 The Alliance of Middle Eastern Socialists (AMES) is fighting for “Freedom and Democracy”in the the Middle East and an end to US and European imperialism. Based in the US and Middle East, the AMES opposes all imperialist and regional powers, “whether the U.S., Russia and China or Israel, Saudi Arabia, Iran and Turkey […], authoritarian regimes such as Assad’s in Syria and El Sisi’s in Egypt as well as religious fundamentalism whether of ISIS, Al Qaeda, Hezbollah or the Muslim Brotherhood.”

AMES’s founding statement correctly points out that “although the Muslim Brotherhood and Hezbollah consider themselves gradualists and oppose the Jihadism of Al Qaeda and ISIS, all of these organizations share the goal of establishing a state based on Shari’a Law and preserving the current capitalist order.”

AMES’s current campaign is an international call to fight for the release of political prisoners in the Middle East. The campaign focuses on 17 political prisoners in Turkey, Egypt, Syria, Palestine and Iran – activists in the labor and women’s movement along with journalists who have been targeted by their governments. In some cases, they have languished in prison for years – being brutalized and attacked for exercising their democratic rights of free press and protest.

Left Voice’s Editorial Board expresses solidarity with the political prisoners in the Middle East and joins the call for their immediate release. We urge left organizations, human rights activists, union militants and socialists in the US to join this campaign.

We oppose firstly US and European imperialism, which is the main aggressor against the working class and oppressed people in the Middle East and around the world. In the same vein, there is no justice in the courts controlled by US and European imperialist powers. Policies that grant the UN, the EU or any imperialist institution the role of mediator (ie., no-fly zones, international courts) serve to legitimize their encroachment into countries’ internal affairs. Similarly, governments such as those of Iran or Syria that have defied US imperialism are not responding to the needs or offering any solutions to the working class.

We join the call to Free All Political Prisoners!

You can read more about the political prisoners below, excerpts from the statement released by the Alliance of Middle Eastern Socialists: 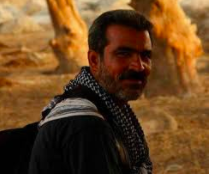 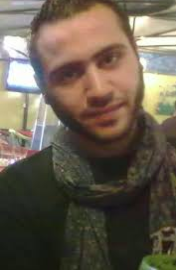 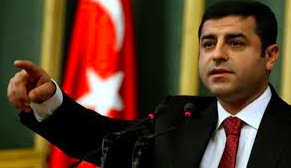 Selahattin Demirtas, co-leader of the social democratic People’s Democratic Party (HDP) has been in detention since November 2016. Demirtas, a member of the persecuted Kurdish national minority, an attorney, human-rights activist and politician, is currently being tried in absentia. He is facing 142 years in prison 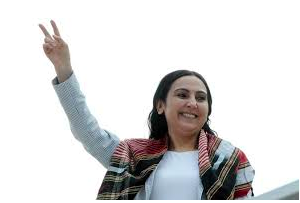 Figen Yuksekdag, co-leader of the social democratic People’s Democratic Party (HDP) has also been in detention since November 2016. Ms. Yuksekdag’s, who is Kurdish, has been a labor activist and a women’s rights activist 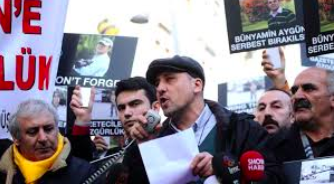 Ahmet Sik, is a trade unionist, an investigative journalist and the author of several books which have been critical of both President Erdogan’s ruling A.K. Party. 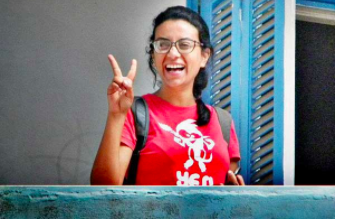 Mahienour el-Massry is a lawyer, feminist and political activist. Co Defendant Moatasem Medhat, and awaiting trial for organizing a protest to criticize the actions of the military government and “insulting the president.” She received the the Ludovic-Trarieux International Human Rights Award while in prison. 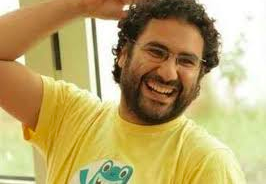 Alaa Abd El-Fattah, is a blogger, software developer and political activist from a family of human rights activists and dissident intellectuals. 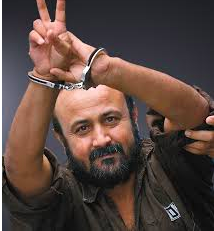 Marwarn Barghouti, has been a highly respected political leader since the first Palestinian Intifada or uprising against Israeli occupation in 1987. However, after attempting to assassinate him in 2001, the Israeli state arrested him in 2002 and has since then imprisoned him for life on charges of “murder and membership in a terrorist organization.” 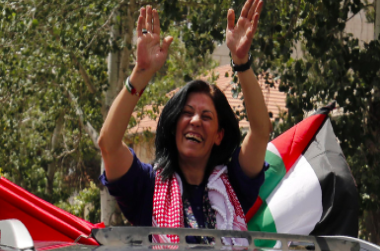 Khalida Jarrar is a women’s rights activist, human rights lawyer and Palestinian
parliament member who has played a major role in Palestine’s successful entry into the International Criminal Court to pursue Israel for its war crimes against Palestinians. 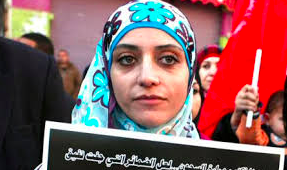 Shireen Issawi is a human rights lawyer and prominent advocate for Palestinian
prisoner rights from occupied East Jerusalem who has participated in monitoring, documenting and advocacy on human rights violations committed by Israeli authorities against Palestinian prisoners in Israeli prisons. 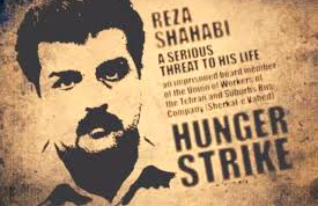 Reza Shahabi, who recently ended a 50-day hunger strike at the Rajai Shahr prison in Tehran, is a member of the executive board of the Tehran Bus Workers’ Syndicate. 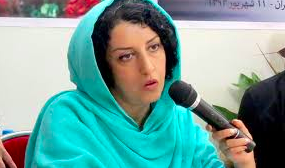 Narges Mohammadi, B.A. in applied physics, is a journalist, women’s rights and human rights activist, and deputy director of the Center for the Defenders of Human Rights in Iran, founded by Nobel Peace Laureate, Shirin Ebadi. In 2009, after mass protests to oppose the fraudulent election of Mahmoud Ahmadinejad, she was arrested on charges of “assembly and collusion against national security,” and sentenced to 11 years in prison. 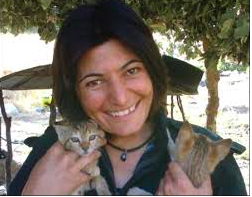 Zeynab Jalalian is a Kurdish political activist who was arrested and imprisoned in 2008 for her activities with the political wing of the Kurdistan Workers’ Party. Due to deliberate lack of treatment by prison authorities and the state, she has become blind.