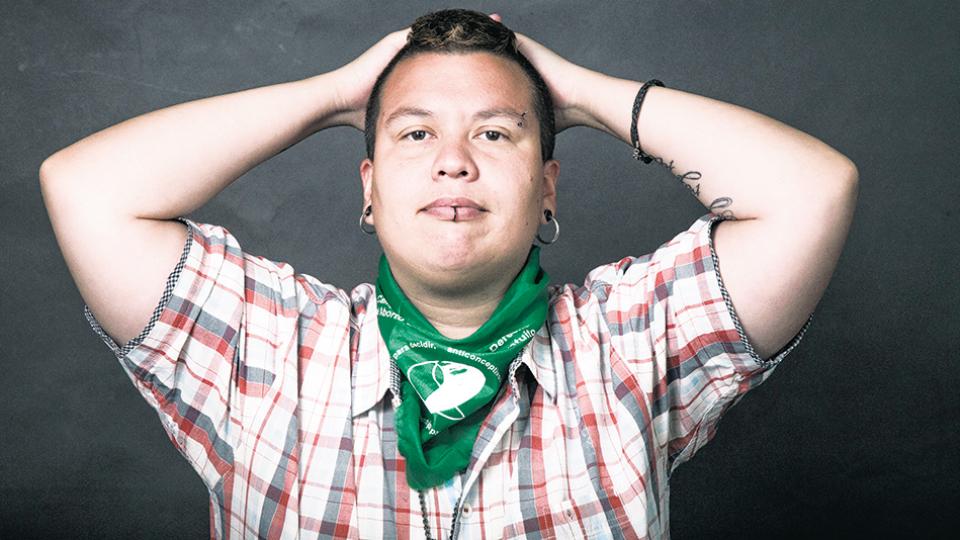 Any body that has a uterus can get pregnant; pregnant bodies include those who have a uterus but do not identify as a woman. Gender identity has nothing to do with genitalia, which is why trans men and gender non-confirming people can get pregnant, be parents,and have abortions.

To begin to unravel why society is so hell-bent on maintaining the gender binary, we have to look back at the role that gender plays in society. Although patriarchy pre-dates capitalism, the gender binary and the family unit is a central organizing force behind capitalist society. As Engels explains in The Origin of Family, State and Private Property, patriarchy and the central power of men in society is first expressed by the creation of the patriarchal family. Here, he cites anthropologist Lewis Morgan:

“The establishment of the exclusive supremacy of the man shows its effects first in the patriarchal family, which now emerges as an intermediate form. Its essential characteristic is not polygyny, of which more later, but “the organization of a number of persons, bond and free, into a family, under paternal power, for the purpose of holding lands, and for the care of flocks and herds…. (In the Semitic form) the chiefs, at least, lived in polygamy…. Those held to servitude, and those employed as servants, lived in the marriage relation.” (Part II, chapter 3, “The Pairing Family”)

The Church is deeply connected to the State that enforces the gender binary as only man or woman. This binary is needed by the State and the Church to maintain the patriarchal family structure as the economic nucleus of the capitalist system.

In Argentina, this is particularly true, with large numbers of government officials being propped up by the power and money of the Catholic Church. Even the 1976 military dictatorship, which left 30,000 people dead, was supported by the Church. While workers struggle to make ends meet, the government pays Church officials high salaries. The Church doesn’t pay taxes, while the country goes deeper into debt with the IMF. Even the Pope is from Argentina.

Pope Francis, seen as the “progressive” Pope, has stated that trans people were “as dangerous as a nuclear weapon” and has condemned technology that makes gender transitions easier. After his horrific remarks, he met with a trans man for a photo-op, trying to soften his reactionary, conservative, and transphobic views.

While Stonewall was led by trans women, and the 70s were marked by a questioning and bending of the gender binary, as time went on, the LGBT movement seemed more and more to care only about the “G.” Even today, with the legalization of same sex marriage and the acceptance of some non-normative sexualities, there is a lack of acceptance and even less medical research on trans men and pregnancy. As people take the streets for the right to an abortion, there is almost no discussion of another group that also has abortions: trans men.

Of course, there are no statistics on trans men and abortion, but I do know about my own experiences. I had my first abortion in an illegal clinic in a garage. There were four people waiting alongside me. I was terrified and shocked by the secrecy. I didn’t give my name; I used my birth name. The doctor didn’t seem to know that trans people existed and much less know that a man can get pregnant. In that garage, I knew I could die or that there could be complications. Complications meant going to the public hospital. I thought about the police. I thought about the fact I could go to jail for this.

This is how I became a revolutionary militant. I knew this didn’t happen to only me. My second abortion was at age 23, when I took Misoprostol pills. Again, in secret. My first abortion was a terrible experience because I was naive and thought it was my fault. Later, I understood that no, abortion is my right. This was how I started being a militant for the Partido de los Trabajadores Socialistas (Socialist Workers’ Party – PTS)—because I knew that I wanted to change all of society and I didn’t want to struggle alone. 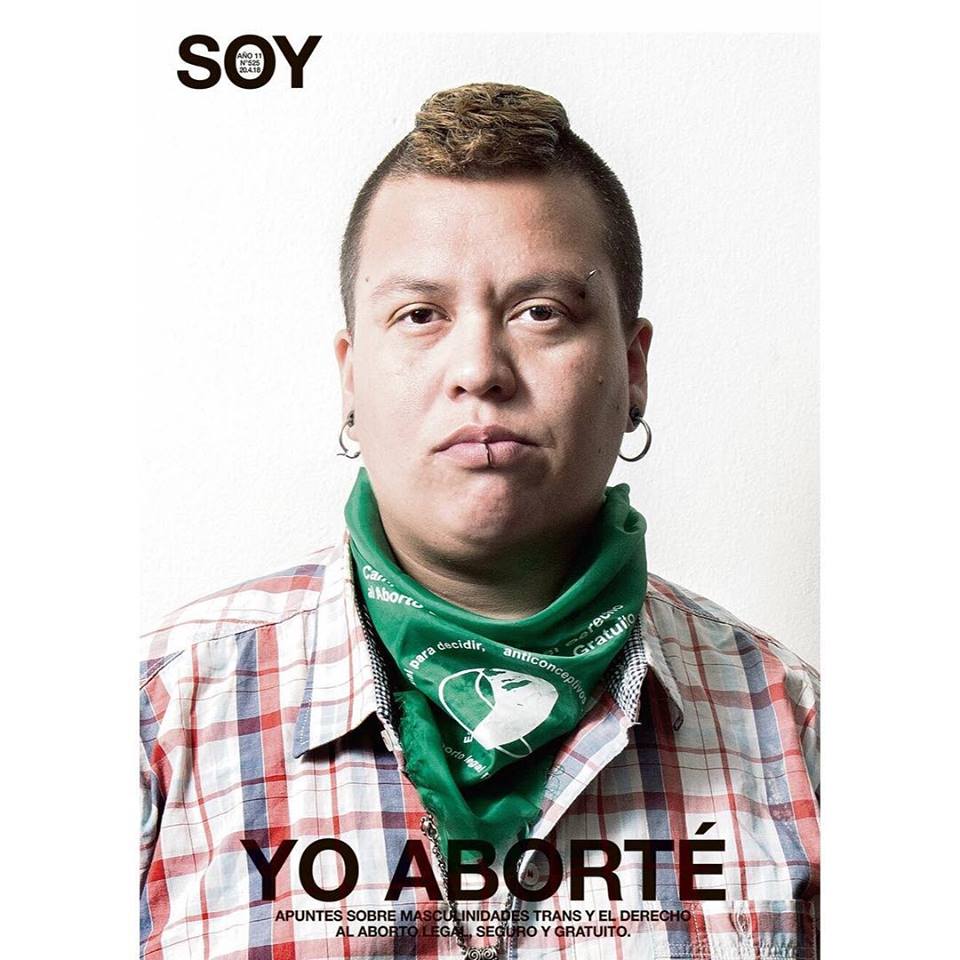 Tomas was profiled in SOY, Pagina 12. He was also a candidate for city council for the PTS.

Bodies that do not matter

In 2012, Senators in Argentina passed a law recognizing transgender identities. It opened a discussion regarding trans people and our rights. There were even health guides for trans people created. However, information and statistics on healthcare for trans people remain inaccessible or nonexistent. The guides that do exist standardize all trans people, when our bodies and experiences are so diverse. Yet, during the 12 years that the Pink Tide governed Argentina, the government never set a budget for research on gender and sexual identity issues.

The 12 years when the Kirshners governed Argentina did see advances in the rights of LGBT people with same sex marriage and the gender identity law. However, their alliance with the Catholic Church made them strongly anti-abortion, refusing to allow the debate in Congress.

Ironically, it is right wing President, Mauricio Macri who has allowed the debate to occur, opening the door to the legalization of abortion. On the other hand, he essentially dissolved the National Sexual Health Program– affecting trans and cis people.

Separation between Church and State

“Every life counts: from the beginning to the end, from conception to natural death,” Pope Francis tweeted. In Argentina, the church has organized and funded the movement to keep abortion illegal, which does not mean ending abortion. It means that cis women and trans men will die having illegal and unsafe abortions—like what could have happened to me.

The demand for safe and legal abortions is an LGBT slogan. The right to an abortion is denied to trans men and those of us who don’t feel represented by the gender binary. The separation of Church and State is a central call for LGBT people, with the church attempting to pass anti-LGBT legislation at every turn, or trying to keep information about sexual and gender diversity out of school. That is why we must organize and demand the separation of the Church from the State. Orange bandanas represent this demand.

The Church and state are intimately connected, especially in Argentina. To break the stranglehold of the church on our rights, we will need to take the streets like we did on June 13th. The government won’t give us our rights, so we have to take them.