The recapture of four of the six Palestinians who escaped from a high-security Israeli prison sheds light on the brutality of the country’s carceral system. 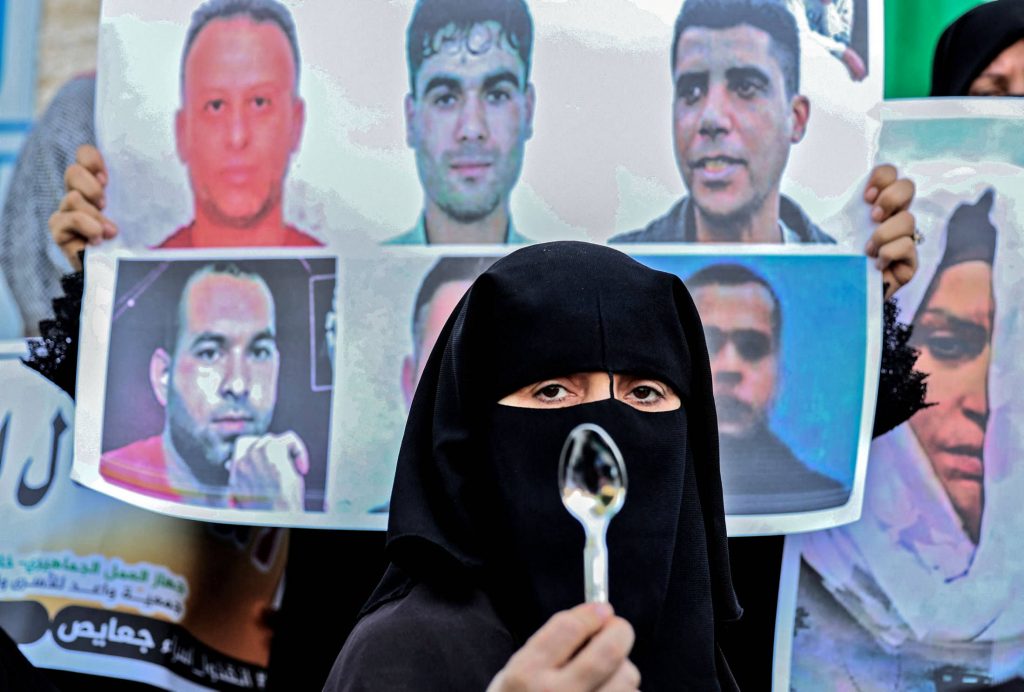 On September 6, six Palestinian political prisoners escaped from the Gilboa prison in northern Israel. The feat was carried out by digging small tunnels underneath a toilet with just a rusty spoon and other utensils.

Five of the six prisoners are members of the group Islamic Jihad: Mahmoud Ardah (46), Mohammed Ardah (39), Yaqoub Qadri (49), Ayham Nayef Kamamji (35), and Munadil Infaat (26). And Zakaria Zubeidi (46) was a former chief of the al-Aqsa Martyrs’ Brigades in Jenin.

The image of an astonished Israeli officer looking at their escape hole traveled around the world. It was a humiliation for Israel’s high-tech security and surveillance systems, which they are proud to sell to the rest of the world.

Yet for the oppressed Palestinian people, the prisoners’ escape was an important moral victory. It showed that even in the worst situations there is still room to fight for freedom. Palestinians celebrated by waving their flags and handing out sweets on the streets of Gaza to the West Bank. Around the world, people shared memes on social media and spread images of a spoon as a symbol of freedom.

But the Israeli response was swift. Hundreds of Israeli troops were sent to find the prisoners with a massive operation of roadblocks and surveillance. They also increased the control inside prisons and their surroundings. Israel aircrafts attacked the Gaza Strip three nights in a row. Israeli troops arrested and interrogated several of the fugitives’ family members.

Israeli officers have raided prisoners’ cells, abused them, denied them basic necessities, closed canteens and laundry rooms, moved them to solitary confinement, canceled all family visits and phone calls, and more. Four hundred prisoners were transferred from Gilboa to the Shatta prison to prevent more escapes. This is a form of brutal disciplining to prevent further acts of resistance.

The cities of Ramallah, Nablus, Bethlehem, and Hebron, as well as the surrounding towns and villages, rose up in support of not only the six escapees but also the Palestinians still in detention who were subjected to punitive measures, according to the Palestinian Prisoners’ Society.

On September 10, Mahmoud al-Ardah and Yaqoub Qadri were seized by Israeli occupation forces, and on the following day two more were recaptured: Zakaria Zubeidi and Mohammed Arda.

Palestinians reacted with riots and hunger strikes in Israeli prisons, as well as protests and mobilization in the streets of Gaza and West Bank. Protests were also held in cities around the world, including New York.

The recaptured prisoners were not allowed to see their lawyers until Wednesday.

You might be interested in: We Are Facing Two Viruses: Palestine’s Fight Against the Pandemic and Israeli Occupation

The lawyer of Zakara Zubeidi, Avigdo Feldman told the Associated Press that Zakaria was “beaten very badly” and taken to the hospital with a fractured jaw and ribs.

Khaled Mahajneh, the lawyer for Mohammad al-Ardah, said in an interview that he “has undergone, and is still undergoing, a very difficult journey of torture,” including the lack of medical care and food. In this interview, Ruslan Mahajeh explained that Mahmoud al-Ardah had been interrogated several times since his arrest, in an exhausting, seven- to eight-hour-long procedure.

Yaqoub Qadri’s lawyer reported that he has been in a “two by one square metre room that does not have the basic necessities for life.” He added, “There were many interrogators during his interrogation, and dozens of masked men — it is more about creating mental pressure and showing off muscles with the aim of stressing the prisoners out and shocking them.” Regarding Yaqoub’s days out of prison, he said, “I’ve seen children in the street, and kissed one of them. That was one of the most precious things in my life.”

According to ADDAMEER, a Palestinian NGO that supports political prisoners, there are about 4,650 political prisoners held in Israeli facilities, of whom 520 are administrative prisoners (held without a trial), 200 children, and 40 women. Since 2000, more than 12,000 Palestinian children have been imprisoned, many of whom are held in the same prisons as adults.

More than a thousand prisoners just put on hold their call for a hunger strike on Friday to demand an end to the violation of their rights.

Hunger strikes have been increasing as the conditions worsen. There are six Palestinian prisoners now on hunger strike:

While the rearrest of four of the six prisoners caused rage and frustration among Palestinians, the fact that they found their way to freedom, even if it was only for a few days, has sparked joy and improved morale among many Palestinians. Yet the rejection to the rearrests and Israeli offensive showed the widespread solidarity we have seen growing over the past few weeks across Palestine. Tellingly, Israeli guards at the court hold the prisoners’ hands even when they are sitting handcuffed and surrounded by guards. They don’t want the prisoners raising their fists.

The ongoing threat of a massive hunger strike among prisoners should be accompanied by international solidarity. The protests on the streets are being led by new generations that are breaking with the traditional leaders. There should be a new call for a general strike against the Israeli occupation and for the freedom of all Palestinian political prisoners.

The May 18 strike, organized and driven primarily by rank-and-file workers and activists, followed a long history of struggle by workers and activists in Palestine to defeat their occupiers and their supporters in the U.S. and Europe — such as the six-month-long strike against British attempts to oust Palestinians from their lands in 1936 and the weekly national days of action during the First Intifada in the 1980s. Meanwhile, Mahmoud Abbas, the Palestine Authority president, follows his conciliatory agenda of making agreements with Israel and other regional leaders that support the two-state solution. In contrast, actions like the general strike on May 18 showed the potential of a united working class in Gaza, the West Bank, Jerusalem, and other cities inside Israel to resist Israel’s onslaught and to carry the fight forward for a free Palestine.