The FBI’s reopened investigation and the Podesta emails introduce unstable ground for Hillary Clinton just days before the elections. 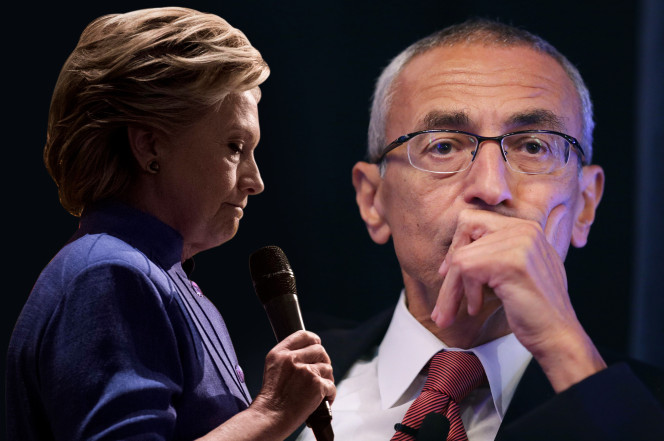 Whoever wins the elections, it won’t be thanks to his or her own merits, but rather, for the flaws of the opponent. However sexist and racist Trump’s abhorrent remarks, Clinton’s record of corruption has managed to sink her to a measly two-point lead in the polls. Although it still appears that Clinton will win, it is no longer a given.

As seen in the final debate, the candidates’ rancor has climbed to steep heights: Clinton accused Trump of close ties with Russia; Trump fired back with threats of imprisonment. Against this backdrop of escalating antipathy, Comey’s actions and the major fallout are proof of strong divisions within the bourgeoisie and the deep crisis of the Republican and Democratic parties.

Just as the American public was settling into the certainty of a Clinton presidency, a new drama arises, shattering the period of relative calm in a lurching, nauseating election ride. When Obama’s 2008 campaign was an inspiring, galvanizing experience for millions who saw hope for change, today many Americans are disillusioned with the Obama administration and decidedly underwhelmed by the two main candidates.

What motivated Comey’s letter to Congress, announcing the reopening of the investigation?

Despite the liberal and mainstream media’s disproportionate reaction, the FBI has a long history of explicit or concealed intervention in national politics. With so much at stake just eleven days from the elections, it’s hard to believe his acts are divorced from political interests.

At the same time, an instinct of self-preservation might have been at play. As director of the FBI, Comey has taken an unusual approach , making details of the email investigation public on the grounds that she is an “especially high-profile” subject. Comey’s disclosures in July came in the context of widespread public scrutiny of U.S. intelligence agencies following exposures by WikiLeaks, Edward Snowden, Chelsea Manning and others. In fact, Comey was praised by Obama and other high-ranking Democrats for bringing more transparency to the FBI. With new emails found on Weiner’s laptop, it is possible that some hardcore Republicans –within or outside the FBI– learned of the investigation and pressured Comey to go public, threatening to take aim at him if he didn’t.

Most significantly, the Wikileaks release of the Podesta emails just a few days prior might have sparked his fear of being compromised. In an internal FBI memo, he explained he was influenced by his “concern that word of the new email discovery would leak to the media and raise questions of a coverup.”

After publicizing extraordinary details on the email scandal and deciding in July not to bring charges against Clinton, Comey perhaps had reasons to fear the catastrophic consequences of newly-leaked documents revealing a secretly reopened investigation.

Despite these possibilities, Comey’s real intentions remain unclear. What is clear is that Comey’s move ensures that Clinton will not be elected with a wide popular mandate and undermines her future governability.

The liberal media repudiates the Comey’s meddling in the presidential elections because it allegedly politicizes an institution that is supposed to be neutral. Yes, Comey’s statement is something extraordinary. But this doesn’t mean the FBI can claim any sort of political neutrality.

Despite the liberal and mainstream media’s reaction to the recent events, the FBI has a long history of both explicit and concealed intervention into national politics.

The specter of Edgard Hoover was resuscitated by some newspapers only to draw a contrast with the current state of the institution: Hoover relentlessly persecuted socialists, communists and Civil Rights activists for almost 40 years. He dismantled the Black Power Movement through infiltration and the introduction of drugs as part of the COINTELPRO. He tortured, spied and summarily killed without restraint until his death in 1972, still at the head of the FBI.

No. The FBI was never a politically neutral institution. Operating in the shadows, away from any public scrutiny, its practices are actually a measure of how undemocratic the United States and its powerful institutions are.

While media and political attention is diverted to Comey’s announcement, the Podesta emails are full of sensitive material and may ultimately deal a heavier blow to Clinton’s popularity. For example, the problematic relationship between Clinton’s campaign and labor leaders (only a snapshot of the parasitic relationship between the Democratic Party and the unions) was covered in several media stories delving into the leaked emails.

BuzzFeed reporter Cora Lewis sharply contrasts the millions funneled into the Clinton campaign by the AFL-CIO (11.5 M), the AFT (10.6 M) and SEIU (30 M) on the one hand, with her stubborn refusal to endorse any of the most significant labor organizing drives underway, ie., Fight for 15 and Walmart workers’ campaign for a wage increase.

The Podesta emails also expose the inner workings of the Clinton Foundation, one of the most guarded organizations associated with the Clinton dynasty. The emails describe how the non-profit organization in fact operates as a hugely lucrative family business. Through a glaringly unscrupulous setup, using the Teneo consulting firm as a legal cover-up, the Clintons received millions from major corporations such as Coca-Cola and Dow Chemicals. As Paul Jossey reports for The Hill, these donations were amply rewarded by Clinton during her time as Secretary of State: “Dow avoided liability in India for a predecessor company’s accident that killed thousands because the Obama administration helped it avoid Indian courts…WikiLeaks is showing us what we didn’t know [about the Foundation’s donors] and it may be criminal.”

There’s more to the Podesta emails: a debate question smuggled to Clinton by DNC interim leader and CNN contributor Donna Brazile; the rushed endorsement by the union of machinists (IAM); the recommendation of Podesta himself to Clinton to “dump those emails” and much more.

The emails and the FBI investigation fuel the crisis of legitimacy of a possible Clinton presidency and the political caste she represents. It makes it harder to make a case for the lesser-evil candidate who is tinged by corruption and backroom deals.

The ten-point plummet in the polls reveal Hillary Clinton’s weaknesses as candidate. The fact that she has occupied the uppermost echelons of power, holding prominent positions, makes her not only an easy target of anti-establishment sentiment –just remember her picture with Donald Trump, Bill and Ivanka- but also vulnerable to scrutiny over mismanagement of public affairs.

This most recent series of scandals is a harbinger of tumultuous times to come. If, as expected, she wins the elections, she will take office under heavy fire from the left and right–widely questioned and distrusted. Although aggravated by the recent episode, the issue of trustworthiness is not new. Between January and August, the percentage of people who consider her “honest and trustworthy” has oscillated between 25 and 30 percent, the lowest in history for an overdog presidential candidate.

Still, just a few days before election day, it is not impossible that Donald Trump will be the next President of United States. If this is the case, he would face opposition from progressive sectors of society, including unions and immigrants’ rights organizations. He would also be the leader of a divided Republican party and have to work with the over 150 Republicans who publicly withdrew support from him, including all those he bullied and degraded throughout the election cycle.

The 2008 economic crisis has opened a period of new political expressions, from the rise of the Tea Party to Occupy, from Black Lives Matter to “The Bern.” The rise of bigotry and xenophobia embodied in Trump’s campaign, his base, and acts of white supremacist terror is also part of the landscape. The situation in the U.S., as in other parts of the world, has become volatile.

In our favor, long-standing prejudices against socialism are withering away, especially among younger people. At the same time, millions are grappling with the fact that capitalism only offers more misery and oppression. We may be witnessing a turning point that opens up possibilities for a rise in radical militancy, labor unrest and social convulsion.