How to Get Away With Murder: Another Cop Kills and is Set Free in St Louis

A former police officer is acquitted in the 2011 killing of Anthony Lamar Smith, a Black man. Thousands took to the streets in St. Louis. 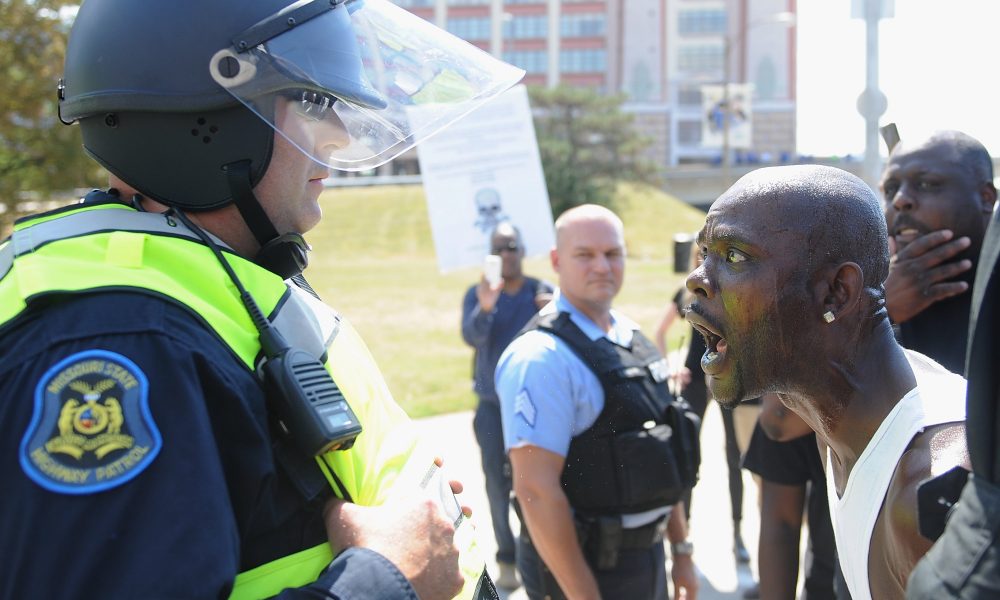 Photo by Michael B. Thomas/Getty Images

It was December 20, 2011 and for White America, it was just an ordinary day in the Midwest. Republican presidential candidate Rick Santorum was gaining momentum after Hermain Cain’s campaign collapsed and Gonzaga was scheduled to take on Butler in basketball. President Obama was gearing up for his re-election campaign, and for the average liberal like myself, we were living in post-racial America. We had a Black president after all!

It was another ordinary day for Black Americans too. Another daughter lost her father 5 days before Christmas. Another mother lost her son. Another white officer killed another Black man. The story barely made the press and, as with the thousands of Black people slain in this country by police before. State and Federal authorities declined to press charges. The case was reopened in the aftermath of the Michael Brown murder, and first-degree murder charges were filed 4 years later, in March of 2016.

Anthony Lamar Smith was executed in the front seat of his car by Officer Jason Stockley.

Smith was killed three and a half years before Michael Brown’s death got the media coverage it deserved. Before the downtrodden people of Missouri finally said enough is enough and mobilized en masse to show the world their discontent with the centuries-long American Apartheid. Black Lives Matter rose out of the collective rage felt by this country’s most abused and exploited people as a vanguard for their struggle to be seen as human beings. The three-fifths compromise may no longer be on the books, but our institutions and citizenry still treat people of color as though they are less than full citizens.

Officer Stockley showed a blatant disregard for police policy and, more importantly, human life throughout the incident. He fired seven shots upon a fleeing vehicle in direct violation of official police policy, endangering Smith and bystanders. Not three minutes later, Stockley showed his intent: “I’m going to kill this motherfucker, you know it!” True to his promise, Stockley executed his victim with his personal AK-47.

He then planted evidence on his victim. How can we be sure of this? Stockley claims he fired shots because Smith was reaching for a gun and that he returned to his car to retrieve medical supplies. No officer would leave a live, armed suspect with his gun in order to rummage through a duffle bag. This means Mr. Smith was either A) already dead, leaving no need for medical supplies, B) unarmed, or C) both.

Jason Stockley’s actions betray his testimony. Instead of using the supposed medical supplies, he confers with his partner and another officer away from the scene. Why would an officer that suspected an armed and dangerous person could still be alive fail to secure the firearm? Why would medical assistance not be attempted on the victim?

Fellow officer Elijah Smith testified that he did not see a gun when he lifted the airbag to look, and that it was “strange” that Stockley was allowed to go back and forth between vehicles after the shooting. The only DNA found on the alleged gun in Smith’s possession was Officer Stockley’s. Put simply, Stockley got away with murder.

On Friday, September 15, 2017, Jason Stockley was acquitted of the murder of Anthony Lamar Smith. Attorneys submitted their closing arguments to Judge Timothy Wilson, thus ending the trial on August 9th. Since Stockley had waived his right to a trial by jury, the decision was left to Judge Wilson alone to make. For the past month, Judge Timothy Wilson has sat on this verdict hoping tensions would dissipate before releasing the news. The closing arguments were made on August 9th and the judge had been expected to rule much sooner than the 15th. It is likely that he delayed the ruling in hopes that planned protests would dissipate over time. He coordinated with police and city officials on how and when to release the news. Barricades went up in anticipation of unrest on august 30th and the mayor released special pre-verdict The people had other plans, however, and as the weeks passed between final arguments and the verdict, the people increasingly grew outraged and planned protests for the inevitable release.

On Friday evening, protesters surrounded the courthouse, arms linked and in prayer. As riot police swarmed, tensions grew. Confrontations with police ensued, as police used tear gas and shot pepper-spray balls at the protesters. At least 10 officers were injured. Protesters then surrounded Mayor Krewson’s home, demanding answers. They were instead boxed in by police and sprayed with tear gas.

The TV screens are already being filled with ‘experts’ telling people that this isn’t the way to protest, that riots won’t solve their problems and that blocking traffic is too inconvenient for other people. The facts betray their lies, however because recent times have shown the opposite to be true. The privileged majority in this country do not care about the deaths of poor inner-city Americans until the oppressed force them to listen. What made Michael Brown a household name was not that he was among countless dead Black americans, but that the people rose up in solidarity. Freddy Gray knew no national recognition until Baltimore fought back. Rodney King’s name would have long since slipped away from our minds if not for the L.A. riots that followed.

Rising up against the oppressors is the only way to bring them to heel. Appeasement has never led to change and the privileged in this country will discredit any attempt to raise a conversation. The American ruling class made clear with their harsh judgement and rejection of Colin Kaepernick that any form of protest, no matter how peaceful and unobtrusive, is unacceptable. The oppressors do not want peace. They want silence.

Smith’s mother Annie said of the verdict, “Justice wasn’t served. I can never be at peace.”