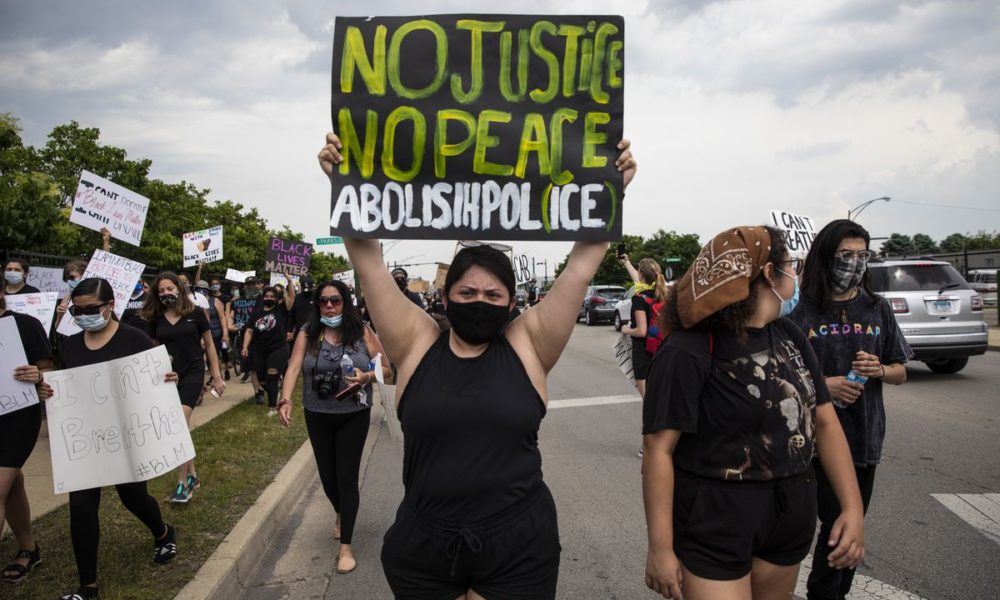 During the current uprising, across the country, undocumented folks have shown up in the streets to protest police violence and brutality. ICE agents have been targeting protesters, despite protests being a sensitive location. Supposedly, ICE isn’t even allowed in the periphery of these sensitive locations, which include hospitals, funerals, and weddings. Even so, ICE agents are showing up to protests to specifically target those demonstrating. At protests, police departments have been collaborating with ICE to arrest and give high charges to individuals who may or may not be DACA recipients. In the words of Sandra Castro Solis, advocate with Puente Human Rights Movement, this is to “stream them into this deportation pipeline.”

In Arizona, Maxima Guerrero, Roberto Cortes, and Johan Montes Cuevas were arrested at protests. They were all arrested by the Phoenix Police Department on Saturday May 30, held in a Maricopa County jail, and transferred to ICE custody. Maricopa County jails have the highest rate of COVID-19 cases of all Arizona prisons, with 313 of 4,400 inmates testing positive as of Friday June 12. Arizona state’s La Palma detention center also had 1,810 confirmed cases as of this week. Cells at La Palma have two detainees inside them, minimal hygiene, little access to cleaning products, and no toilet paper on the weekends. ICE also continues to conceal the number of COVID-19 tests they are conducting. Guerrero, Cortes, and Cuevas were released from ICE custody on Monday June 1. Despite being released, however, ICE can still step in at any time and initiate deportation proceedings. The intentional detainment of undocumented protesters punishes them for rising up against the state that continues to criminalize them, and — especially during the pandemic — literally risks their lives.

In New York City, a group of ICE agents worked in tandem with the NYPD to violently detain a protester. They held the man down on the ground as they pointed three guns at him, handcuffed him, and searched him. He was reportedly released after agents found a military veteran’s ID on him, but only after they threw him down and bruised his head. In the past three years, there has been a 1700% increase in ICE arrests in New York State, and a 400% increase in ICE raids in New York City during the first 11 weeks of this year.

ICE and the police are agents of a capitalist state that criminalizes migration and poverty to guarantee the subsidized labor and subjugation of Black and brown people in the United States. The targeting of protesters specifically shows that ICE will use every intimidation tactic at its disposal to quash the uprising. ICE and the police continue to arrest and detain people in the midst of a deadly pandemic — this is killing some of the most vulnerable. The protests against the police must take up the abolition of ICE as a key demand. Both ICE and the police are agents of repression. Both help maintain a capitalist system that is built on exploitation. Both serve to divide the working class: through racism and oppression of Black and brown communities, into those inside and outside the carceral system, into documented and undocumented, and citizen and immigrant. We must struggle together against these repressive forces. These divisions only strengthen our enemies.