If You Kill the USPS, You Kill Us

Recent attacks on the Postal Service have weakened the infrastructure needed to get medications to working class, rural, and disabled people, which has become even more critical during the pandemic. 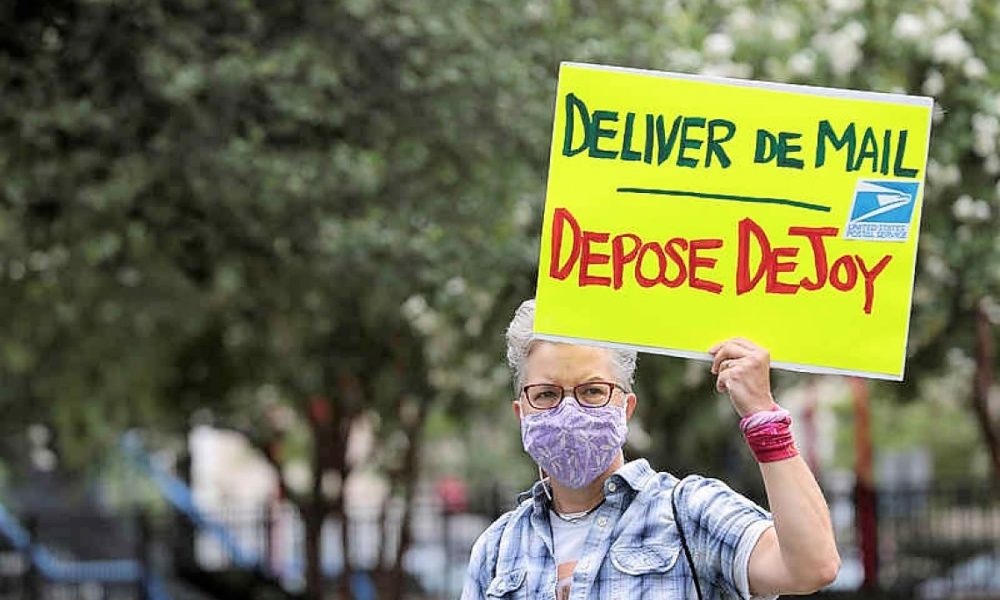 The United States Postal Service (USPS) is crucial for many people receiving essential prescriptions through the mail. Covid-19 has made it more critical than ever for disabled people, the immunocompromised, the elderly, and other vulnerable sectors, as well as people who live in rural areas, who need to receive their medications. More than half of the people who have their medications delivered by mail are over the age of 65, and 54 percent of this group takes more than four types of medicine.

Nevertheless, Louis DeJoy, the new postmaster general, has begun to implement changes that are slowing mail delivery: eliminating overtime for mail carriers, reducing post office hours, and removing sorting machines and mailboxes. However, these are not just recent proposals by a new Trump administration official. As far back as 2018, Treasury Secretary Steven Mnuchin led a task force whose report concluded that postal workers were overpaid and recommended cutting services, decreasing the number of delivery days, and making it easier to close local post offices and remove mailboxes. DeJoy has accelerated these measures to weaken the Postal Service, a public service critical to the working class in general, and to attack postal workers and their unions.

Major corporations such as the Rite-Aid drug store chain assert that they are not experiencing delays in prescription deliveries, but they have not disclosed the actual percentage of their prescription deliveries handled by the USPS, making their claims suspect. The American Pharmacists Association says it has received only a few calls with complaints about delays. Social media, though, is full of people complaining of their prescriptions taking days or weeks to get to them, with hashtags such as #USPSMeds proliferating.

These delays are particularly devastating for people who are relying on the Postal Service to deliver critical drugs such as insulin, heart and blood pressure medications, or psychiatric medications — with the inability to take them regularly having potentially drastic consequences. Patients with respiratory conditions may also face issues as rescue therapies wear off, increasing the risk of needed hospitalizations because they haven’t had access to lifesaving drugs. For many, service delays are literally a matter of life or death.

While some patients are able to acquire larger supplies of medications to compensate for delays, those options aren’t available to everyone, and especially not the most vulnerable. Patients who rely on Medicaid or lack insurance may not be able to acquire an emergency supply in case of delays. According to the National Health Interview Survey from 2018, almost one-fifth of Medicaid recipients under the age of 65 have reported ever suffering from asthma, compared to 13.6 percent of people in the same age group with private insurance. In a pandemic with a virus that attacks respiratory systems, it’s more important than ever for people with respiratory conditions to have the medications they need. Working-class people who are most likely to lack adequate healthcare, be exposed to environmental conditions that exacerbate health conditions, and experience financial and life event stressors that affect physical and mental health are currently unable to get the emergency medication supplies they need to treat these conditions.

The pandemic has shown just how indispensable the Postal Service is as a public service for Black, Brown, rural, disabled, and working-class communities. It’s also an important source of jobs: around a fourth of postal workers are Black. Cuts to the public sector drastically decrease the jobs available to people of color, especially Black workers. Capitalism makes it impossible for such services to prioritize people over profits.

The attacks on the Postal Service are affecting rural areas significantly, too. Rural mail carriers are driving longer routes and carrying more packages. Their shifts keep them out past dark on unlit roads. They’re called in on days off and ordered to work unfamiliar routes in far-off towns, and are working double shifts for no extra pay. It’s important to have better infrastructure for deliveries to reach rural areas and prioritize the delivery of medications that are heat-sensitive, such as insulin, but postal workers must also have better working conditions.

Right now, it’s critical to preserve the U.S. Postal Service. However, the only genuine solution to save the postal service is to place it under workers’ control. It is imperative that democratically elected councils of postal workers are able to make decisions about how and when mail is collected and delivered, and have the appropriate resources to enact these changes. Similarly, nationalizing health care, especially Big Pharma, and putting them under the democratic control of workers, scientists, and their representatives is key to improving prescription drug supply and distribution to ensure people get the medications they need.

Right now, we must fight to keep the USPS as a critical service. Ultimately, the solution lies in socialism — so we ensure that neither postal workers nor the people to whom they deliver  medications aren’t further sickened by capitalist exploitation.