Hunger strikes have become a common form of resistance and struggle in detention centers. Last week, detainees in Bakersfield, California went on a hunger strike to fight unsafe and deplorable conditions. 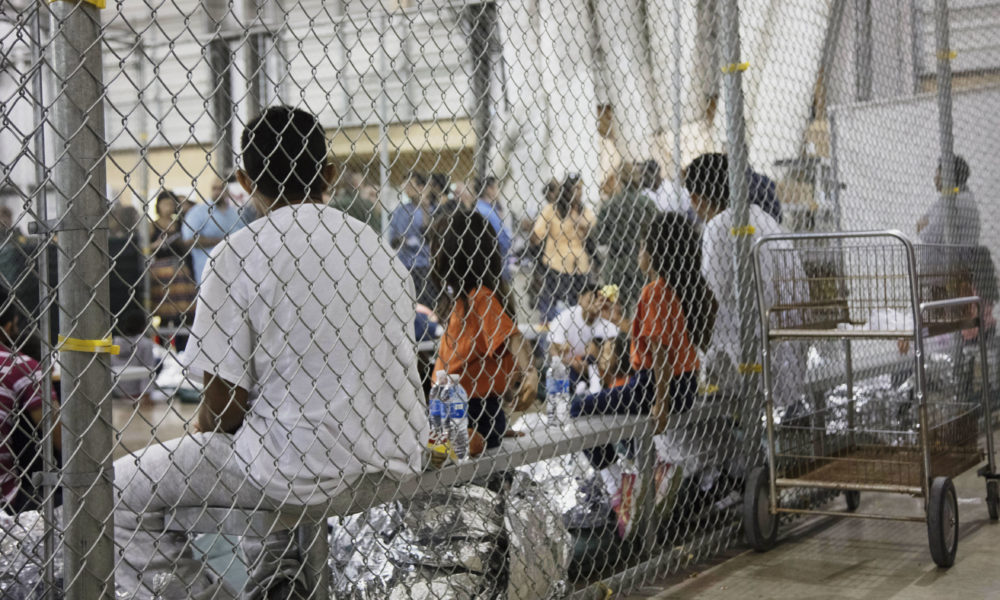 Immigration and Customs Enforcement (ICE) detainees in Bakersfield, California, have taken matters into their own hands. According to the Immigration Defense Project, many have gone on a hunger strike to protest inhumane conditions in ICE’s Mesa Verde Processing Center. Specifically, the strikers are calling attention to the lack of fresh food and to unsanitary dorms and bathrooms. The strikers represent an international coalition, one that includes people from Bangladesh, Cameroon, Mexico, Ghana, Haiti, Jamaica, Ethiopia, and Brazil. Further, it is reported that ICE detainees in San Quentin, California, have taken to striking for similar reasons.

The strikers’ poor living conditions are especially dangerous during a pandemic. Even before the outbreak of Covid-19, ICE concentration camps were known hotbeds of disease. Largely as a result of neglect, influenza, pneumonia, and staph infections were already widespread.

An ICE press release from early June sought to cast doubt on the strikers’ motives. The purpose of the Mesa Verde hunger strike, according to ICE spokesperson Jonathan Moor, is “to protest the repetitive cycle of the meal menu.” Moor also claimed, baselessly, that detainees were being coerced to go on strike by outside forces, like lawyers and activists.

“ICE always puts forth very inaccurate info to defend their own organization. I think they believe a lot of made up information in order to derail or discourage the cause of liberation. We’re doing this on our own, and no one coerced us to do this,” Qazi explained.

According to ICE’s own reporting, almost 3,000 migrant detainees have tested positive for Covid-19. This is likely an underestimate. Nevertheless, that would make the infection rate among tested ICE detainees three times that of the general populace. Migrants put into ICE custody are being led to their deaths.

Immigrant communities are under serious attack, which has been the Trump administration’s intent from the beginning. And migrants’ suffering has been greatly amplified by a pandemic that the executive branch has shown no interest in meaningfully combating. This deadly combination threatens to irreparably harm an already-marginalized segment of the population.

Concurrent with migrant hunger strikes, uprisings are taking place across the country demanding racial justice. Grounded in the call of #BlackLivesMatter, protesters nationwide are calling for an end to anti-Black police brutality. Motivated by nothing beyond basic notions of equality and fairness, their intentions are as pure as can be. And by way of its massive levels of popular support, the BLM movement is quickly gaining ground.

But the fight for racial justice cannot end at standing with our Black brothers and sisters against systemic police violence. Indeed, our collective vision of racial justice must also include justice for immigrants, which necessitates abolishing ICE and all its cruelty. In the words of Martin Luther King Jr., “Injustice anywhere is a threat to justice everywhere. We are caught in an inescapable network of mutuality, tied in a single garment of destiny. Whatever affects one directly, affects all indirectly.”

In addition to protesting poor conditions, migrants in ICE’s Mesa Verde Processing Center also used the hunger strike as a way to pay tribute to the memory of George Floyd and other Black American victims of police murder. In a public statement, they wrote:

We, the detained people of dormitories A, B, and C at Mesa Verde ICE Detention Facility, are protesting … in memory of our comrades George Floyd, Breonna Taylor, Oscar Grant, and Tony McDade. Almost all of us have also suffered through our country’s corrupt and racist criminal justice system before being pushed into the hands of ICE.

These brave strikers understand that grievances are shared; as the famous union slogan goes, an injury to one is an injury to all. The Mesa Verde detainees understand that we will only win when we stand together, organized as one, unified force. Even as they themselves are in captivity, they nonetheless muster the strength and courage to fight for the oppressed. The rest of us must follow their example, for only then can we win justice for all.