Once again, police get away with murder. This time of Philando Castile, shot in front of his girlfriend and daughter. This shows the true nature of the police and of the (in)justice system. 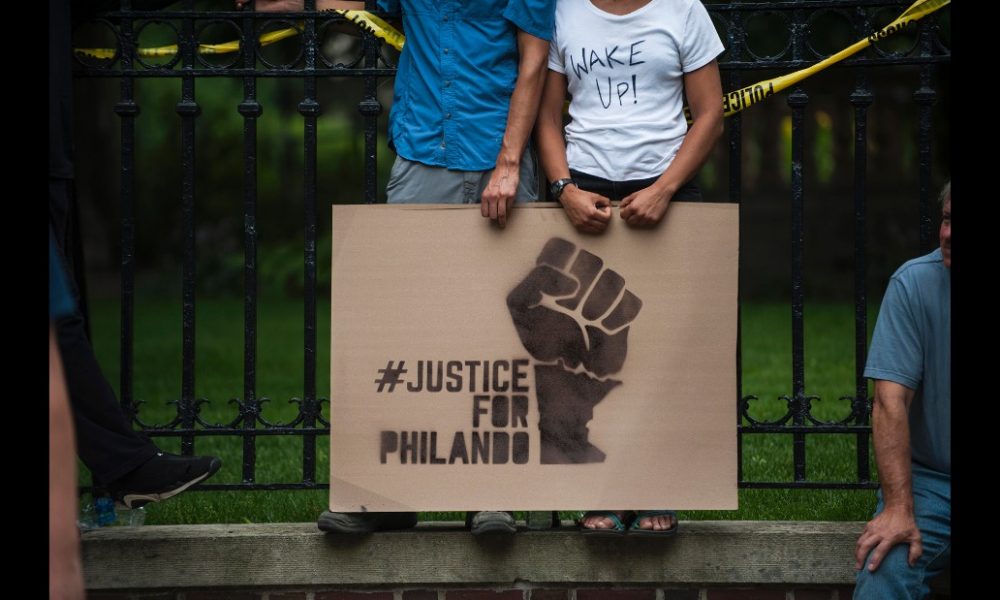 The streets of Minneapolis are teeming with thousands demanding “Justice for Philando Castile!”

Castile was murdered by police. He was shot in front of his four year old daughter, sitting in a car, wearing his seatbelt. The murder was live streamed on facebook by his girlfriend from the passenger seat. We all saw Philando Castile get murdered in cold blood. Yet, the when the verdict in the case of this killing came down, it was: “Not Guilty”.

The murder of Philando Castile was committed by a racially and ethnically diverse police squad, and yesterday, Jeromino Yanez, a Latino cop, was acquitted. The racial identity of a police officer isn’t everything. In fact, it’s NOTHING when the occupation is itself based on oppression, exploitation, and the enforcement of capitalism. Asian cops, Black female cops, Latino cops, white cops — all have bloodied hands. Police officers from oppressed racial and ethnic groups are killers just the same. And they get away with it just the same. We do not need cops that look like us; we need to end the police oppression that systematically murders and imprisons us.

Philando Castile broke no laws — he had a licence to open carry and was not holding his weapon, but the police still shot him. This reveals exactly how much we should rely on the law and a “justice” system we don’t control. The courts are firmly held by the wealthy capitalists; over and over, they lock us up, often for minor offenses. And they let the cops walk for murder.

The threat of action in the streets, mobilizing, organizing, shutting it down — that is why the police were forced to go to court in the first place. It is thought that this is the first time in Minnesota’s history that a cop has faced charges for murder of a Black man (but certainly not the first time it has happened). The physical manifestations of our rage and indignation in the streets are what forced a trial. When the mobilization lulled, this opposition took a form tempered by courtroom “manners” which made it easier to obtain a “Not Guilty” verdict. And the family’s lawyers counseled them to stay calm… as if being nice to a judge has any chance of leading to the conviction of a murderous cop. As the call for “respectability” quells our anger, the threat against the police and courts lessens. Our restraint is a weapon used against us. Only the organized rage and willingness to fight by those who see this racist, capitalist system for what it is can change society.

Philando Castile was a union member. He was a cafeteria worker and member of Teamsters Local 320.

Still, there are those misguided “leftists” who fight for cops to have better wages and a union. They’ll be happy to know that Yanez is represented by Law Enforcement Labor Services, the Minnesota police union defending the Castile murder. But the police are not our “union brothers and sisters”; they are the paid executioners of working-class union members! As Tre Kwon wrote last year, “If the role of the police is the everyday surveillance of the working class and oppressed to ensure conditions of capitalist accumulation, private property and the ruling order, then the role of the police union is to protect them as they carry out this assignment. Police chiefs and union presidents have univocally defended the moral position and legal innocence of their rank-and-file murderers.When cops get caught in the “excesses” of their duties—like shooting an unarmed Black man in his car for no reason—the cop union will defend one of theirs in court to absolve them of murder. Through union negotiated contracts, cops who kill on the job are summarily protected and even lavished with paid suspension and leave.” This is why there should be #NoCopsInOurUnions.

Minneapolis is a union town with a history of workers’ struggle. The Trotskyists led a General Strike there in 1934 with the Teamsters — the union that would later include Castile. The strike lasted the whole summer and inspired other strikes all over the country. It cemented Minneapolis’s reputation as a union town with a powerful labor movement. Of course, there was oppressive police violence during that strike as well — the cops killed two people and injured over 60. Just as the Teamsters went on strike for their rights as workers, we too must organize to strike for our rights as oppressed people and demand that our unions defend their members against the police!

It’s time to regain the militancy of ’34 and #StrikeAgainstPoliceTerror. We can and must use our power as workers to fight back. In the streets, as well as in our workplaces, we alone have the power to “shut it down”.