Accelerating inflation may be an issue right now in the U.S. and other recovering capitalist economies. But for capitalism, profitability is the real benchmark and that can be hit by wage rises on the one hand and interest rises on the other. 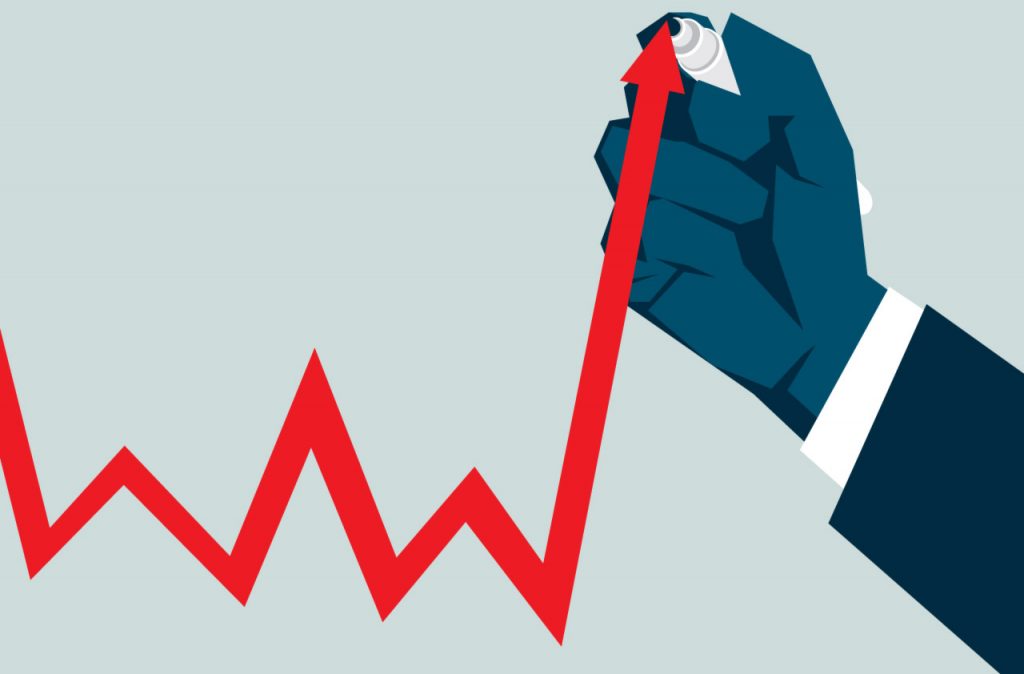 Originally posted in The Next Recession

Currently, as the major economies come out of the pandemic slump, employers are increasingly complaining that they cannot get staff to return to their low-paid jobs in the leisure, hospitality and other service industries.  They are being forced to bid up wage rates to attract people back into jobs with little satisfaction, poor conditions, no unions, no sick pay, no holiday pay etc.

The prospect of higher wages sounds like good news for layers of workers previously on minimum wage levels or even below.  But higher wages are a monetary or prices illusion if at the same time prices for food and other necessaries start to rise sharply.  And they are.  The official US inflation rate hit 5% yoy in May. This was the highest reading since August 2008.  It’s the same story in the UK and Europe. Even though the level of inflation is only about 2% a year there, that rate is the highest for over seven years.

The rate is partly the result of ‘base effects’ ie the rate dropped sharply during the pandemic slump and prices have just bounced back in the last few months.  But it is also the result of sharp rises in commodity prices (agricultural products, metals and energy) driven by a slow return to production of these goods globally and also a partial breakdown in the international ‘supply chain’ of trade caused by lockdowns and restrictions on movement.  In effect, there are ‘bottlenecks’ in supply that make it difficult to meet rising consumer and producer demand.  That’s driving up the rate of inflation in prices.

Inflation may be bad news for labour, but ‘moderate’ inflation is not bad news for capital.  Companies like a little inflation because it gives them some leeway to raise prices to sustain profitability in competition with others.  But what capital does not like is accelerating inflation.  That delivers a host of problems.  Raw material prices become uncontrollable, employees start demanding higher wages and there is a serious risk that interest rates start to rise, making borrowing more expensive.  So inflation of prices as such is not an issue for capitalists: what they hate are two things that might arise from accelerating inflation: rising wages and rising interest rates.  The former eats directly into profits at the bottom and the latter drives up borrowing costs and so clips profits off from the top.

Now Keynesians argue that wage rises are good news for all, workers and capitalists, as higher wages will boost ‘effective demand’ and get economies going.  But they also hint that capitalists need not worry about higher wages because if ‘wage-push’ inflation follows (ie capitalists raise their prices in response to wage increases), workers will eventually lose with one hand in real terms what they gain with the other – and profitability for capital will be preserved.  This circuitous argument allows Keynesian theory to claim that wage rises are good and won’t hurt capitalists – but at the end of the circuit of argument, we find that it is labour that loses or at least gains nothing.

However, as Marx explained in his famous debate with trade unionist Thomas Weston on whether wages will cause price rises, that this argument is really anti-labour and workers should not fall for it.  Moreover, wage rises mean lower profits, other things being equal, not higher prices. That is why capitalists oppose wage rises to the bitter end, despite the Keynesian calls.

You see, it’s profitability that decides investment and production, not ‘effective demand’.  As Marx said, wages are the dependent variable not the determining factor in capitalist production: “the rate of accumulation is the independent, not the dependent, variable; the rate of wages the dependent, not the independent variable”, and “(t)he rise of wages (…) is confined within limits that not only leave intact the foundations of the capitalistic system, but also secure its reproduction on a progressive scale”.  In other words, wage rises cannot rise to the point that they seriously threaten profits.  If they do, governments will intervene with so-called ‘incomes policies’ to control wages and impose taxes to reduce income gains – by the way, policies in the past that were supported by Keynesians to control wage-push inflation.

The current data on wages in the US are distorted because those who have been made unemployed during the pandemic were generally the lower-paid and the professional and manufacturing sectors were able to boost wages somewhat.  The current figures reflect this narrow base for wage increases.  But overall, so far, employee costs for capitalists are not rising at any faster rate than before the pandemic (in the US at about 3% a year).  Given that inflation is now 4-5% in the US, average real wages are actually falling (even though the higher-paid are doing okay).

Thus, the US stock market hit yet another all-time high last week and long-term bond yields (the main interest rate for corporations), after jumping a little on the latest inflation rate figure, fell back again after the Fed claimed that the current inflation shift was ‘transitory’ and inflation would eventually settle back to pre-pandemic levels near the Fed’s own target of 2% a year.

However, it seems that the Fed is not so sure of this ‘transitory’ future.  At its latest interest rate meeting, Fed officials were divided on their forecasts for inflation over the next few years.  The consensus view was that the ‘core inflation’ rate (that’s after discounting food and energy – hardly unimportant items for workers!) would jump to 3% this year, but then fall back to 2.1% in 2022 and 2023 even as the economy reached ‘full employment’ and maximum capacity.  So the consensus, as expressed by Fed chair, Jay Powell, was that there would be no need to raise the Fed’s policy rate until well into 2023.  However, several Fed regional presidents seemed less sure that inflation rates would drop back and given the supply ‘bottlenecks’ and the ‘sugar-rush’ in consumer demand, they have talked of an earlier move on rates.

And this is the point.  As I have argued above, capitalists, whether in productive or speculative sectors, are not really worried by inflation as it affects them little.  What worries them and their decisions on investment in productive sectors or continued speculation in financial assets is interest rates which affect the cost of borrowing relative to profitability in the ‘real’ economy and to prices in stocks and bonds.

Indeed, as I have argued before, inflation in goods and services actually tends to slow or even disappear in capitalist economies where the production of new value added slows in growth and leads to slowing in demand from capitalists and workers.  That is the tendency of the last 40 years, for example, in the major economies as the growth in the productivity of labour has declined and average profitability of capital has fallen.  The inflation rate has fallen and efforts by central banks to achieve ‘moderate’ inflation of, say 2% a year, have failed in the US, Europe and Japan.  Short-term interest rates, generally influenced by central banks, have dropped towards zero while long-term rates, more endogenously determined by market forces, have also dropped to historic lows not seen since the 1930s.

It’s interest rates that matter because corporate debt is at record highs in most major economies, while stock markets ride on a flow of borrowed money.  So any jump in the cost of borrowing could be devastating to many companies and trigger a stock and bond market collapse.

I have discussed before the fact that between 15-20% of companies in the major economies are barely covering the debt servicing costs with the profits they are making. According to Bloomberg, in the US, almost 200 big corporations have joined the ranks of so-called zombie firms since the onset of the pandemic and now account for 20% of top 3000 largest publicly-traded companies. With debts of $1.36 trillion. That’s 527 of the 3000 companies didn’t earn enough to meet their interest payments!

Debt servicing costs have been falling on average even though debt is piling up.  That’s because of the sharply falling cost of borrowing.  If that scenario should start to reverse, then the possibility of corporate bankruptcies and a financial crash becomes a probability. The US corporate debt servicing ratio (debt costs to corporate income) has jumped to a 20-year high in the pandemic. And if corporate bankruptcies (currently very low) start to emerge, the banking system may come under pressure.

Recently, the Federal Reserve conducted a ‘financial stress test’ on US banks.  It found that nearly all were in good shape with plenty of spare capital to cover any loan losses, certainly compared to before the global financial crash of 2008-9.  They were in such good shape, that they could plan to pay shareholders increased dividends and buy back shares to boost prices.  However, while the large ‘retail’ banks seemed in good shape, it was less so for the huge investment banks which provide funds for speculation in financial assets and speculate themselves.  They are required to have higher capital ratios (capital relative to loans and financial assets) and the gap between the minimum requirement and their ratios is much less.

Accelerating inflation may be an issue right now in the US and other recovering capitalist economies, and it certainly bites into any recovery in labour incomes; but for capitalism, profitability is the real benchmark and that can be hit by wage rises on the one hand and interest rises on the other. If it is, that is the basis for a new slump.