Internationalism and the Mexican Working Class

Internationalism is a strategic necessity. As the Mexican working class begins to mobilize, workers in the US and Mexico must unite against the capitalists and the state. 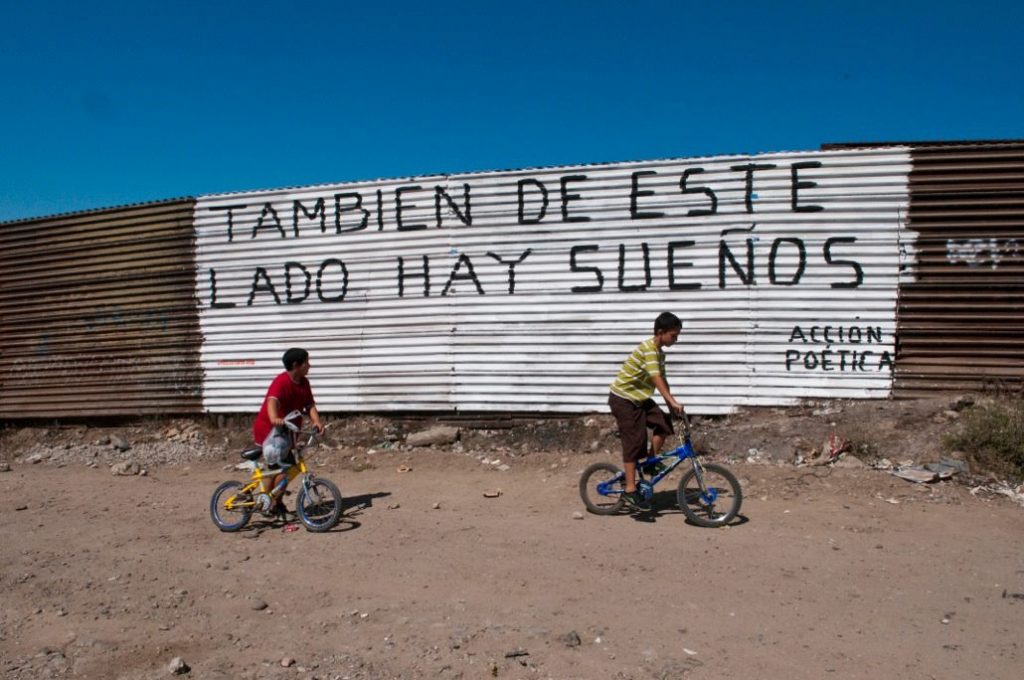 With NAFTA, the Mexican economy developed a manufacturing industry that was entirely dependent on transnational corporations.

The massive foreign direct investment attracts capital due to both a very low-cost labor force (even in comparison to Chinese salary levels) and the country’s proximity to the United States.

Despite what Donald Trump claims, NAFTA has created immense profits for U.S. transnational capital, not only by creating low-cost goods for U.S. consumption but also by opening Mexico to subsidized American products. The most emblematic example is corn, which is the basis of the Mexican diet and makes up 60 percent of national agricultural production. With NAFTA, the government authorized the entry of 2.5 million metric tons of duty-free corn. The Mexican corn industry was left with no possibility of competing with corn imported from the United States because agricultural productivity in the U.S. is so much higher than that of Mexico. Peasant organizations report that the U.S. government subsidizes corn at 30 percent of production costs while Mexican government subsidies do not even reach 9 percent. Corn is perhaps the most glaring example of this dynamic which has left rural farmers in complete ruin and has led to around 300,000 people a year migrating to industrialized cities or to the United States. These emigrates from the countryside make up the new Mexican working class who sell their labor for pennies and create low-cost products for the U.S.

Mexico is part of one of the most dynamic value chains in the world: the automotive components chain of NAFTA member-countries. The need to compete with other countries that receive massive flows of Foreign Direct Investment (FDI) led the Mexican government to maintain the lowest wages among the member countries of the Organization for Economic Co-operation and Development, causing some economists to label Mexico, “The China of the West.” An estimated 42 million workers are employed in the industrial, manufacturing, extraction, and oil industries as well as in the maquila and service sectors. This army of men and women work in grueling conditions comparable to those of the 19th century as described by Engels in “The Condition of the Working Class in England”: 10-16 hours a day for 4 dollars a day. There are no unions and they have no health care benefits. Eighty percent of manufacturing production in Mexico is exported to the United States.

Mexico is the US’s second largest trading partner; according to the U.S. Census Bureau, the United States imported $294 billion worth of products from Mexico and US exports to Mexico were worth $231 billion in 2016 alone.

In the United States, millions of Latino workers – mostly Mexican – are vital to agro-industry, construction, services, restaurants, and industrial production sectors. These Mexican workers migrate as a direct result of NAFTA as well as out of fear of the violence that resulted from the War on Drugs. According to estimations, Latino workers contribute 32 percent of the US GDP.

Despite Trump’s propaganda accusing Mexico of benefiting from NAFTA to the detriment of the US economy, US multinational corporations have, in fact, been the main beneficiaries of the agreement. The Mexican bourgeoisie, which also received a significant share through the generalization of precarious work, has simply acted as a junior partner.

Meanwhile,, the Mexican foreign debt, whose primary creditor is the US, is $424.1 billion.

The working class of northern Mexico begins to rise

As was discussed in the opening session, the working class has been seriously defeated, fragmented, and left in worse condition since the neoliberal offensive. But things are changing. For almost a quarter of a century, the working class of the Mexican North was silent, suffering under the some of most degrading conditions of imperialist penetration.

This working class on the border is composed mainly of indigenous or ex-peasant women (although the majority of workers in some branches are men) who travel alone to work in the industrialized cities, leaving behind their families and often, their children. They live on the outskirts of the city without drinkable water and sometimes without any water at all. The streets have no asphalt or electrical lighting, and it is too dangerous for women to walk alone. In border towns, femicide — which is common throughout the country — is due not only to sexist violence but to a complex network that includes the government, the police, the narcos, and the bosses.

For many years, these women organized against femicide, demanding that the disappeared be found and that they be brought justice. They did so as friends, as sisters, and as family members, but not as the working class. This began to change in 2014, when women began to organize in the factories to fight for higher pay, against sexual harassment, and for the right to unionize. At the end of last year, labor struggles erupted in Foxxcon, ComsCrom, Eaton, ADC Lexmark, Lear, and other factories. During the 2016 and early 2017 there were struggles in the maquiladoras of Sonora, Chihuahua and Coahuila.

During 2015 and 2016, indigenous agricultural workers in San Quintín waged one of the most important labor struggles of recent years. 35 thousand “day laborers” demanded a salary increase and the right to unionize. Thousands of workers spearheaded radicalized actions such blocking the Transcontinental Highway linking Baja California with Baja California Sur. They fought against the army in order to defend the blockade.

The mayoral candidacy of the maquila worker Antonia Hinojos (“Toñita”) arose in this context in Ciudad Juárez in 2016 Her denouncement of the capitalist parties for governing in the interest of the bosses and not the working class was extremely disruptive. She also denounced the exploitation of workers in the factories owned by transnational companies and was a political voice of the Maquiladoras.

An anti imperialist politics in the US

Capitalist development in the past quarter century has profoundly transformed the structure of the world economy. The fact that different components of the same goods are produced in different parts of the world has created a new international division of labor. This new working class, which is limited in its movement by borders and migration restrictions, is heterogeneous and fragmented. On the other hand, capital has almost absolute mobility which has led to competition among the workers of different countries like never before in the history of capitalism. As a result, the wage gap has grown. In Mexico the average wage is 4 dollars a day (80 Mexican pesos), compared to 32 dollars in the United States.

The only way in which the situation of millions of workers employed in NAFTA-member countries can possibly improve is through ending the imperialist oppression of Mexico and Central America and capitalist exploitation on both sides of the border.

And this is concrete. As Leon Trotsky wrote to the British Labor Party in 1938 when the Mexican oil was expropriated:

“Visit any center of the mining industry: hundreds of millions of dollars, extracted by foreign capital from the earth, have given nothing, nothing whatever, to the culture of the country; neither highways nor buildings nor good development of the cities. Even the premises of the companies themselves often resemble barracks. Why, indeed, should one spend Mexican oil, Mexican gold, Mexican silver on the needs of faraway and alien Mexico, when with the profits obtained it is possible to build palaces, museums, theaters in London or in Monaco? Such are the civilizers! In the place of historical riches they leave shafts in the Mexican soil and ill health among the Mexican workers.”

We can confidently state that advances of Trump and of imperialism against the independence of Mexico will, to a large extent, depend upon the level of resistance organized by the US working class and the Left. Firm resoluteness is necessary to paralyze the criminal hand of imperialist violence.