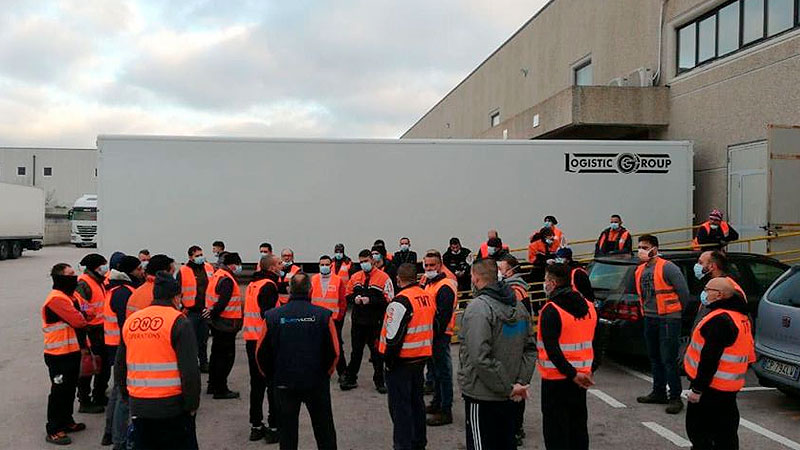 Italy is the country hardest hit with the coronavirus, with over 15,000 reported cases nationwide and entirely overrun health care facilities. The president has called a near-total shutdown of shops and public venues. At the same time, many factories remain open due to an exception “for work reasons.”

But as tensions around the coronavirus rise, workers all over the country, especially in Northern Italy’s industrialized area, have gone on strike, demanding safer working conditions.

At the Fincantieri shipbuilding company in Marghera, the unions called a strike. Officials say, “It’s impossible to respect the rules — you can’t do this work at a distance of one meter from each other. It would be better to shut everything down. This virus is a disaster, and we don’t feel protected.”

“We are not slaughterhouse meat,” said a worker in the Brescia area of Italy. Workers in factories in this area are also on strike,  demanding the suspension of activity for 15 days. “We are discussing with the companies how to deal with this situation. We are registering strikes in four or five sectors,” said Francesco Bertoli, secretary of one of the region’s largest unions, Cgil de Brescia.

Four hundred and fifty workers of the Corneliani men’s fashion brand in Mantova began a wildcat strike to protect their health. They put out a statement saying, “there are not Class A and Class B citizens; health is the same problem for everyone.”

A few days ago a protest was led by IKEA Anagnina workers in Rome. They stopped working, claiming that they could not do so safely, as the required distances between people were not guaranteed.

Workers at the PSA Genova Pra’ Terminal also went on strike on March 11, arguing that measures such as disinfecting work tools, such as cranes and other machinery, had not been taken.

At a plant in Termoli, Molise, Fiat workers are on strike until March 14.  Their union said in statement:

The big factories bring people together, from the buses to the assembly lines to the canteen. It defies logic: the state closes everything, starting with the schools, and bans moving around — even issuing criminal sanctions for those who ignore the decrees. But unlike China, the Italian government has not closed the factories; it keeps saying “stay at home” even as the assembly lines continue producing and putting staff and all their families at risk.

“Against the Bosses and the Coronavirus, Our Health Comes Before Your Profits”

The USB (Unión Sindical de Base) has called for a 32-hour strike in nonessential industrial sectors, asking for “drastic measures to safeguard the health and wages of workers.”

The delegates of the USB say that most workers do not have protective masks and that the gloves are also insufficient. “We only get one pair a day,” the workers say, and there is no hand sanitizer. In a video broadcast on his Facebook page, the security delegate of USB Logistics said, “The warehouse is not disinfected, the tools are not disinfected.”

Delegates report that logistics workers have been delivering goods and packages all over Italy for weeks, even to people in quarantine, who in theory should not even open their doors and expose others to the risk of coronavirus infection. This has provoked nothing but total indifference from political, administrative, and health authorities.

That is why the workers have mobilized under the banner of “Against the bosses and the coronavirus” and “Health before profits.”

The Federation of Metalworkers (Fiom) issued a statement demanding that jobs, as well as the health of the workers, should be protected. Fiom General Secretary Francesca Re David argued that President Sergio Mattarella’s decree had an “unacceptable lack of measures and initiatives aimed at protecting workers who are ensuring the economic viability of the country in a serious emergency.” The statement demands that “the government urgently convene a meeting to address the emergency situation of metalworkers.” Fiom calls on workers “to mobilize immediately” to push companies to “guarantee workers’ health and safety” and for “a programmed reduction of production.”

Make the Capitalists Pay for the Crisis

In the face of Italy’s coronavirus crisis, which has put the entire country in “quarantine,” millions of workers in Italy are exposed to unhealthy working conditions, without the most basic health precautions. It is clear: the government prioritizes the profits of capitalist employers over the safety of the working class.

These strikes are just the start of what is needed to confront this crisis. Workplace protests, strikes, and worker self-organization are a necessary response to confront the bosses and to provide a working class response to the health crisis. Such measures would include allocating a larger budget to the public health system and expropriating laboratories, private clinics, and pharmaceutical companies to make all the necessary resources available to the population. It would also mean establishing sick leave without reducing wages for all the workers at risk of contagion, guaranteeing the prohibition of dismissals throughout this period, among other emergency measures.

As the workers themselves say, our lives come before the capitalists’ profits! 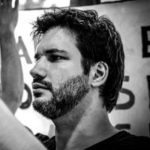