Environmental activists are being murdered with increasing frequency, particularly in semi-colonial countries. Below are the stories of eight people who took on powerful companies and imperialist interests and paid with their lives. 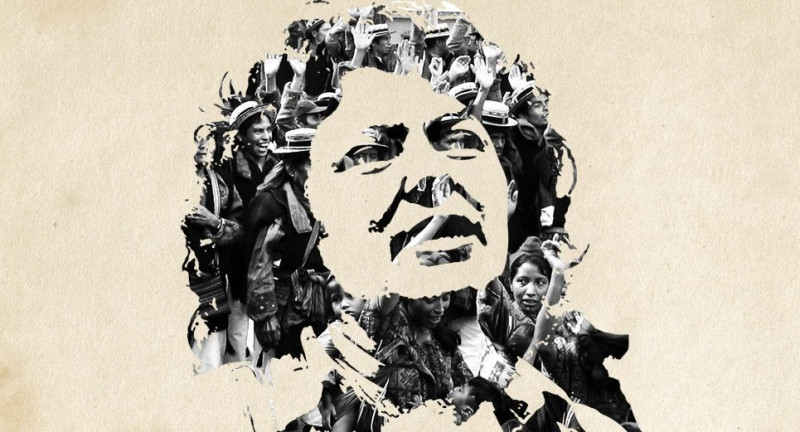 Image by Friends of the Earth Europe

Four people are killed every week over climate and land disputes at the hands of state forces and hired assassins who defend the interests of big corporations, large landowners, and the government. According to the 2019 Global Witness Report, which tracks such harassment, enforced disappearances and murders of activists across the world, 164 environmental activists were murdered in 2018. Although this is a drop from the previous year’s count of 207 deaths, the report details how violence and coercion has spiked as coalitions of private security forces, contract killers, and state forces have looked to systematically silence those who are on the frontlines of the climate crisis and dare to take on bourgeois governments and capitalists.

The stories of environmental fighters are often ignored, forgotten, and silenced by the mainstream media. After all, these people are often fighting against U.S. corporations. As we contemplate how to solve the climate crisis, it is important to remember that the places hit by environmental disasters have been and will be semi-colonial countries first, and that there are people in those countries who are fighting and dying in the struggle against climate catastrophe.

Here, we take a moment to recognize seven of the inexhaustible list of environmental activists who’ve lost their lives in the fight against climate change during the past decade:

Berta Cáceres was a Lenca indigenous woman and a human rights defender who, for over 20 years, fought for the rights and territory of the Lenca people. She co-founded COPINH (Civic Council of Popular and Indigenous Organizations of Honduras) and led campaigns against mega-industrial projects and illegal logging. 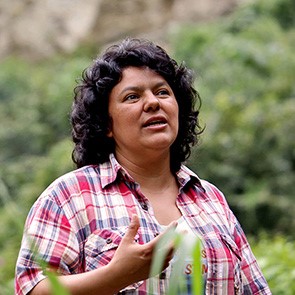 Starting in 2013 and alongside COPINH, Berta rallied the local community in a year-long protest against the construction of a series of four hydroelectric dams proposed by the Chinese company Sinohydro, the World Bank’s International Finance Corporation, and the Honduran company Desarrollos Enérticos, S.A. (DESA). Their plan was to build a dam on the Rio Gualcarque, the sacred river of the Lenca people, which would result in the displacement of indigenous communities.

These protests led to continued harassment and violence from DESA employees, their security, and even the Honduran military, with the government and DESA repeatedly painting COPINH as violent terrorists. Cazares and the Mexican environmentalist Gustavo Castro were killed in her home by armed intruders hired by DESA in March 2016. A 2017 investigation showed that three of the eight people arrested in relation to Cacéres’ death were linked to elite troops trained by the U.S. 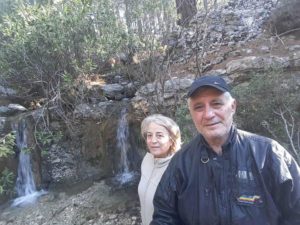 Aysin and Ali Büyüknohutçu were two environmental activists who had long been involved in local leftist politics and legal and civil fights against stone quarries in Antalya. After founding the group Toraçder, Aysin and Ali went after marble stone quarries in the region—one that was a mainstay of the region and contributed to the country’s $2 billion-a-year business in natural stone exports. These quarries, however, damage the forest.

In 2017, their campaign and lawsuits against these businesses successfully shut down two marble quarries operating in the region. But two months later, in their house in the Finike district, Aysin and Ali Büyüknohutçu were gunned down by an assassin paid by a quarry owner. Although he intially confessed and pointed to the quarry owner as the person who hired him, after only a few days, he changed his testimony to say that he acted alone and eventually was found dead in prison—a supposed suicide.

“The murder of Ali and Aysin is a sign of the new climate in Turkey,” said Onur Akgül, a campaigner for the Northern Forests Defence conservation group. “Ecologists strongly suspect there is more to this case than individual motives. The attack on the environment now is the biggest in our country’s history. Their murder can be seen as a message to others. It shows how far some interests are willing to go.”

A leader of an Amazon tribe that is acclaimed for their role as environmental defenders, Jorginho Guajajara belonged to the Guajajara tribe in the Maranhão state of Brazil. The Guajajara support the “Guardians of the Amazon” who have taken it upon themselves to protect what remains of the eastern edge of the Amazon rainforest and carry out direct action such as tying up loggers, burning trucks and tractors, and kicking them off the reserves to reduce illegal logging. The Guardians say that they defend these forests not only for their own families, but also for the uncontacted Awá people that live in the region.

As environmental activists have found their work becoming increasingly dangerous, particularly under the Bolsanaro regime where murder and harassment of activists are on the rise, the biggest casualties seem to be borne by the indigenous communities in the Amazon who constantly wrestle with illegal occupation and violence on their lands. Since 2000, about 80 Guajajaras have been killed in the area. Jorginho’s body was found left by a river that has become a famous dumping ground for Guajajaras killed by loggers or their collaborators. 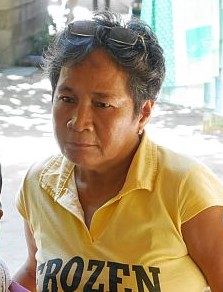 Beginning in 2014, 57 year old Gloria Capitan found herself in direct conflict with energy companies that stockpiled coal in her town of Bataan in the Philippines that were polluting the town and sickening its people. With 30 of her neighbors, she formed the United Citizens of Lucanin Association, a community based advocacy group opposing the operation and expansion of coal plants and their open storage facilities.

After learning about the global climate change movement at a rally in Manila in 2015 and joining the Coal Free Bataan movement, Gloria threw herself into the cause. Her work ultimately resulted in the city ruling that companies cover their coal stockpiles to reduce atmospheric dust, which led to increasing death threats and harassment directed at Gloria, both overtly and covertly.

In 2016, she started receiving threatening visits from unidentified men, telling her to stop her anti-coal organizing or face the consequences. In July 2016, two men on a motorcycle pulled up at Gloria’s small karaoke bar where she was singing with her 8-year-old grandson and shot her three times before they fled. In a statement after her death, Val De Guzman, a campaigner for the Philippine Movement for Climate Justice said:

“If this is a message to silence other anti-coal activists like her, then they are mistaken.

Because on the ground where Ate Glo’s (Capitan) body fell, where the blood from her body flows, more anti-coal activists will sprout. Instead of silencing us, it will only strengthen our convictions that the evil menace of coal must end. And we will persevere in this fight and see to it that our children and the children of our children will be free from it.” 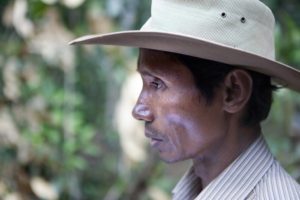 The prominent anti-logging and land rights activist in Cambodia, Chut Wutty was a vocal critic of the corrupt government as big businesses sought to profit off of the destruction of Cambodia’s natural resources. He founded the National Resources Protection Group (NRPG) in Koh Kong province and advocated tirelessly against the land-grabbing tactics employed by the state. He was also instrumental in exposing a secretive state sell-off of national parks, wherein the government granted concessions to capital interests and allowed them to industrialize lands designated as national parks and wildlife sanctuaries.

As someone who made the protection of the forests his life’s mission, Chut Wutty was treated as a major threat by businesses, the country’s military, and political elites; as a result, he often found himself in danger. In April 2012, he took two journalists from Cambodia Daily to investigate illegal logging in the Cardamom mountains. On his return, he was intercepted by the military police and, following an altercation where he refused to hand over his photographic evidence, was gunned down as he tried to drive away. In 2016, four years after his death, the Cambodian government banned the British documentary, I Am Chut Wutty, that was based on his life and final months. 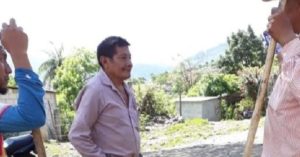 Isidro Perez and Melesio Ramirez were two indigenous leaders who organized with the Committee of Campesino Development (CODECA) in Guatemala. Established in 1992, CODECA has long worked on improving the situation of the rural poor in Guatemala and focuses on issues such as the wage conditions of campesinos (peasant workers), land reform, and the nationalization of electric energy in the country. They regularly organize mass protests against the violation of the rights of indigenous people.

Over the years, members of CODECA have suffered widespread threats, harassment, persecution, kidnappings, and often murder. In recent years, Guatemalan President Jimmy Morales has openly spoken out against CODECA and their efforts to defend human and environmental rights, even giving a go-ahead for continued attacks on members of the group. In 2017 alone, seven members of CODECA were murdered, but none have been charged for those crimes. Isidro and Melesio were murdered while attending a peaceful action organized by CODECA on July 5, when 15 armed men stormed onto the Nuevo Edén farm and started shooting at the group.