Larry Krasner and the Myth of “Progressive” Criminal Justice

With the streets full of people confronting the racist capitalist system and its endemic police brutality and murder, the cry that the criminal justice system is broken raises a question: How do we fix it? The wrong answer is to count on so-called “progressive” district attorneys, who rarely if ever actually cross the “thin blue line” of cops. 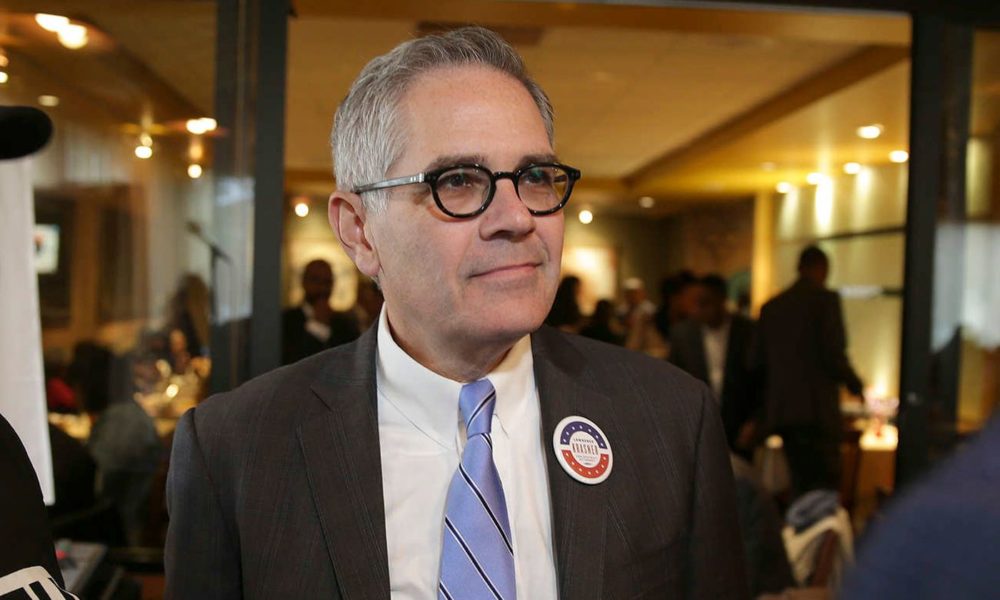 When Larry Krasner announced his candidacy for District Attorney of Philadelphia in 2017, the head of the city’s police union called it “hilarious.” After all, Krasner had spent his career first as a federal public defender and then as a criminal defense lawyer in the city, specializing in civil rights. His frequent pro bono clients included protesters from Occupy Philadelphia and Black Lives Matter.

Krasner’s “anti-establishment” campaign centered on changing policies that had long driven the DA’s office. His platform pledged to “achieve real justice for victims and others caught up in the criminal justice system” by undoing the “win-at-any-cost culture that prioritizes high conviction rates and harsh sentencing over more effective approaches that are proven to reduce crime.” He pledged he would “stand up” for Philadelphians’ “rights and liberties,” and specifically promised that with his “focus on serious crime” he would “end mass incarceration,” “free the wrongfully convicted,” and “stop cash bail imprisonment.” His office, he declared, would “resist the Trump Administration,” “protect immigrants,” and “stand up to police misconduct.”

To many people’s surprise, Krasner first won a crowded Democratic primary and then won the general election that November. Ironically, it was a victory buoyed by $1.7 million in actual campaign funding from billionaire hedge fund manager George Soros — the “boogey man” right-wingers often falsely allege to be the money behind everything they despise.

Liberals and self-described socialists alike touted his campaign and his victory. The Philadelphia chapter of the Democratic Socialists of America (DSA) endorsed him. Socialist Alternative, hiding behind it’s pseudo-independence from Democratic Party politics, declared, “While we cannot ‘endorse’ his campaign, we wish Larry Krasner luck, and we will be fighting alongside him and all those working in his campaign to win the reforms he is fighting for.” Jacobin described Krasner’s primary victory as “a chance to tear [Philadelphia’s criminal justice system] out by the roots.” Shaun King called his policies “essential and revolutionary.”

It didn’t take long for the sheen to rub off. By early 2019, those same activists were grasping at words to express how the man they had supported could be working directly against Black activist and journalist Mumia Abu-Jamal, falsely convicted and imprisoned for nearly 40 years — including almost 30 on death row — for the murder of a cop. A Pennsylvania Superior Court judge had ruled in late December 2018 that Mumia could have a new chance at appealing his conviction, but Krasner disagreed.

Only a month after the judge’s order, Krasner announced that he would appeal that judge’s decision — claiming a “technical” issue in the case, but actually bowing down to the Philadelphia police union that had stood in the way of every chance to get justice for Mumia over a four-decade period. The backlash from those who had supported his candidacy was intense, and Krasner finally reversed that decision in mid-April 2019 — clearly mindful of the hit his “progressive” reputation had taken, and what that could mean in a reelection campaign,

To be sure, there have been some changes in Philadelphia under Krasner. In his first year in office, he decriminalized marijuana possession as well as some sex work offenses. There have been some reforms to the bail, probation, and parole systems, the latter two saving the city millions of dollars. Krasner calls this “chapter one” and describes “chapter two” as “we’ve woken up the giants” — which he describes as the National Rifle Association, Fraternal Order of Police, prison industrial complex, the political right, moderate Democrats, and so on. They, he insists, “have come to realize we represent an existential threat not only to the judiciary, but to the established way of doing business in the Philadelphia Democratic Party.” But are these “giants” actually concerned? So far, Krasner hasn’t confronted any of them at a fundamental level.

Then there’s Krasner’s most recent actions. There’s nothing like a series of crises to reveal the truth. For instance, as Covid-19 hit Philadelphia and a movement to free imprisoned people emerged, hundreds of Philadelphians — mostly Black — were stuck in jails for minor offenses while Krasner dithered with a “plan” to get judges to allow the release of some of them.

After the murder of George Floyd, Krasner was critical of the fact that the killer cops weren’t arrested immediately. “Honestly, I believe that there were grounds to arrest from the moment anyone in law enforcement saw that video,” he said, adding, “We as a country have lived far too long with prosecutors who will basically do anything to cover for police.” That from a man who helps keep Mumia Abu-Jamal in jail.

Since then, as protests hit Philadelphia, Krasner has revealed his true colors and put the lie to “progressive” criminal justice. By early this week, more than 700 protesters had been arrested in Philadelphia. Krasner spoke to demonstrators at Philadelphia City Hall and declared, “Protesting is not a crime.” He promised, “We are not going to charge you for protesting.” But he added, “If we see vigilante-type behavior, beating people up, if we see crimes or the illegal possession of guns … we are going to charge and prosecute that.”

It’s the Philadelphia police engaging in “vigilante-type behavior” on the city’s streets. The cops are the ones “beating people up.” The city’s police commissioner, Danielle Outlaw (yes, that’s her name) admitted it. As the Philadelphia Inquirer reported, she said she “did not approve of police officers’ appearing to condone vigilante activity in Fishtown, even posing for photos with some members of the bat-wielding group” of right-wingers that has been roaming the city and colluding with the police to attack peaceful protesters. Video also shows Philadelphia cops pulling down the masks of kneeling protesters and pepper-spraying them in the face. Other video showed a Temple University student being arrested as a copy struck him in the head with a baton and another used his knee to pin his face to the street. Charges against the student were dropped, but what about the cops?

Krasner and Outlaw are law enforcement in Philadelphia. Krasner said the murderers of George Floyd should have been arrested “the moment” the video was seen. None of the abusive cops in Philadelphia are behind bars. Meanwhile, many protesters remain in jail.

Philadelphia isn’t the only city where the myth of “progressive” criminal justice has been revealed. In the 2018 elections, new “progressive” district attorneys won elections in Boston, Dallas, and elsewhere. Each of them has taken some small steps, most typically to outline “do not prosecute” lists for offenses that will no longer be prosecuted. But when it comes to confronting the lawlessness and brutality of the police forces with which they must work, forget it.

That last point has just been made particularly clear in California, where George Gascón — the “progressive” former San Francisco district attorney — is now running in Los Angeles to unseat the incumbent district attorney for Los Angeles County. Gascón is one of 10 “reform-focused candidates” who earlier this week were endorsed by Sen. Bernie Sanders in the wake of George Floyd’s murder. But in San Francisco, as even the Los Angeles Times points out, “Gascón did not charge any police officers in fatal uses of force during his two terms in office.”

The endorsement is revealing the bankruptcy of relying on “progressive” Democrats to solve police brutality. One member of the DSA National Political Committee tweeted disappointment over the Sanders endorsement, writing: “this one hurts a lot” because Gascón in San Francisco had “refused to charge the killer cops in our racist police force that murdered so many of our black and brown brothers and sisters.”

In recent days, many officials of the criminal justice, along with cops, have been taking a knee with protesters, and sometimes even hugging them. When they do, it is truly an echo of what Breya M. Johnson so keenly observed in a tweet: “like when your abusive boyfriend brings you flowers after hurting you. when he makes a grand gesture of love in front of your friends. It’s to pressure you into forgiveness, it’s manipulation, it’s abuse. Don’t fall for it.”

The election of Krasner and other “progressive” district attorneys in recent years shows that Americans are sick and tired of a criminal justice system that defends the capitalist state and its “special bodies of armed men, prisons, etc.” — as Lenin called them — primarily for the purpose of maintaining the system of private ownership that condemns millions to poverty and degradation. Their actions in office — regardless of whatever small progressive changes they may achieve — reveal that reform of the criminal justice system is an illusion. The widespread police and prosecutor actions across the country in the aftermath of the George Floyd killing reveal that it will take abolition, not reform, of the capitalist police force to stop the murderous cops. Only a system of justice established by and based on the democratic decision-making of working people and oppressed communities will turn things around.