Throughout history, love has been at the service of the ruling class. What would love be like in socialism? 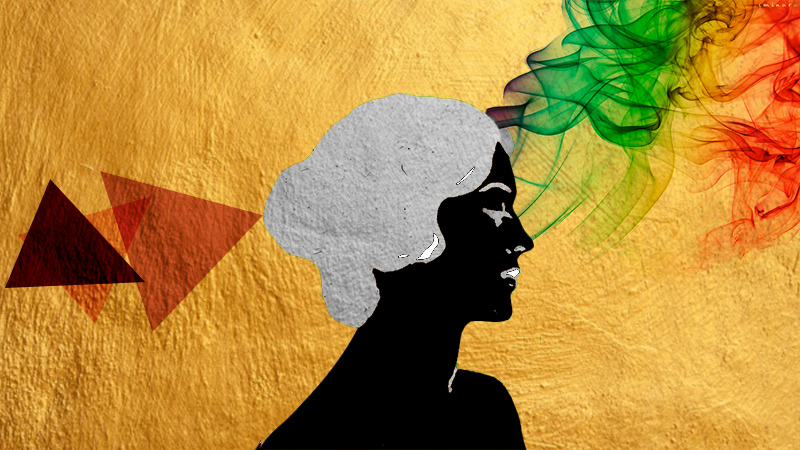 Love has a history

Alexandra Kollontai was one of the most prolific Bolshevik writers on the issues of gender, love, and marriage. Like any good Marxist, Kollontai saw love not as an eternal and immutable feeling, but rather as a historical construct — one that has changed drastically over time. Love has a history, and throughout history, it has been used to organize society in the interests of a small ruling class. As Kollontai argues in her text Make Way for the Winged Eros, in “all stages of historical development, society has established norms defining when and under what conditions love is ‘legal (i.e. corresponds to the interests of the given social collective) and when and under what conditions love is sinful and criminal (i.e. contradicts the tasks of the given society).”

Engel’s The Origin of the Family, Private Property, and the State attempts to scientifically trace the development of the nuclear family unit leading up to the bourgeois family. He argues that prior to the emergence of private property, societies were not organized on the basis of family units, and that there was no strict division between one family and another; instead, groups collectively organized childcare and production. It is only with the emergence of private property that the family unit was created in order to pass down private property. Later, with the development of capitalism, there is the formation of the “bourgeois” family; the proletariat had no property to pass down, and thus has no use for family units divorced from the rest of the community.

Engels calls the end of matriarchal relations and establishment of the family unit the “historical defeat of the female sex.” The creation of the patriarchal family preceded capitalism and became the basis of the economic and social structure in capitalism. Ideologically, it is naturalized as the only way to express and organize loving relations.

As most people can tell you, capitalism is all about competition and individualism. While that is true, it’s only part of the story. It’s not only the individual that one is meant to care about — it’s the individual family unit. As opposed to towns or tribes, the central building block of capitalist society is the nuclear family. Ripped away from any sort of collective consciousness, capitalism dictates that we care about our spouse and our children more than other people in our community and significantly more than other people in the world.

If the nuclear family is integral to maintaining a system of exploitation and private property, love in capitalism is a ruse for the economic functions of family units. Kollontai says, “Aware that the stability of the family — the economic unit on which the bourgeois system rests — required that its members be linked by more than economic ties alone, the revolutionary ideologies of the rising bourgeoisie propagated the new moral ideal of love that embraced both the flesh and the soul.” In other words, modern love as connected to marriage was invented by capitalism.

After all, the family unit ensures child care, food, and laundry services at no cost to the state or the capitalists, the majority of which is intended to be rendered by women; the family ensures competition externally, as well as selflessness internally, particularly in the form of women’s unpaid labor. As Kollontai argues, “The entire morality of the bourgeoisie was directed towards the concentration of capital. The ideal was the married couple working together to improve their welfare and to increase the wealth of their particular family unit, divorced as it was from society.”

You may be interested in “Love in the Time of Capitalism”.

The aforementioned system sets up a series of important limits on love, including the economic necessity to stay in relationships and a lack of time for intimacy. Socialism would mean the liberation from these restraints; it would mean liberating love to be the “winged eros” that Kollontai describes.

Socialism and the End of the Family

To the Bolsheviks, free love and women’s liberation was a central component of a socialist revolution. They wrote and debated extensively on the topic, as well as bringing about the most advanced women’s rights legislation that the world had ever seen. The Bolsheviks legalized abortion and divorce, and decriminalized homosexuality, and the state began to take up women’s unpaid labor through public cafeterias and childcare centers.

These were only the first steps towards the Bolshevik idea of the end of the family, which was deemed both capitalist and patriarchal. It was only the first steps towards the abolition of compulsory domestic labor, socializing reproductive work and including it in the planned economy. Trotsky writes, “The revolution made a heroic effort to destroy the so-called ‘family hearth’ – that archaic, stuffy and stagnant institution in which the woman of the toiling classes performs galley labor from childhood to death. The place of the family as a shut-in petty enterprise was to be occupied, according to the plans, by a finished system of social care and accommodation: maternity houses, creches, kindergartens, schools, social dining rooms, social laundries, first-aid stations, hospitals, sanatoria, athletic organizations, moving-picture theaters, etc. The complete absorption of the housekeeping functions of the family by institutions of the socialist society, uniting all generations in solidarity and mutual aid, was to bring to woman, and thereby to the loving couple, a real liberation from the thousand-year-old fetters” (Trotsky, Revolution Betrayed).

“Modern love always sins because it absorbs the thoughts and feelings of ‘loving hearts’ and isolates the loving pair from the collective. In the future society, such a separation will not only become superfluous but also psychologically inconceivable.”

The end of the family as a social and economic unit will form the basis of free love, where people will be able to enter and exit relationships at their will and without fear of economic consequences. It will form the basis of equality between men and women, and remove the structural imperative of gender roles. It will open society up for love as expansive comradeship rather than as private possession. As Kollontai argues, already within capitalism, love is not confined to marriage; from friends to extramarital affairs to love triangles, love is bursting at the seams.

As Kollontai argues, under socialism, the expansion of love beyond a romantic partner is part and parcel with socialism, and could strengthen and solidify the nascent Soviet Union. She writes, “Surely it is important and desirable from the proletariat’s point of view that people’s emotions should develop a wider and richer range? And surely the complexity of the human psyche and the many sidedness of emotional experience should assist in the growth of the emotional and intellectual bonds between people which make the collective stronger?” Love outside of marriage is antagonistic with capitalism. In socialism, love would only expand to become something that not even Kollontai ventured to thoroughly describe.

Yet, she does use the concept of comrade to describe the love in socialism. To a Bolshevik, a comrade is the highest term of respect — they were people you were willing to die with in struggle; the deepest of connections and solidarity with thousands of people, many of them strangers united by a revolutionary goal. Kollontai says, “The new communist society is being built on the principle of comradeship and solidarity. Solidarity is not only an awareness of common interests; it also depends on the intellectual and emotional ties linking the members of the collective. For a social system to be built on solidarity and cooperation, it is essential that people be capable of love and warm emotions. The proletarian ideology, therefore, attempts to educate and encourage every member of the working class to be capable of responding to the distress and needs of other members of the class, of sensitive understanding of others and a penetrate consciousness of the individual’s relationship to the collective. All these ‘warm emotions’ — sensitivity, compassion, sympathy, and responsiveness — derive from one source: they are aspects of love, not in the narrow sexual sense but in the broad meaning of the word.”

The love that Kollontai describes does not seek to possess anyone, for under communism, the idea of possessions will be obsolete. No more “be mine,” no more trying to own anyone’s body or desires. Rather, society would encourage love, care, and compassion for everyone.

Much has been said about the epidemic of depression in capitalism. The Guardian put out an article entitled “Neoliberalism is creating loneliness” arguing that the mass epidemic of depression and anxiety has its basis in capitalism. He says, “human beings, the ultrasocial mammals, whose brains are wired to respond to other people, are being peeled apart. Though our wellbeing is inextricably linked to the lives of others, everywhere we are told that we will prosper through competitive self-interest and extreme individualism.” The kind of collectivism and comrade love that Kollontai describes is the only thing that can put an end to the emptiness of our isolated and fragmented lives. No one person can be our other half, fulfill all our needs, and heal all our wounds, despite capitalism’s insistence that they can. Kollontai says, “Collectivism of spirit can then defeat individualist self-sufficiency, and the ‘cold of inner loneliness’ from which people in bourgeois culture have attempted to escape through love and marriage will disappear.” Under socialism, there will be an understanding that the love for your friends, your neighbors, and your family is of equal importance to romantic love; this is how we will fill the neoliberal emptiness The Guardian describes.

In capitalism, we are economically isolated, while always seeking and rarely finding some kind of social connection. In socialism, connection, solidarity, and comradery would be enforced by social structures and the economy.

Even within the existing system, we can and should take lessons from Kollontai’s vision — rejecting jealousy, possession and the imperative to put our romantic partners first. Yet, love under capitalism — incomplete, flawed and fettered — is enormously profitable to the bourgeoisie class. Thus, the kind of love that Kollontai describes can only be made real after a socialist revolution that destroys the capitalist state. Comrade love will only be hegemonic in communism, when the family as it exists today is a distant memory and there are material conditions to enter and exit relationships, to experiment, to mess up, to get your heart broken and to fall deeply in love with friends, lovers and everything in between.

In the Soviet Union, attempts to build a new kind of society failed due to the lack of material conditions for communism and the Stalinist bureaucratization that sought to enforce the traditional family. (See Five Myths About the Russian Revolution Debunked for more on the Stalinization of the USSR). This does not mean we should not fight for the kind of society where the “wingless eros” would thrive.

On this Valentine’s Day, I celebrate and struggle for the winged eros — to build comrade love in the here and now and strategize, fight, and organize for a communist future — the only kind of society in modern history in which the truest expression of love has prevailed.