U.S. democracy is hardly democratic. Young people are forced to sell their labor and take on massive student loans to survive, but they are unable to choose what kind of world they live in. Lowering the voting age to 16 would give a voice to millions of teenagers across the country who are recently politicized and deeply invested in issues like defunding the police and climate change. 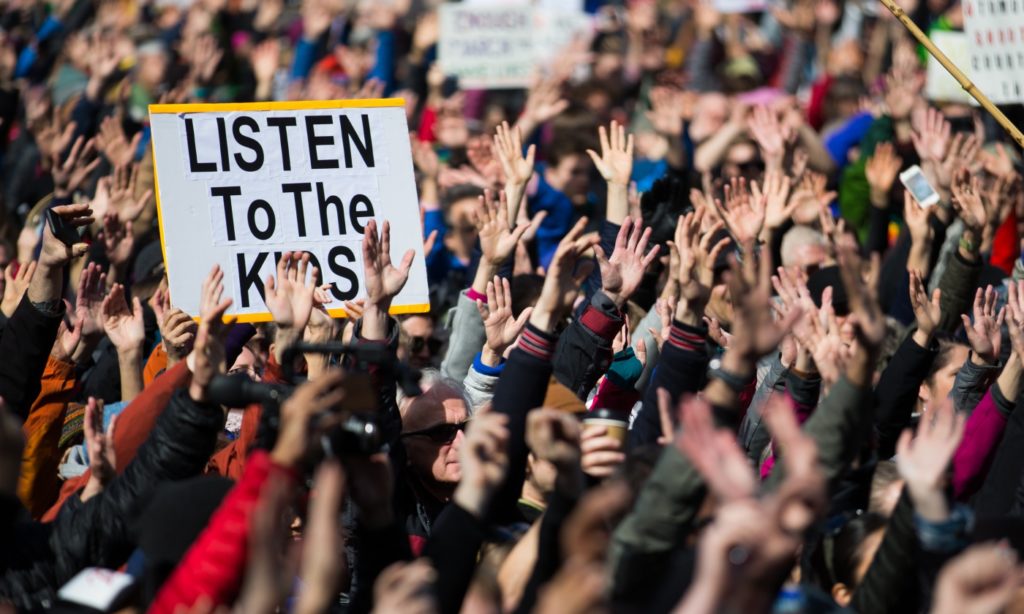 The United States is and always has been a bourgeois democracy that preserves and furthers the interests of the elite at the expense of the marginalized and the working class. One of the key ways that the capitalists and political elite maintain control is through a slew of voter suppression tactics. Gerrymandering; the disenfranchisement of the incarcerated, formerly incarcerated, and immigrants; and the existence of the Electoral College make voting burdensome — if not outright impossible — for the majority of Americans. The youth are among these disenfranchised sectors: they are able to work, but unable to vote in elections where their future is at stake.

From the point of view of the establishment, the participation of more working class people and oppressed groups in elections would threaten the state’s authority. After all, the participation of the masses would show how truly undemocratic American “democracy” is and make it easier for leftward movements to find expression at the electoral level. The youth are especially seen as a threat to the bourgeois establishment because they are likely to be won over to leftist politics: an Axios survey revealed that 70% of millennials would vote for a socialist candidate. In 2017, Corbyn and the Labour Party tabled a motion to lower the voting age to 16 in the UK. Due to loud opposition from the conservative Tories and Theresa May, the motion never took off. In the US, Democrats and Republicans both are against the idea of lowering the voting age: a Massachusetts poll showed that registered Democrats opposed 16-year-old voting by a 48-41 percentage while Republicans were opposed 9-to-1.

Climate activist — and daughter of Representative Ilhan Omar — Isra Hirsi, recently tweeted “hi I’m a communist.” She is representative of a shift within Gen Z , where the youth are loudly socialist and leftist, unwilling to subscribe to — or at the very least, resistant to — the dual-party capitalist system. This shift is a consequence of the material conditions that Gen Z and Millennials have grown up with: a precarious economy with two painful recessions, staggering amounts of student debt, brutal and racist police violence on the streets, decades of destructive U.S.-led imperialist wars, the burgeoning climate crisis, and ever growing income inequality. Capitalism is less enticing each and every day, even more so in the aftermath of a bungled Coronavirus response where thousands were infected and died, all to keep the economy humming along for a few corporations whose executives and board members continued to rake in millions of dollars in profits. Gen Z sees that socialism is the future, but without the vote, they have no real way to realize it.

There is some change happening: this November, San Franciscans will have the opportunity to vote on a measure to lower the voting age to 16 for local elections; in nearby Berkeley, high school students have been allowed to vote in school board elections since 2016. Voter registration efforts in Oregon allow 16 and 17-year-olds to pre-register to vote once they turn 18. But these measures are merely cosmetic changes to what remains a deeply undemocratic political system. After all, 16-year olds still pay taxes on their income and work without limits on hours; if imprisoned, they are often tried as adults. The state controls teens’ reality and choices, but they have no platform by which to be critical or express anger and dissatisfaction toward the state.

The voting age has been lowered before: the 26th Amendment was instituted because student activists protesting the Vietnam War organized to fight for the right to vote. 18 year olds had to pay taxes, could get married, and were drafted to fight in the Vietnam War — but they were unable to vote for their “representatives” in the highest offices of the U.S. government on decisions directly related to their lives. Activists adopted the slogan “Old Enough to Fight, Old Enough to Vote” to voice their demands, and a mass movement to lower the voting age grew across the country, eventually making it to Congress. After the states ratified the 26th Amendment and Nixon certified it in 1971, 11 million potential voters were added to the electorate, about half of whom exercised their right to vote in the 1972 election.

16-year olds need to be able to weigh in on local elections and state and federal ones too. As laid out in the Left Voice program, giving youth the right to vote is one of several reforms that need to take place for a leftward shift in consciousness at the electoral level. This fight would simultaneously reveal the extent to which democracy is curtailed and silenced by the bourgeois classes. Young people, as workers and future workers and those who face an uncertain future under capitalism, will be an important part of the formation of any truly independent workers party. By garnering the ability to vote, young people can begin to express their dissatisfaction with the current system and build consensus around the types of changes we want to see and work toward the ultimate goal: overthrowing the capitalist state and socialist revolution.