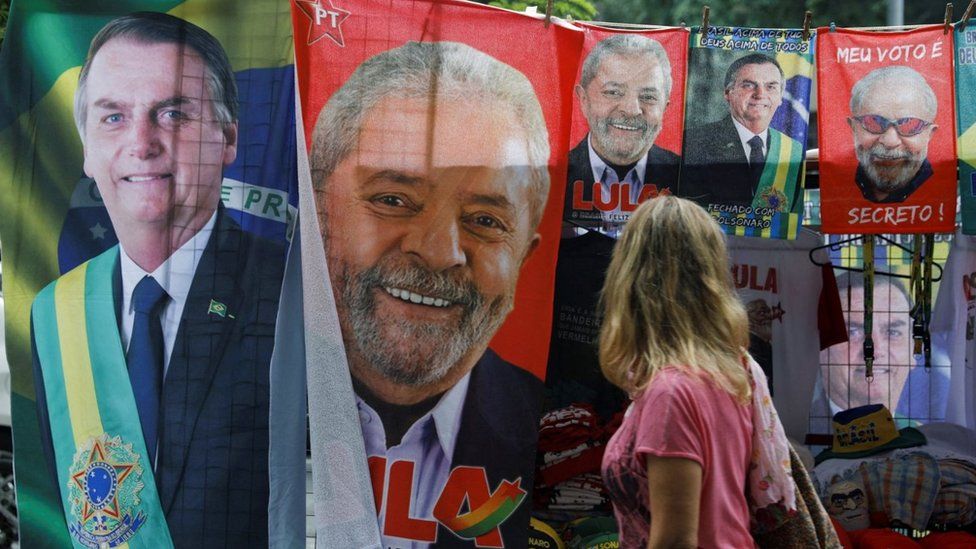 In the first round of Brazil’s elections, former President Lula da Silva has defeated incumbent president Jair Bolsonaro 47.9 percent to 43.6 percent, according to the results released by officials and the media. However, Lula failed to surpass the 50 percent of the vote required to avoid a second round. Simone Tebet of the center-right Brazilian Democratic Movement earned four percent of the vote and Ciro Gomes of the Democratic Labor Party took slightly more than three percent. The second round of elections will be held on October 30.

In the context of major erosion in the president’s popularity, Bolsonaro and his allies achieved their primary objective: to avoid losing the presidency outright in the first round. Prior to the first round of voting, many polls had suggested that Lula could come away as tonight’s victor.

Bolsonaro’s allies received better results in gubernatorial and Senate races. Bolsonaro’s former Minister of Infrastructure, Tarcísio de Freitas of São Paulo, came out ahead of the Partido dos Trabalhadores (PT)  candidate, Fernando Haddad, 42.5 percent to 35.6 percent. This race will also be decided in a second round. The traditional Right also siphoned many votes away from the Brazilian Social Democratic Party (PSDB), which lost its historic bastion in São Paulo.

Bolsonaro’s performance in the first round surpassed the expectations of even his own campaign. The far Right maintains its stronghold in the south of the country, and achieved strong results in the interior of São Paulo state. Exit polls pointed to a tie in the state of São Paulo; however after the votes were counted, Bolsonaro finished with a 7 percent advantage. Lula, meanwhile, won in the city of São Paulo by a margin of 10 percent. The PT candidate also performed well in the northeast of the country and came out ahead in Minas Gerais, the second-most important electoral prize, though he finished below what exit polls had projected.

By surviving the first round, the Bolsonaro campaign will likely feel emboldened to question the vote count in the second round, aided by the reactionary armed forces who have been the ability to count the votes by the judiciary.

While the elections will go to a second round, it is clear that Bolsonaro finds himself in a different scenario from 2018, when he won his first term in office. The current conjuncture is marked by a widespread hatred of the far right and of the Bolsonaro government in particular, whose disastrous policies have led to hunger, poverty, precarity, and unemployment for millions of people. Given this,it’s clear that the possibility exists for a major national force to seriously confront the far Right.

Given his agreements with the parties of the Right and the representatives of big capital, Lula appears as the favorite in the second round, although it’s unclear if he’ll count on the support of Simone Tebet and Ciro Gomes, who finished in third and fourth place, respectively. The relatively favorable results for Bolsonaro, alongside Lula’s desired alliance with the so-called “third way” represented by Tebet and Gomes, will likely shift the Lula’s discourse even more to the right in the second round.

It is quite possible that the Brazilian right will take inspiration from the Trump supporters who disputed the far-right leader’s loss in 2020, or the Peruvian right who rejected the loss of Keiko Fujimori in 2021. In this scenario, it’s necessary for us to forcefully confront any anti-democratic actions by Bolsonaro to retain the presidency.

This odious far right, which detests workers, Black people, women and the LGBTQ+ community, must be challenged through class struggle and with a program to scrap Bolsonaro’s anti-worker economic reforms, like the labor and pension reforms.

This is totally contrary to the class conciliation put forward by Lula and the PT, which only strengthens the Right. Lula’s alliance with Geraldo Alckmin and with the representatives of big business will not just fail to defeat Bolsonaro: it will, in fact, encourage the far right to advance. The right wing must be faced head on with an anti-capitalist program that unites all workers against the bosses.