Macron Is a Tyrant: Don’t Let Him Fool You

French president Emmanuel Macron has been praised for his response to the explosion in Beirut. But his violently anti-worker actions in France tell us what kind of leader he is. 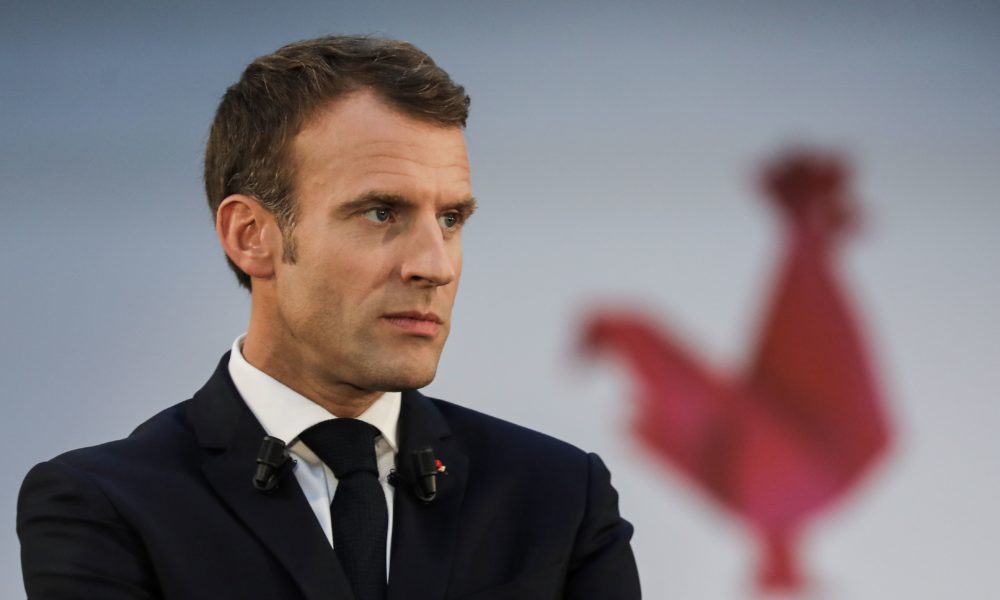 French president Emmanuel Macron has once again popped up in the news cycle after his response to the devastating explosion in Beirut. It makes sense that people not used to following the president would find his response endearing. He showed up in a devastated city, met with victims, called out the political corruption that led to the disaster, and offered financial support to Lebanon.

Macron is ideologically a neoliberal, and like all neoliberals, his supposed humanitarianism is nothing but an act. If mainstream media ever bothered to report on Macron’s actions the way they report on world leaders who don’t align with Western capitalist hegemony, everyone would see past Macron’s PR stunt in Lebanon. They would see him for what he truly is — a tyrant.

Every anti-worker action typical of neoliberalism can be found in how Macron has been running France since he was elected. Attacks on unions, violent suppression of protests, privatization of industries, glorification of militarism, and cuts to pensions are just a few of the themes that have defined his leadership.

Though the Yellow Vests movement did receive some coverage in its early stages, it certainly never got the top-story treatment that a historic movement for working-class liberation deserves. It also isn’t the only movement in France to go largely underreported by capitalist media. Earlier this year, France saw its longest strike in modern history when 30 unions came together to fight a  plan that would’ve significantly cut millions of French workers’ pensions or forced them to work past the legal retirement age.

There should be no serious expectation that capitalist media would give working-class news the attention it deserves. The bourgeois class, which controls the news cycle, would have a lot to lose if people regularly saw what working-class direct action looks like. Still, it should always be pointed out when they so blatantly refuse to cover long-lasting class conflicts such as the regular strikes and protests that have been a staple of Macron’s France.

In response to an increase of organizing by the French working class, Macron has been a fan of using police violence to repress it. This is no surprise coming from a leader who’s said publicly, “Do not speak of ‘repression’ or ‘police violence’; such words are unacceptable in a state under the rule of law.” This sentiment has resulted in countless videos of French police attacking protesters, comparable to some of the most vile attacks by U.S. police. In fact, Macron’s tyranny had already found its way into Lebanon when, back in November 2019, Middle East Eye reported that the same tear gas canisters used in France against the Yellow Vest movement were used by Lebanese forces against working class protesters.

To squeeze all the disregard for workers’ rights and free speech that have characterized the Macron regime into one article would be difficult, since examples are plentiful. But if the president is going to attempt to restore his reputation by exploiting a crisis of political corruption in another country, it’s an unfortunate reality that mainstream media will fall in line and do everything they can to paint him as a great, compassionate leader. To get a more accurate sense of the type of leader Macron is, people would benefit from reading up on the corruption and abuse of workers, which he’s been getting away with for years now.

From 1923 to 1946, France colonized Lebanon, and Macron’s effort to gain favorability among the Lebanese people is an act of neocolonialism. Ultimately, it’s the right of the working-class people of Lebanon to choose how they address the devastation that the corrupt ruling class of their country and Western meddling has brought on them. For those of us who are watching from abroad, we can support Lebanon’s working class by exposing Western power grabs for what they are: greedy, two-faced bids for influence over the region, not at all based in concern for working-class liberation.

Now, as Lebanon’s fight for working-class liberation and sovereignty from Western bourgeois influence of their economy grabs the world’s attention, Macron postures as a hero ready to help out a country in need. It’s neoliberalism that sabotaged Lebanon’s economy in the first place. U.S. sanctions on Lebanon’s neighbor, Syria, have long limited Lebanon’s ability to trade, confined to the Beirut port. Now that it is gone, the country will starve if sanctions are not removed, but of course Macron isn’t speaking out against the U.S. corruption that starves Lebanon.

Rather than using his influence to challenge the greatest threat to independence of Lebanon’s working class, Macron is setting France up to once again control the country. No matter how much aid he provides, the situation will not improve while the working class of Lebanon continues to have zero say in the material decisions that shape their country.

Neoliberals are great at fooling those who don’t pay attention. Champions of the ideology know how to mask their disregard of workers’ rights and democracy with performative displays of concern for vulnerable people. We must be vigilant in exposing neoliberals like Macron for the two-faced tyrants they are.