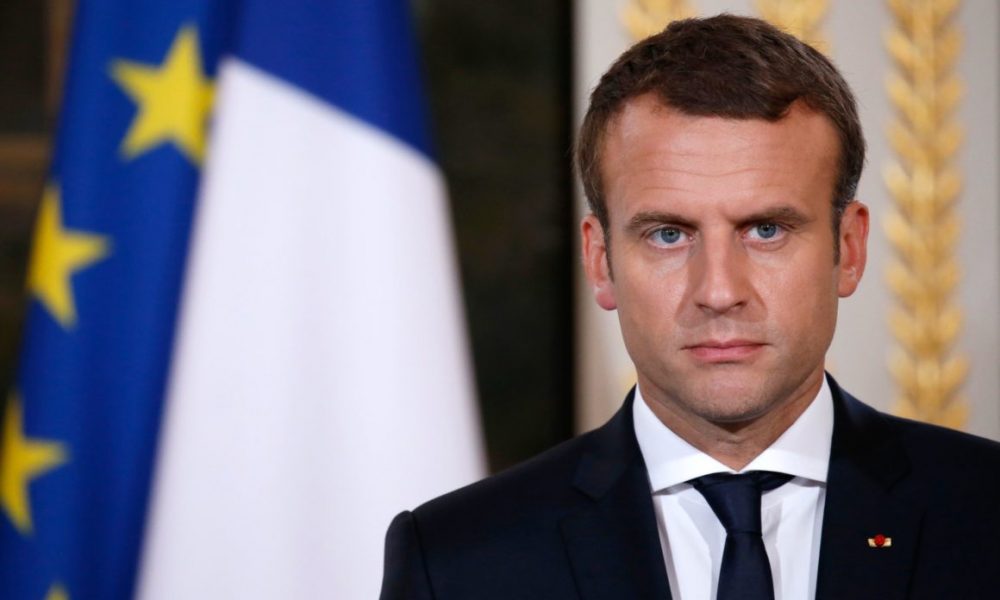 Massive mobilizations across France, most notably led by rail workers in what has been popularly dubbed “Black Tuesday,” are gaining momentum in the fight against President Emmanuel Macron’s attempts to liberalize the economy. The mobilizations, along with student occupations may be heralding the beginning of a real social movement against the French President less than a year into his presidency.

April 2, the 50th anniversary of the 1968 protests, marked the beginning of a national strike led by railway workers bringing mass transportation to a near standstill.

Nobody believed such a mobilization could have occurred in response to Macron’s liberalization of the economy through what has been purported as the government’s privatization of the SNCF (the Société nationale des chemins de fer français, the national state-owned railway company). But the fear derived from the announcement that the SNCF would be converted into a publicly listed company, coming on the heels of the government-led attacks on job-related benefits and a public campaign against railway workers.

The fact that a strike occured is especially significant as there was previously no firm call to strike, apart from Sud Rail, one of four unions behind “Black Tuesday.” Union leaderships have attempted to contain the rank and file’s anger at Macron’s policy decisions. The French government has recently given priority to the development of the “TGV” (France’s intercity high-speed rail service, operated by the SNCF, and the most profitable sector of the railways) against a rational investment plan for the railway network as a whole, that is, the trains that the working population uses the most. Now Macron wants to hold railway workers responsible for the social ills caused by this state policy.

During the Parisian railway demonstration, the railway workers articulated their defence of not only themselves as workers but of, largely, French public service; they also made clear that French society and the welfare of French workers were, philosophically, at odds with Macronist ideology of privatization. This defense of public services galvanized large numbers of railway workers, including even supervisors who have in the past been used by management to quell strikes. This put the rank and file in a favorable position, enabling them to outflank the union leadership.

In the first months of his presidency, Macron succeeded in passing (counter) reforms without a strong opposition–in good measure thanks to his policy of social dialogue and to a rather lethargic trade union leadership. Now, however, we are seeing a decreasing support to Macron. The government’s partial retreat on the issue of the tax reform plan, in order not to alienate pensioners, is a response to its weakened political clout. Last week, people on the street said that they were initially in favor of Macron but have since lost confidence in him. At the same time, the demonstration of staff at elderly care centers (called EHPADs), against the lack of funds and the deterioration of their working conditions – and, therefore, of their patients – also enjoys strong popular support.

Although it has not yet become a nation-wide struggle, there is also the fight against the admissions process at the university, with mobilized universities such as Montpellier, Bordeaux, and especially Le Mirail. Student occupations in La Sorbonne and other French universities have been met with riot police. The occupations, which have lasted for a number of weeks, by students and mainly by staff, teacher-researchers, and staff could be the sign of a change. Add to that the strike by Air France staff on Friday and dozens of less visible conflicts throughout the country.

More recently, one of the main buildings (Tolbiac) of the Sorbonne University in Paris was occupied by students. It was response to a statement by Macron on TV, where he said that “the student movement is not really mobilized.” The following day, students took over the Tolbiac Sorbonne.

Has Macronism, which until recently was considered invincible, reached its limits? This is the question that the most lucid analysts have begun to ask in light of this “baptism of the street. For example, Cécile de Cornudet recently said in the business newspaper Les Echos,
“To break with François Hollande’s supposed immobility, Emmanuel Macron has turned into a bulldozer, sure of his own legitimacy — except that at the time of the first balance sheet, the bulldozer risks appearing as a ‘disconnected president,’ and the reforms threaten to be perceived as lacking a political, associative and intellectual ‘body’.”

That’s why it is necessary to have a strategy to win. We need a program, a democratic organization and a direction that allows us to go beyond the trade union-corporatist framework of the current workers’ movement. And 50 years after May of 68, the massive mobilizations of workers, and the student occupations of La Sorbonne and other universities suggest a reactivation against Macron’s politics.

Juan Chingo is editor of Révolution Permanente and a member of Courant Communiste Révolutionnaire in the Nouveau Parti Anticapitaliste (NPA).