May Day in Mexico City 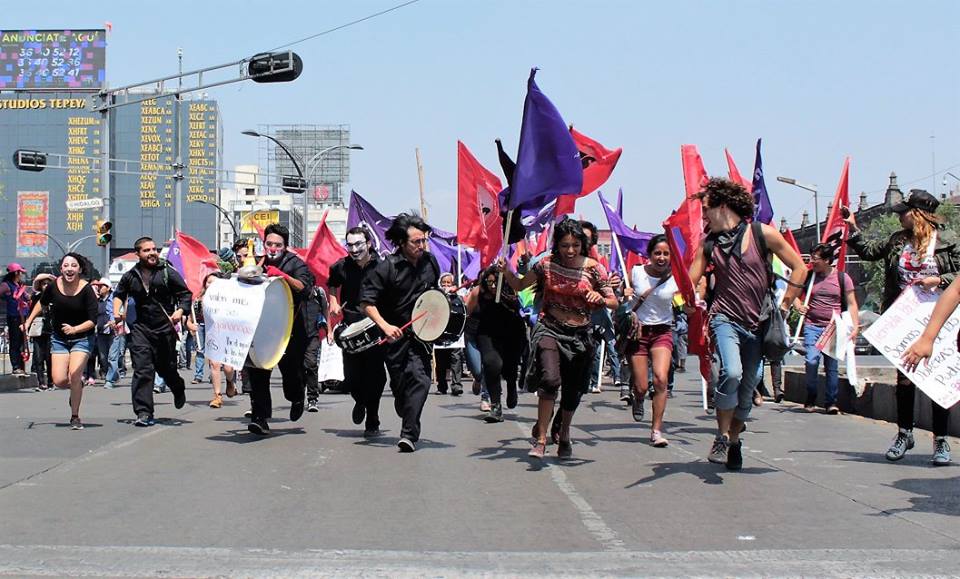 1. The New Workers’ Center (NCT) organizes electricity and transport workers, in addition to staff of some universities.

3. The National Coordination of Education Workers (CNTE) is the teachers’ trade union. 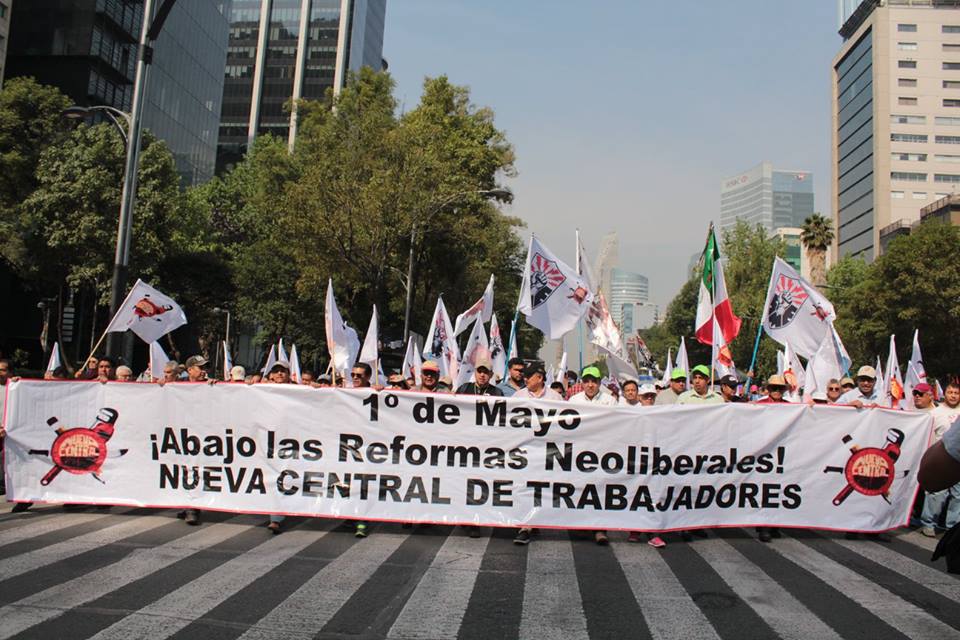 May 1: Down with Neoliberal Reforms, New Workers Union

The three demonstrations converged in Mexico City’s central square, the Zócalo. The approximately 20,000 participants quickly left the plaza due to the burning sun, well before the speeches had ended. These were, for the most part, far from inspiring. The trade union bureaucrats demanded national unity and called on the government to negotiate. “We will wait patiently,” declared the leader of the telecommunication union.

Such a passive attitude in the face of a very unpopular government carrying out historical attacks against workers’ rights is nothing short of scandalous. It’s no wonder that many workers from Mexico City used the long weekend for a holiday, instead of participating in a day of struggle which has been messed up by bureaucrats. The demonstrations were smaller than in previous years. 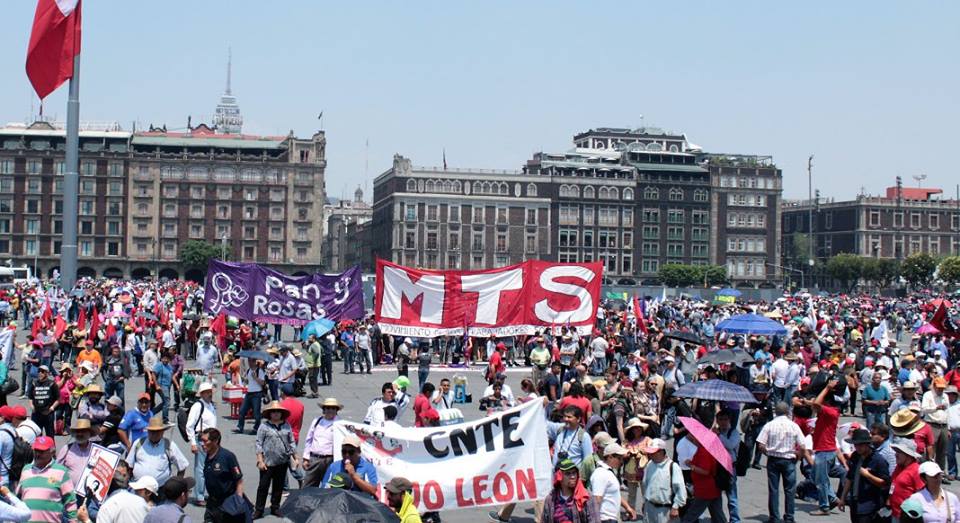 The Socialist Workers’ Movement (MTS), sister organization of Left Voice in Mexico, participated in the NCT’s demonstration. About 200 people joined together in an enthusiastic contingent. Sulem Estrada of the MTS pointed to the example of the “impressive strike on April 28 which the workers of Brazil carried out. If they can do it, so can we.”