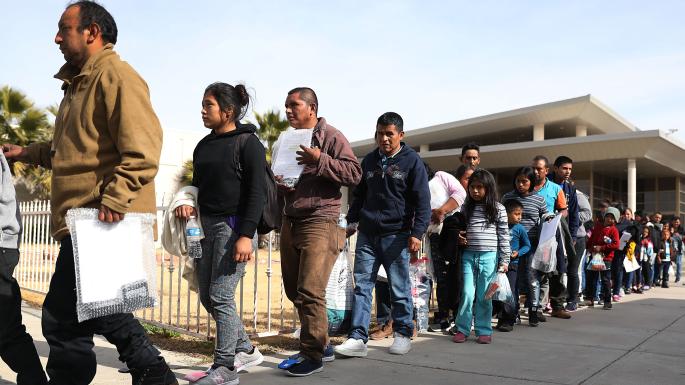 In response, ICE has begun force-feeding these detainees — driving plastic tubes through their nostrils and down their throats, leading to injury and vomiting. Once again, the U.S. government’s barbarity against migrants and people along the border zone is laid bare.

According to the BBC, an ICE spokesperson calls this practice “non-consensual feeding,” a phrase which does little to mask the fact that force-feeding is a form of torture meant to cause pain and degradation. Another four detainees are on hunger strike in Miami, Phoenix, San Diego, and San Francisco — it remains to be seen if they too will be force-fed. The brutal practices of ICE recall the force-feeding employed by the U.S. military against detainees in Guantanamo or by Israeli forces against Palestinian prisoners.

The World Medical Association has repeatedly condemned force-feeding. In a statement released in 2006 after updating its guidelines for physicians on the management of hunger strikes, the WMA states that “physicians should never be used to break hunger strikes through acts such as force-feeding,” and emphasized that “doctors working in prisons or the armed forces have exactly the same ethical obligations when treating prisoners as they do when caring for other autonomous patients.”

At least two of the detainees being force-fed are Indian men seeking asylum in the U.S., according to their lawyer. These migrants began their hunger strike around the beginning of the year. ICE has already subjected them to prolonged solitary confinement — another practice considered to by torture by the UN special rapporteur — in an attempt to break their strike.

On February 15th, the U.S. government may shut down again as Trump continues to crusade for an extended border wall. The Democrats will feign a fight to appear as the opposition, but they have shown they have no problem providing funding for ‘border security’ or being tough on immigrants. It should not be forgotten that the Obama administration deported millions of immigrants during his eight-year tenure and is responsible for the highest number of deportations in a single year.

However, in the 35-day shutdown that ended last week in part by workers’ activity, the power of the working class was demonstrated quite clearly. And if those 800,000 workers who missed two paychecks then, and will miss more with a second shutdown, were to strike they could end the shutdown almost as soon as it starts. And if they were to strike alongside protests in the detention centers and strikes across the border in the maquiladoras, there will be a real fight to open the borders and win full citizenship rights for all immigrants.