In the Americas, capitalism was established on the basis of slavery. The struggle against slavery was part of the class struggle. 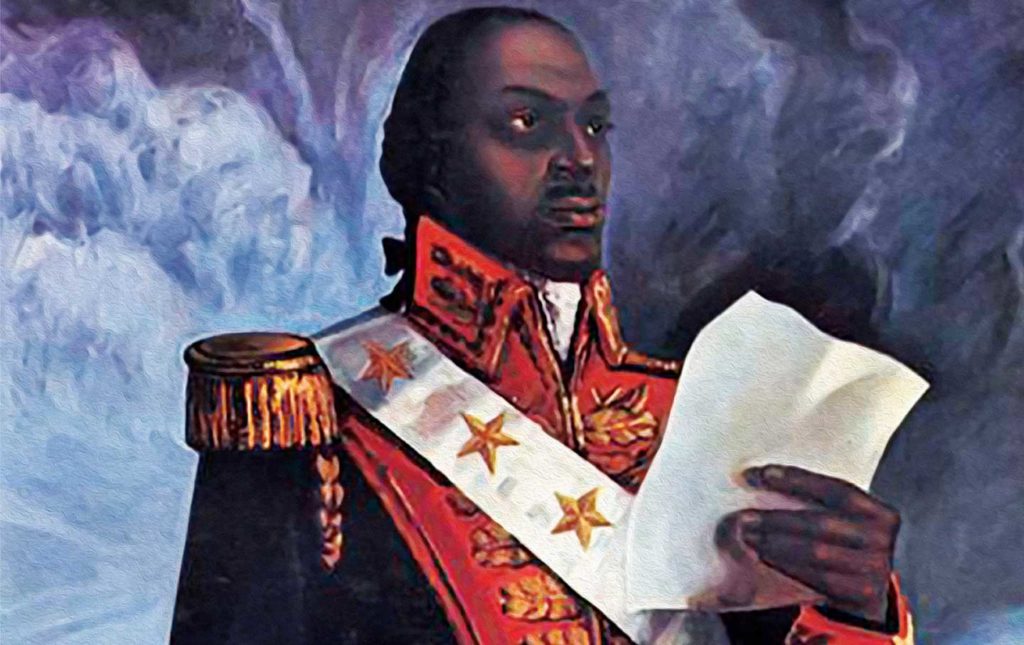 Political history has been a history of class struggles. The battle of class against class is a struggle for political domination, and the confrontation of class against class plays out as open, political warfare colloquially known as “politics.” Revolutionary class politics takes place when the rising class tries to overthrow its ruling class — that is, when the rising class tries to displace the ruling class and establish its own class domination. This overthrow of the ruling class by the rising class — in other words, this revolutionary conflict in society’s political arena — is played out violently because, as Frederick Douglass put it, “Power concedes nothing without a demand.”

One historical example of revolutionary class war in the Americas is that of the French Haitian colony, a revolution that corresponded with the French Revolution in Europe. Capitalist commodity production by chattel slave labor in the Caribbean French colony occurred in the context of French Empire and the radical bourgeois republican revolution sweeping France. Its ideology: The Rights of Man and Citizens. The French Empire was shaken. The Parisian sans-culottes (the Parisian proletariat and petty bourgeoisie), organized into the Commune of Paris, were the social power behind the radical Jacobin faction in the Convention — the Left — and Committee of Public Safety.

Haiti’s slave uprising associated with Toussaint Louverture overthrew relations of production based on chattel labor, and this coincided with the peasant-supported bourgeois overthrow of feudal social relations in France, which had been dominated by the French landed aristocracy and high clergy. Although both the Haitian Revolution in the Caribbean and the French Revolution shaking feudal Europe were republican in political objectives and radical French Jacobins were sympathetic, the Haitian slaves and the French bourgeoisie had nothing in common, economically.

Self-emancipation in Haiti required a war of national liberation and independence. What determined the revolutionary character of the Haitian war of independence, then, was the class character of slaves overthrowing chattel relations of production by the destruction of the slaveholder class. Simultaneously, the French bourgeoisie overthrew the French landed aristocracy, represented by the monarchy, and destroyed the French feudal regime.

Capitalist relations of production in the U.S. South took the form of appearance of racial relations. This was because the transatlantic slave trade was dominated by and in the interests of the British industrial capitalist ruling class; the British Empire rivaled the French Empire. Captured African slaves were part and parcel of the transatlantic triangular slave trade of human commodities, and they were traded by African merchants as merchandise for industrial commodities produced in Britain by wage labor. These African slaves, mostly captured by slave-trading African states, were considered commodities to be traded in the triangular trade. Therefore, these captured African slaves were traded and then imported from West Africa to be sold for cash in the Americas. As Marx noted,

Whilst the cotton industry introduced child-slavery in England, it gave in the United States a stimulus to the transformation of the earlier, more or less patriarchal slavery, into a system of commercial exploitation. In fact, the veiled slavery of the wage workers in Europe needed, for its pedestal, slavery pure and simple in the new world. But in proportion, as the export of cotton became of vital interest to these states, the over-working of the negro and sometimes the using up of his life in 7 years of labour became a factor in a calculated and calculating system.

The United States’ political structure was a united front of (1) agricultural capitalists representing a mode of production based on chattel slavery and foreign trade, (2) Northern industrial capitalists representing a mode of production based on wage slavery, and (3) merchant capitalists. Political interests represent class interests, which manifest in the ideological combat of class against class, and those class interests are fought out in the press and media, as well as in Congress. Insomuch as capitalist commodity production by chattel labor had been enshrined in the U.S. Constitution, the Constitution itself was under attack by political and ideological representatives of Northern industrial capital based on the exploitation of wage labor.

Haitian revolutionaries took advantage of the French Revolution and the subsequent revolutionary wars in Europe (by which the French republic defended itself against generalized European feudal reaction in the so-called Napoleonic Wars), and the Haitian slaves overthrew chattel relations of production and destroyed the slave-owning system. At the same time, as colonized Haitians, they fought and won Haiti’s independence from France. This enabled the slave-owning faction in the newly independent U.S. government to take advantage of the international situation to purchase French territory in North America. This was the Louisiana Purchase.

From its origin, the United States has been a federal republic of states united under a bureaucratic-military central government. The British colonial ruling classes were merchant capitalists throughout the 13 colonies; they developed into industrial capitalists dominating the Northern colonies and an agricultural slaveholding ruling class dominating the Southern colonies. This structure of the colonial ruling classes was the same before, during and after the successful War of Independence. By the mid-19th century, however, the class of Southern planters was compelled to secede and form a new government known as the Confederate States of America.

The American Civil War was a war between states that resulted from the conflict between two kinds of commodity production: Northern production by wage labor (represented politically by the newly formed Republican Party) and production by chattel labor in the Southern states.

In the French Revolution, the industrial bourgeoisie along with the proletariat and peasantry were united against the French aristocracy and monarchy. As relates to the American Civil War, it was not the European bourgeoisie but the European proletariat that allied itself with the interests of chattel slaves in the Americas. The International Workingmen’s Association advocated for a united front of American wage slaves with chattel slaves to fight for the abolition of wage labor along with that of chattel labor. In the first volume of Capital, Marx argued to white wage workers that “labour in white-skin cannot be free where in the black it is branded.” America’s section of the International Workingmen’s Association volunteered to join the Union Army and participated in the Civil War.

The bulk of Southern Democrats resigned from the Senate and House of Representatives to form the Confederate government. The Confederacy had its own army, staffed by officers who had left the U.S. army. The Republican Party represented the Northern industrial states, became the sole power in Congress and the Presidential Administration, and had its own army — the Union Army.

The American Civil War was a class struggle represented by a political war between classes that objectively represented two opposing modes of capitalist commodity production and appropriation of labor. The war resulted in Confederate States of America being invaded, and destroyed, in Union Army conquests. As Abraham Lincoln said, “A house divided cannot stand.”

The economic basis and corresponding political interests of the Southern planter economy and those of the Northern industrial economy were mutually exclusive. Southern secession or its overthrow by the Union Army were the only alternatives.

One of the political results of the American Civil War was the Emancipation Proclamation, which was made legal by constitutional amendments. But as a political document, the proclamation applied only to states that had seceded from the United States,” in its declarations regarding “freeing slaves.” In other words, it was a declaration of the class that dominated the political (class) struggle.

The American Civil War resulted in the destruction of capitalist commodity production by chattel slavery as the dominant mode of appropriation in the United States. Consequently, former chattel laborers became sharecroppers under different relations of production and a different form of exploitation, on land they formerly labored on as slaves. The landed gentry kept the land although deprived of the slave labor force. Sharecroppers rented the lands from the former slave owners. Their firmer owners tied sharecroppers to the land through debt stating because they “borrowed” tools and supplies they had to continously work for their former owners. These once emancipated slaves now sharecroppers would become the Southern as well as the Northern agricultural and industrial proletariat.

Southern landed gentry were deprived of their human forces of production by the abolition of chattel slavery. Nevertheless, this capitalist class continued to possess and monopolise ownership of productive land. On this basis, the mode of appropriating the products of labor from the producing class, in the South, changed. Although work performed by sharecroppers and chattel slaves looks the same in form of appearance, inasmuch as they are doing the same work using the same tools, the corresponding relations of production were legally and socially distinct. E.g. a row of cotton pickers picking cotton; the product of labor of chattel slaves automatically belong to the slave owners, who own the land as well. The former chattel were now legally “free”, (no longer another person’s chattel) and each owned his or her own person. Nonetheless, having no means of production of their own, the nominally free persons were materially, economically compelled by force of necessity, to work the lands of the former slave owners as sharecropping serfs. They remained members of the producing classes.

Workers at the nation’s first overdose prevention centers have voted to unionize. The workers are demanding better benefits and healthcare, along with greater control over workplace decisions. The harm reduction sector is joining the labor movement.