Mumia Abu-Jamal, a political prisoner and former Black Panther member who has been imprisoned for almost four decades, underwent successful heart surgery after being diagnosed with Covid-19 and congestive heart failure last month. Political prisoners like Mumia highlight the rotten nature of the racist, capitalist state and should be released immediately. 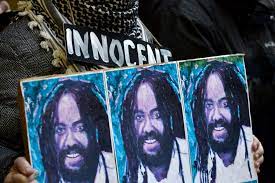 Mumia Abu-Jamal, a political prisoner and former Black Panther member who has been imprisoned since 1981, underwent successful heart surgery on Monday after being diagnosed with Covid-19 and congestive heart failure last month. Since then, he has been shackled to his hospital bed.

The UN reports that Abu-Jamal is currently in an undisclosed hospital and is being denied visits from his family and lawyers. In addition to Mumia’s recent diagnoses, Mumia also suffers from cirrhosis of the liver caused by Hepatitis C, a severe viral infection, as well as hypertension due to years of medical neglect and deplorable prison conditions. In the midst of a pandemic, imprisoned people, especially older incarcerated folks and those with comorbidities, have faced silent executions due to the murderous conditions across prison facilities in the United States.

Left Voice is hosting a panel on Sunday with one of the union members who kicked the National Guard out of the union hall, as well as Robin DG Kelley and more. Sign up here.

Mumia, who turns 67 in two days, is perhaps one of the most well-known political prisoners in the world today. Abu-Jamal became a Black Panther after experiencing police brutality when he was a teenager. He founded the Philadelphia branch of the Panthers at the age of 14. Later, Mumia was a part-time cab driver and journalist who wrote critical pieces about the ways in which the police treated MOVE, a Black radical group based in Philadelphia.

For several years prior to his conviction, Mumia was continuously targeted by the FBI’s COINTELPRO program, which sought to infiltrate and discredit political dissidents like the Black Panthers. An attorney later wrote in an affidavit regarding this period, ”Mr. Jamal was subjected to surveillance, harassment, disruption, politically motivated arrests and attempted frame-ups by the FBI, who worked in conjunction with the Philadelphia Police Department.”

In 1981, he was arrested after the death of a police officer named Daniel Faulkner. In 1982, Mumia was convicted of murdering Faulkner and was sentenced to death despite irregularities in the case. Mumia and his supporters believe he was framed by the Philadelphia police department for Faulkner’s death.

Thanks to international mobilizations, but particularly in the United States, Mumia’s execution by the state was suspended in 1995 and again in 1999. In December of 1999, lawyers began filing federal appeals to overturn Mumia’s conviction, and in 2011, his sentence was commuted to life in prison without the possibility of parole. Mumia has remained mostly in solitary confinement during this time.

Supporters of Philadelphia District Attorney Larry Krasner, a so-called progressive, insisted that having a “progressive” district attorney could serve as a tactic for change. Krasner, who has actively upheld the racist conviction of Mumia, has proven once again the bankruptcy of supporting DA candidates, even those that say they will change the criminal justice system from within. As we’ve written before, the entire function of the District Attorney’s office is to prosecute and imprison people on behalf of the capitalist state and essentially finish the job begun by the police.

Mumia Abu-Jamal’s struggle goes beyond the legal injustice of his case. His experience has become a symbol of political persecution in the United States and around the world, especially as it relates to the struggle against Black oppression. As Rachel Wolkenstein, co-counsel on Mumia’s case for much of the 1990’s, explains: “To the American capitalist state, governed through both the Democratic and Republican parties, Mumia represents the specter of black revolt, of defiant opposition to their system of racist oppression.”

The struggle for Mumia is also a broader struggle for the release of all political prisoners who various governments around the world allow to age away or die in abysmal conditions. Most recently, Chip Fitzgerald, the longest incarcerated member of the Black Panther Party, passed away after five decades of a slow death behind bars.

This is why we must defend the immediate release of Mumia Abu-Jamal and all political prisoners, including those arrested during last summer’s protests. And we can’t put our faith in any “progressive” district attorney to put pressure on the rotten legal system from within. Only through the mass action of the working class and oppressed, as was the case in the 90s before the commutation of Mumia’s death sentence, can we win in our struggle against the racist, capitalist state.