New Mexican Ambassador will Continue the Country’s Subordination to the U.S.

On September 3, Miguel Basáñez Ebergenyi was confirmed as Mexico’s new ambassador in the US, with the blessing of US president Barack Obama. His appointment was proposed by Mexican president Enrique Peña Nieto after the position had been vacant for 6 months. 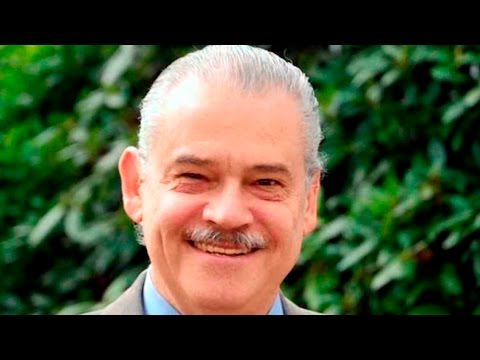 This article was originally published in Spanish in La Izquierda Diario on September 4, 2015.

The Mexican president’s nomination was criticized by officials and legislators because Basáñez has never held a diplomatic position. However, the main criticism of Basáñez relates to his ambiguous response to the xenophobic and racist comments made against Mexicans by the Republican presidential candidate Donald Trump, which we have been previously covered . Basáñez kept silent on the issue, stating that Trump is not important enough to deserve a response. Yet it must be noted that his positions have been seen with sympathy by extreme right-wing groups in the US and in other sectors of society that have accepted his view towards Mexican immigrants and undocumented people, forgetting that these people are the ones who guarantee the economic production in the country remain in extremely precarious conditions that border on slavery for a large portion of the workforce.

Only three senators voted against his designation as Ambassador to the US, while 98 senators voted in favor. Basáñez will assume the position left vacant by the former ambassador Eduardo Medina Mora, now a minister of the Supreme Court, who resigned 6 months ago.

The Foreign Relations minister, José Antonio Meade, mentioned that in 2014, bilateral trade between Mexico and the United States amounted to $534 billion: “The US has become Mexico’s main commercial partner, while Mexico is the US’ third largest trade partner. At the same time, there are 11.4 million people who were born in Mexico but currently live in the US, while nearly 1 million people born in the US live in our country.”

Likewise, the Foreign Relations Committee president, Gabriela Cuevas from the National Action Party (PAN) said that “54 million Hispanics in the US have an acquisitive power of $1.5 quintillion and the commercial trade between the US and Mexico amounts to $1 million per minute.”

What is certain is the enormous contribution of Mexican immigrants to the US economy through the taxes they pay in the country, and as we pointed out here , and the fact that they receive lower incomes compared to other foreign workers who do the same job in the US.

Basáñez is an associate professor and acting director of the Cultural Change Institute at the Fletcher School of Tufts University (Massachusetts) and head of special projects for research and teaching at the same institution.

He was president of “Global Quality Research Corp” and WAPOR (World Association for Public Opinion Research) and Fulbright Visiting Professor at the University of Michigan.
He also served as pollster for the President, as State Attorney General of Mexico, and between 1986 and1988 as private secretary to Alfredo Mazo, then-Energy Minister, a relative of President Peña Nieto and member of the political group Atlacomulco.

The silence of Miguel Basáñez after Trump’s statements and his discourse of cooperation with the US government for the “construction of an integrated, dynamic and competitive economy; the development of a secure and efficient border” and “shared responsibility” on the issue of security, show that he is unwilling to confront the US government’s racist policies toward Mexico. The walls and the military will remain, ensuring the precariousness of Mexican labor with the discourse and policies of punishing undocumented immigrants living in US territory.

This is despite the fact that the cheap price of labor is ensured by the migrants’ “illegal” status in the US, making the cost of production more affordable. In this way, corporations in the US can offer cheaper products and produce higher profits.

Peña Nieto’s direct appointment ensures the continuity of Mexico’s policy of subordination to US imperialism, further exploitation of Mexican labor, and the plundering of Mexico’s natural resources. There is nothing new to expect with this change in officials of the regime.