Labor’s betrayal of even the most basic reforms should be a wake-up call to workers everywhere. 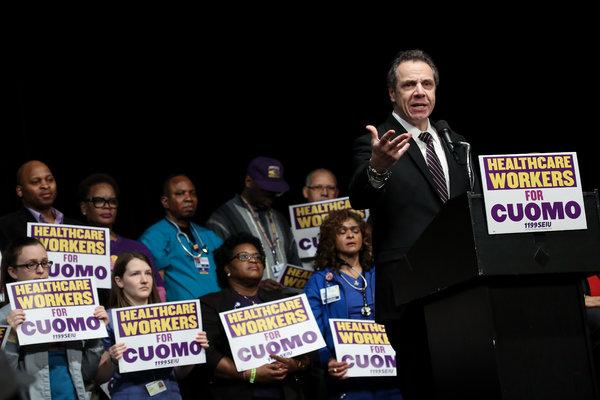 It is a sad but well-established fact that organized labor has all too frequently had a conservative effect on US politics. From its unwavering support of the Democratic Party, to its role as loyal arbitrator of labor unrest, big labor especially has become an appendage of the liberal state, working hand in hand with Democrats and corporations to manage their members and maintain labor peace. Over the past four decades unions have given up concessions time and again at the bargaining table, and the decline of union membership and stagnant wages—even in highly unionized industries—is a testament to the continued failure of this strategy of cooperation. Although union militancy in some sectors such as public education and nursing is on the rise, this activity is largely being led by rank and file members. Meanwhile many of the biggest and most influential labor organizations have steadily maintained what Mike Davis called “the barren marriage of American labor and the Democratic Party.”

Few organizations better exemplify this fruitless relationship than the AFL-CIO, which represents more than 55 national and international unions and their affiliates, including the United Federation of Teachers (UFT) and the New York City District Council of Carpenters (NYCDCC), both of which, along with the New York State AFL-CIO, came out this week against a set of campaign finance reforms proposed by several Democratic members of the New York State Legislature. The proposed changes, which would have sought to limit the influence of large donations through a small-donor matching system, were effectively derailed by union opposition. Although campaign finance reform such as that proposed by the legislature is hardly a panacea for the many ills that plague American elections, such changes would nonetheless limit the power of corporations and the rich and should therefore be supported by all unions. Moreover, it is safe to assume that a vast majority of members in these unions would support a cap on corporate donations in electoral campaigns.

While The New York Times presented the last minute opposition as “unexpected,” citing the close relationship that many unions have with the New York State Democratic Party, the move is in fact completely consistent with the lobbying strategy employed by most union leaders, whose very existence relies upon their ability to influence electoral politics. Although such a strategy may occasionally bear fruit–for example, Governor Cuomo was indirectly forced to employ union workers for the completion of Hudson Yards–these scattered gains come at a steep price. In return for such concessions, Cuomo demands loyalty from unions, which are expected to use their resources to push for his reelection. The result is that some of the strongest unions in New York are rallying behind an openly reactionary agenda, which hurts working people the most, including their own members. Such an economistic approach, of course, only weakens the real power of labor to directly intervene (through strikes and demonstrations) in political questions outside of the formal electoral process, a power far more effective than any “get out the vote” effort. Rather than fight to increase the political influence of working people, labor bureaucrats like the UFT’s Michael Mulgrew and the AFL CIO’s Mario Cilento are willing to allow corporations, finance, and real estate interests to continue to dominate New York politics.

In a similar move, some New York State unions, including the UFT and the conservative Uniformed Firefighters Association of New York (UFANY) have recently sought to postpone consideration of legislation designed to create single-payer health care in NYS. The New York Health Act, which has passed the New York State Assembly four years in a row, would reduce health care costs while providing universal health care coverage for all New Yorkers. It is a popular piece of legislation supported by many activists and unionists that would address the burning problem of over one million uninsured people in the state of New York. Furthermore, by detaching health benefits from employment status, it would immediately strengthen workers’ bargaining power and increase their ability to engage in workplace organizing and collective action–since the risk of losing their health insurance would no longer act as a deterrent. But now that the bill has a chance of actually passing the NY State Senate (where it was killed four times before) labor bureaucrats like Mulgrew and the New York Labor Council are beginning to question the plan, seeking to protect what they see as their share of a fixed state budget by parroting the claims of Governor Andrew Cuomo that the plan would cost too much. In an interview with the Nation’s Raina Lipsitz, Mulgrew said the plan would “blow a hole in the budget the public schools will not recover from.” Mulgrew’s words are a perfect example of the reductive economics of member interest that dominates most labor union activity. Rather than fight for the benefit of the class, rather than fight for more public funding for education and healthcare, unions all too often support legislation that might secure a greater portion of available funds for their members, even if it is to the detriment of the larger working class.

While such betrayals can be disheartening, the good news is that the positions of Mulgrew and other union leaders are not necessarily consistent with the desires and ambitions of most rank and file unionists, the vast majority of whom support both campaign finance reform and single-payer health care. This contradiction in fact shows the potential power of American labor were it able to break free of both its own failed leadership and the Democratic Party since union members are, as a rule, more willing to fight for their class than the labor bureaucrats that represent them. Such a transformation, however, would require a concerted and consistent effort on the part of rank and file unionists to become active and militant participants in their unions and to build the democratic mechanisms to hold their leaders accountable, as well as the kinds of bottom up organizing capable of taking broad scale action on behalf of all working people. Merely passing resolutions and lobbying politicians in Albany is not enough. If New York unions wish to regain even a semblance of their lost power, they will have to dump the Democratic Party, develop a culture that is consistently antagonistic to the state, build deeper ties between rank and file members across unions and industries, and most importantly, learn again how to use mass, disruptive demonstrations and the strike weapon to win gains for themselves and their fellow non-union workers. Such a change is not easy or likely, but it is essential, and working people are the only ones capable of making it happen.