On the Trotskyist Rudolf Klement, Assassinated by Stalinism

Rudolf Klement, secretary of the Fourth International and a companion of Leon Trotsky, was so instrumental in spreading Trotskyist ideas and arguments abroad that he became a danger to Stalin’s hegemony. Stalinist agents kidnapped him on July 12, 1938, and his body was found over a month later. 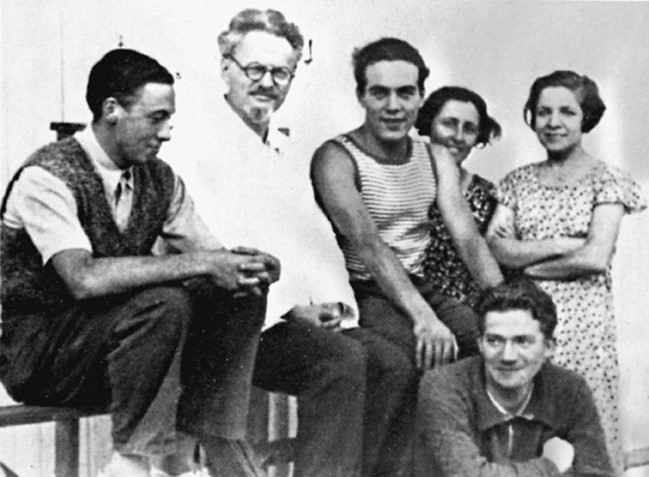 Rudolf Alois Klement was born on November 4, 1908, in Hamburg, Germany. A Trotskyist militant from 1932 to 1938 and the secretary of the Fourth International, he was disappeared on July 12 and murdered by Stalin’s agents. As Trotsky argues, “Rudolf Klement was a young and as yet little known revolutionist. Nevertheless the assassination of Klement because he was the secretary of the Fourth International is of profound symbolic significance.”

Klement grew up middle class, the son of an architect. He studied philosophy at several universities in Germany and learned five languages, including Russian. As a university student, he became a member of the German Communist Party (KPD) where he became increasingly critical of Stalin’s positions. Stalin took over the Communist Party after Lenin’s death and took steps to create a repressive bureaucracy based on the notion of socialism in only one country. Trotsky, on the other hand, formed the Left Opposition with the CP based on the idea of internationalism, and fought against the Stalinization of the party. In 1928, Trotsky was exiled in a remote area of the USSR called Alma-Ata, and then in 1929 was expelled from Russia. “Trotskyism” became illicit within the CP, punishable by expulsion and for many, death.

In 1932, Klement was expelled for sympathizing with Trotsky and the Left Opposition in the Communist Party. Georg Jungclas brought him closer to the ranks of the Left Opposition of the KPD, the German section of the International, in which he began political work in the Trotskyist movement. Pierre Broué described him as, “A large man, sharp featured, rather pale, a little bent… with a short-sighted gaze behind his glasses … like his smile a little forced. He spoke little and when he did it was slowly and with an effort. He put up with discomfort without complaint. He was reserved and withdrawn, so much so that this revolutionary seemed rather timid. He was precise and tidy.”

On April 27, 1933, he went to the islands of Prinkipo, Turkey where Trotsky had been exiled since 1929. There he would serve as Trotsky’s translator, secretary and assistant. His translations from Russian to German were invaluable to the nascent Left Opposition and the beginnings of the Fourth International. The Comintern of the Stalinist Third International had a tremendous about of respect among the left and were able to spread slanderous messages about Trotsky. Klement’s translations were essential in the dissemination Trotsky’s own words.

In July of the same year, Klement moved with Trotsky and his wife to France, as they had been admitted to that country under the condition that they not visit Paris nor meddle in the political affairs of France.

The hostility toward Trotsky in the Stalinized French Communist Party, the right wing and Russian immigrants living in France forced Trotsky and his family to live incognito. During those years, in addition to fulfilling his secretarial duties, Klement also served as a messenger and intermediary, traveling by motorcycle to different cities of France.

In April 1934, a banal incident would result in Trotsky’s ejection from France. While Klement was returning from Paris, he was arrested by a policeman for not having the proper documentation to use a motorcycle. According to Broué, “At Barbizon he often drove into Paris to make contacts and to meet the courier who arrived with the mail at the office in the Rue de Louvre. We know that on 17 April his motorbike lights failed. The Police at Ponthierry arrested him and then discovered that he had not got proper documentation for his motorbike—unaware of Trotsky’s presence, they had been watching the house full of suspicious foreigners whom they feared were about to disturb the peace of the good people of Barbizon. It was this incident that revealed to the press and the public the presence of Trotsky at Barbizon and this then served as the pretext for his expulsion from France, which was ordered on 18 April but which was only put into effect when he left for Norway on 18 June 1935.”

Klement remained in France, where he was a delegate to the Pre-Conference of the Fourth International. He became a central figure in the international Trotskyist movement and one of Trotsky’s most eminent collaborators, as well as his confidant in the International Secretariat (IS), the central organ of the International Communist League (ICL) that had succeeded the International Left Opposition.

In the summer of 1935 he was appointed Administrative Secretary of the International Secretariat, for which he translated, handled documents and maintained correspondence between the IS and various national sections. He also wrote, edited and coordinated contributions to internal bulletins in several languages. In addition to this, Klement continued to translate Trotsky’s writings and contributed articles to the international Trotskyist press. He used the pseudonyms Adolphe, Camille, Fréderic and Steen because of the risk and uncertainty of being a political refugee and the constant Stalinist violence against Trotskyists.

As administrative secretary, Klement was also a member of the Foreigners Committee of the German section of the ICL, called the Internationalist Communists of Germany (IKD).  The Committee was created to ensure the political orientation of the IKD and to maintain communication with other members and tendencies, as well as with local Trotskyist groups that organized clandestinely because of the difficult conditions imposed by fascism.

By 1938, Soviet Stalinists had killed nearly all Trotskyists and suspected Trotskyists in the country, as well as Trotsky’s relatives. Abroad, the Soviet secret police pursued and murdered leftist oppositionists, many during the Spanish Civil War.

Prominent Trotskyists were killed, including both Erwin Wolf and Hans David Freund in 1937, and Trotsky’s son, Lev Sedov, was murdered by Stalinist agents in February of 1938. NKVD agent Mark Zborowski, known to contemporary Trotskyists as Étienne, had infiltrated the Trotskyist movement for several years, becoming a trusted confidant of Sedov.  However, he was actually an NKVD agent who, when Sedov developed appendicitis, took Sedov to a private clinic instead of a Paris hospital. Sedov died there at the hands of the Stalinist agents. This was a devastating blow to Trotsky, who said: “He was not only my son but my best friend.”

Members of the international Trotskyist movement tasked Klement with finding evidence that Sedov had been murdered by Stalinists. According to Gary Kern, “Klement put together a file and planned to take it to Brussels on July 14, where he would circulate it among various branches of the Opposition. But no one in Brussels ever saw him.”

After years of internal debates and battles, Klement and the rest of the Trotskyist movement was only months away from proclaiming the founding of the Fourth International and the definitive break with the Communist Party, which had become a counter-revolutionary force. In the middle of the preparations, a series of strange events occurred indicating that Klement was likely in the sights of the Soviet secret agents. His briefcase was stolen from him in the Paris subway, and Stalinists began to close in on him, including a man named Jaime Ramon Mercader del Rio Hernandez who introduced himself as Jacques Monard. In 1940, Mercader would kill Trotsky on Stalin’s orders.

Klement was last seen by his comrades on July 12, 1938. After days of looking for him, they went to his house, where there was no trace of him. On July 16, two French Trotskyists, Pierre Naville and Jean Rous, simultaneously received copies of a letter that had been sent to Trotsky in Mexico. The letter, supposedly written by Klement and dated July 14, announced that Klement was breaking with the Left Opposition.  However, it was signed with the pseudonym “Fréderic,” which he had not used for several years.

On August 25, in the waters of the Seine River, there was found a bag containing a man’s arm and torso. Two days later, on the outskirts of the river, another sack was found with legs that matched the torso in the first sack. Pierre Naville and Jean Rous identified the remains as Klement’s. Both the abnormalities in the letter and Klement’s remains were well-documented and investigated. It is widely accepted that Trotsky’s secretary was disappeared and murdered by the Stalinist regime.

Klement’s brutal murder was a characteristic response of Stalinist agents to the important contributions he made to Trotskyism.  A tireless participant in the development and distribution of Trotskyist materials and an early organizer of the necessary break with the bureaucratic party of Stalin, his untimely death did not stop the realization of his last goal—the founding of the Fourth International.

In “What is the Meaning of the Struggle Against ‘Trotskyism’?” Trotsky wrote: “Where it is able to do so, the Kremlin gang assassinates our fighters (Erwin Wolf, Ignace Reiss, Leon Sedov, Rudolf Klement, and many others). Where it cannot do this, it slanders them. It lacks neither money nor paid agents. Nevertheless, it is destined for a shameful collapse. Revolutionary ideas that correspond to the needs  of historical development will overcome every obstacle. The slanderers will break their head against the invincible truth.”

This article was originally published on Left Voice’s sister site: La Izquierda Diario Mexico. It was translated by Tataina Cozzarelli.