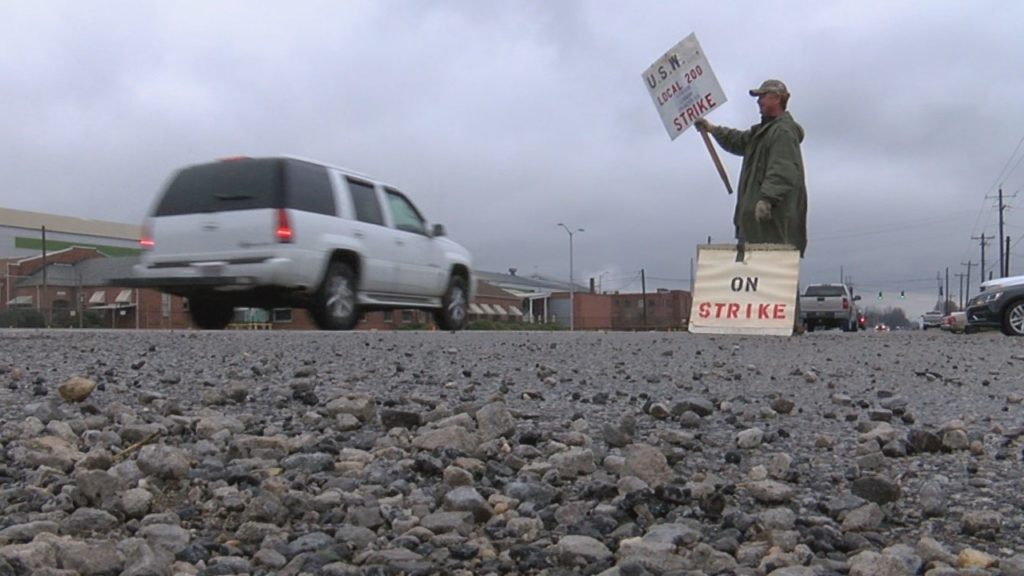 More than 400 United Steelworkers and employees at Constellium’s aluminum manufacturing plant have been on strike since Tuesday, citing unfair labor practices and disagreements over healthcare demands. Strikers have gathered outside the building in Muscle Shoals, Alabama picketing and making sure management hears their demands.

This strike comes after months of contract negotiations between United Steelworkers and Constellium Muscle Shoals LLC. The conversations failed to result in an agreement after a contract expired on November 1st. Constellium workers subsequently walked out on December 15.  “The company has got health care demands on the table and all sorts of rollbacks,” according to United Steelworkers of America president Tom Conway. He said the workers will stay on strike until the company “comes to its senses.”

The contract in question would roll back decades of progress on issues like safety and would give management “unchecked authority” to determine staffing schedules and placement, according to the union’s district director Daniel Flippo. In a statement he said, “We’re going to fight to hold the company accountable and to win the fair contract that USW members have earned and deserve.” The rank and file workers at the plant are doing just that, walking off the job to defend their hard-earned protections.

In the midst of a deadly pandemic that has already claimed thousands of lives, Constellium is attempting to gouge workers’ protections in order to pave the way for further attacks later. But the hundreds of United Steelworkers who have come together to walk off the job and fight for more protections are not going to let this happen. They are not going to allow Constellium to put their lives at risk in the middle of a pandemic as the bosses rake in profits.

The workers at Constellium are not alone in their fight. This strike is one of many we have seen throughout the Covid-19 pandemic, as workers stand up to demand better protections and compensation from their employers. Just this week residents at Stanford Medical Center staged a protest after hospital management was given the COVID-19 vaccine before frontline workers. In many ways this pandemic has awakened more and more people to the risk their companies put them at every day in favor of profits. Many of them, like the United Steelworkers and Constellium workers, are starting to take action.