In a rare move, the Los Angeles Police Department was recently denied funding at a neighborhood council meeting in South Los Angeles amid applause from youth, community members, and activists. 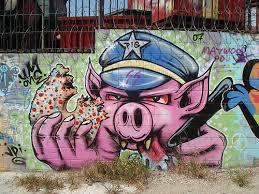 On September 16, the very same Newton Division requested $7,500 from the Zapata/King Neighborhood Council (ZKNC) to pay for their Police Activities League (PAL) program—a request that totals 20 percent of the neighborhood council’s annual budget. The PAL program admits 15 students with certain grades to participate in extracurricular sports and classes. PAL enlisted several parents to speak at the community meeting on behalf of the program. They emphasized how the classes allegedly kept youth off the streets and away from gangs. However, an overwhelming number of students and teachers in the community testified to the PAL’s use as a “propaganda program” designed to take attention away from the LAPD’s shameful record of community harassment and violence.

At the neighborhood council meeting, one teacher and ZKNC board member Blanca Guzman and her classmate gave a devastating account of a youth being gunned down by the LAPD while walking down the street for carrying an XBox controller in his pocket. Another high school student challenged the LAPD to “have bake sales and sell lemonade like we have to do to fund programs.” The officers stood pink in the face as other community members spoke about the murders of unarmed Black and Brown youth, powerfully sending a message to PAL supporters that the LAPD should not be trusted with the safety of the community’s young people. A queer youth shouted, ” LAPD is a gang!” The discussion and community testimonies can be viewed here 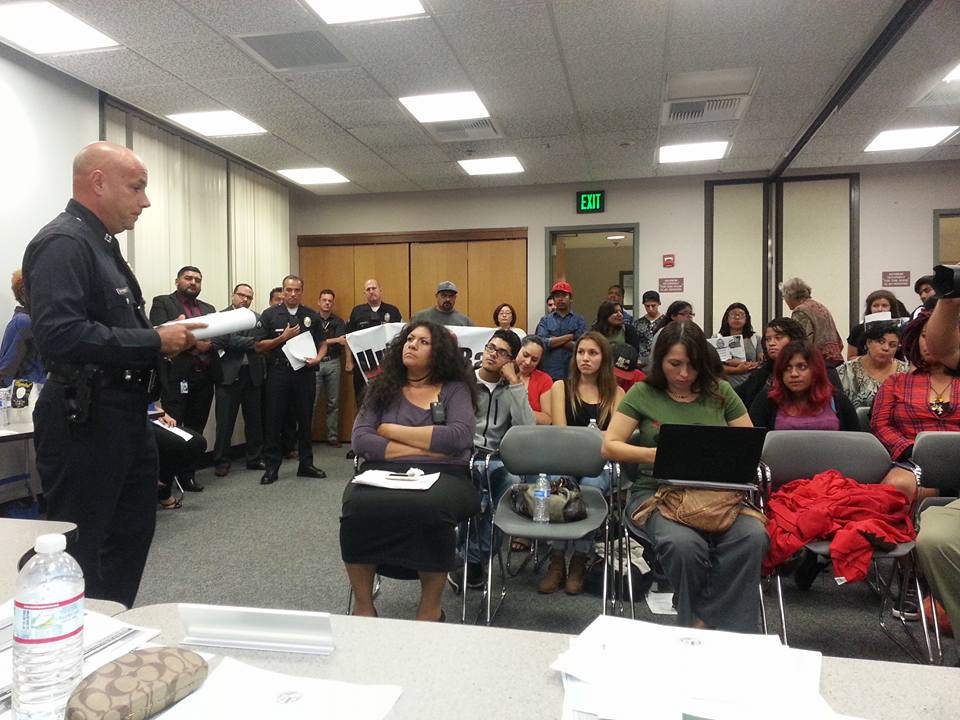 A few local board members had already made up their minds in support of the LAPD, but even they had to admit the LAPD’s brutal history. Some board members called for “dialogue between the community and LAPD.” Board members who were sympathetic to the LAPD’s request then retracted the initial proposal of $7,500 and put forward an alternative of $2,000. A former council member stated, “This is a moment in history and board members need to vote how the community wants and not their own personal opinions.”

Ron Gochez, who was appointed to the ZKNC that day, declared, “Not one dime to LAPD!” Gochez is an organizer with the left group, Union Del Barrio, which was responsible for organizing the mobilization. Other left groups such as the Freedom Socialist Party, Struggles United/Luchas Unidas and Los Angeles Queer Resistance were also in attendance. Because of the overwhelming community support, the LAPD ultimately did not receive any money from the Zapata/King Neighborhood Council.

Each year, the LAPD receives $1.44 billion dollars in funding. Although small in comparison, this act of keeping $7,500 in community funds from a division of the LAPD represents an important victory for the majority working-class, Black and Brown community. In a city where the LAPD gets away with murder, harassment and intimidation, the community mobilization and bravery shown against them must be counted as a local victory. The pigs’ lies couldn’t fly in South Central Los Angeles.