Large companies use non-discrimination programs, logos emblazoned with the pride flag, and LGBTQ+ and female directors to advocate for “inclusion” in a world where inequality is the norm. 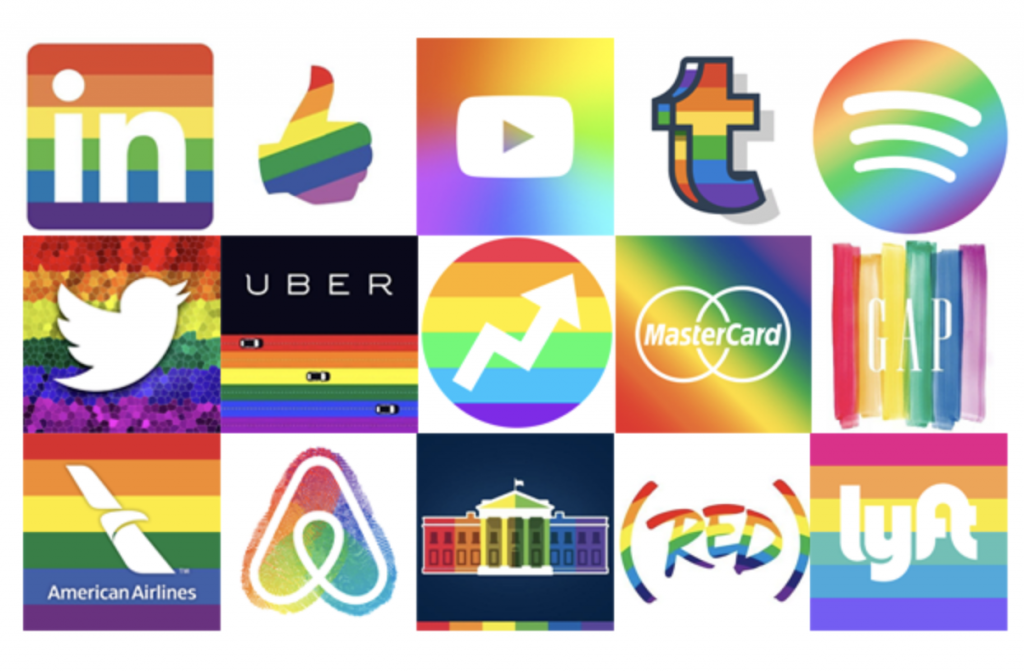 In 2017, the Human Rights Campaign (HRC), the United States’ largest LGBTQ+ organization, honored Amazon CEO Jeff Bezos with its annual Equality Award. “Equality” was an odd word choice for one of the richest men in the world whose fortune now exceeds $177 billion while he pays next to nothing, and in some years literally nothing, in income tax.

Every year, the HRC releases its Corporate Equality Index, a report that rates companies on their LGBTQ+ workplace equality and inclusion. This year, HRC lauded 94 percent of Fortune 500 companies, the wealthiest in the United States, for “driving a sea change in the adoption of non-discrimination policies, including ‘gender identity.’” 767 companies — including weapons manufacturer Raytheon Technologies — earned full marks on the index.

At the presentation of his award, Bezos went so far as to say that, “At Amazon, equality is a core value for us, and it is simply right. Yet inequality persists in many forms across our communities. And we must never just look – we must expose it, understand it, question it, and fix it. And we are, and I mean everyone in this room and beyond.”

During Pride month, large companies — whose logos are now emblazoned with the rainbow pride flag — feature women and LGBTQ+ people in advertisements, promote their employee non-discrimination programs, and highlight gay or lesbian executives. These companies aim to show a new, “inclusive” way forward for business by adding gender, race, nationality, and sexual orientation inclusion measures to their agendas.

However, there is a large gap between words and actions, and behind these companies’ “inclusive” rhetoric lie unquestionable inequalities. In April, Amazon launched a vicious intimidation campaign at a warehouse in Bessemer, Alabama, where workers were trying to unionize to defend their rights in the midst of an economic crisis. 85 percent of the workers at the warehouse are Black, and 65 percent are women.

This hypocrisy is also in full view at Booking.com, one of the most well-known online travel agencies. Its former CEO and now president, Gillian Tans, has boasted about the company’s inclusiveness, writing, “Diversity and inclusion is about more than just gender. For Booking.com, change starts in our offices, with our company values and ways of working. It can only stem from real empowerment of employees, which nurtures an environment where diversity and inclusion are the norm, rather than seen as a ‘tick-box’ exercise.”

Nonetheless, in September last year, the company announced it would lay off more than 4,000 employees worldwide, around 25 percent of its workforce (and presumably a lot of “diversity” along with it). Meanwhile, in 2016 alone, Tans was the highest paid CEO of an online travel company, with her compensation exceeding $17 million dollars.

The examples of Amazon and Booking.com demonstrate that the sexual liberation movements that originated in the 1970s and questioned the capitalist world order can be transformed and subsumed under the logic of corporate profits. This is the product of separating the fight against oppression from criticism of class-based society as a whole. In the words of Nancy Fraser, feminism should not aim at having a small number of oppressed sectors ascend to corporate hierarchies, but should rather aim to abolish them.

Today, in a world where the majority of LGBTQ+ people are workers and are disproportionately more likely to live in poverty, companies can portray themselves as furthering “inclusion” and “equality” while firing these same workers, union-busting, and forcing them into inhumane, precarious labor conditions. Using the rhetoric of inclusion while prioritizing the demands of the corporate sectors of these movements gives these companies a patina of progressiveness — so-called “pinkwashing.” Meanwhile, they continue to support the neoliberal policies of the government and major political parties, implementing economic and social measures that are significant setbacks for the poor and working class. Even extreme right-wing sectors can today pose as gay-friendly while promoting racist, hard-line immigration policies.

Last December, Nasdaq CEO and Stock Market Chairman Adena Friedman pushed a resolution to require that the majority of companies listed on its exchange include on their boards of directors at least one female director and another who is LGBTQ+ or from an underrepresented minority such as Black, Latinx, Asian, or Native American. “We believe this listing rule is one step in a broader journey to achieve inclusive representation across corporate America,” stated Friedman.

Leaders like Friedman at the highest corporate echelons hold up diverse CEOs and managers as signs of progress. However, this “inclusion” in no way challenges the role that companies play in society. On the contrary, this facade of diversity helps legitimize the fact that a wealthy minority — capitalists — are living at the expense of the working majority.

The big technology companies — Facebook, Alphabet (Google), Amazon, Microsoft, and Apple — are all listed on the Nasdaq stock exchange, the place par excellence for financial speculation. These are the same corporations that finance Pride marches in cities like New York and organizations like the HRC.

Top management pays close attention to social and cultural changes to further their own needs and interests. In a recent report titled “A New LGBTQ Workforce Has Arrived —Inclusive Culture Must Follow,” analysts at the Boston Consulting Group (BCG, a leading consulting firm) note that LGBTQ+ employees represent a larger proportion of the overall workforce compared to previous periods. According to some estimates, 5.6 percent of the U.S. population identifies as LGBTQ+, some 11 million people. The report also asserts that “Straight Gen-Z and millennial employees — who will soon make up the majority of the workforce — also care deeply about inclusion and are more likely to advocate for it than previous generations.”

As long as discrimination persists — and LGBTQ+ people continue to be discriminated against in the workplace — large companies will continue to use the facade of “inclusion” to appease critics of their responses to the economic crisis caused by the pandemic. We need to unmask this artificial division between the demands of the oppressed sectors, most of whom are workers, and the attacks experienced by the entire working class whose lives and livelihoods are increasingly precarious.

For this very reason, we must once again take up the radical spirit of the Stonewall uprising, and reject the idea, prioritized in recent decades, that true equality can be achieved gradually, through piecemeal victories in an increasingly unequal society. We must take up this struggle together with the working majority, with whom the oppressed majority share the same material conditions, and fight for a world where there is no oppression of any kind.

First published in Spanish on May 10 in La Izquierda Diario.