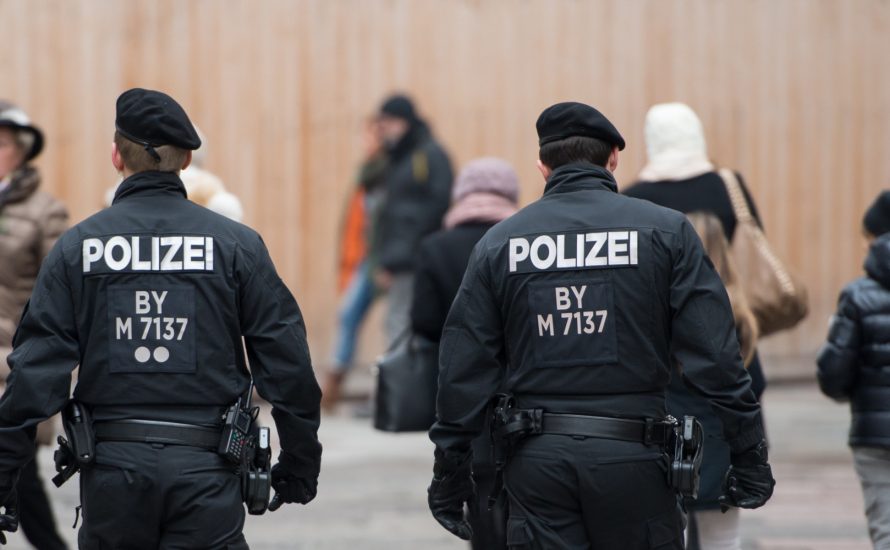 Early in the morning the inhabitants of a shared apartment in Munich were rudely awakened by loud shouts from the Bavarian special forces (USK): “Open the door immediately! Otherwise we will do so with force!”. After the door was opened, heavily equipped police stormed into the apartment. In a very tense tone the investigator showed the search warrant, which included an investigation procedure against one of the roommates: he is being accused of posting the flag of the YPG, the Kurdish resistance militia, to his private Facebook profile. Without any lessening of the tension the search begins.

Electronic devices, such as his personal computer, cellphone, and electronic hard drive were seized. Despite booking process and the resulting conclusion that the requested person was not present in the flat, the occupation of the entire apartment did not come to an end: police entered every room, going against the search warrant which only allowed searching the room of the requested roommate. When asked to leave the other rooms of the flat, police did not respond at all. The police provocation then became sexist: a female roommate was being kept from closing the bathroom door. When she demands the door to be closed, police harassed her in an arrogant and ignorant fashion.

At the same time, one police officer demanded two roommates to talk in German instead of in Turkish in a racist manner. This shows that police used whatever means necessary to intimidate the inhabitants. For them it was impossible to escape the gaze of police, because the harassment did not stop — without the existence of any official investigation against them.

One of them overhears police making fun of the brochure titled, “Checklist for search warrants,” which gives advice on how to best behave in the case of police raids. It comes as no surprise that the checklist does not help the inhabitants at all – due to police disregarding every legal standard.

The criminalization of the Kurdish liberation movement in Germany does not even stop at private Facebook accounts. With the German state having a complete ban on the Kurdish Workers Party PKK since November 22, 1993, this ban also includes the Kurdish People’s Defense Units YPG and their symbols.

Following a decree by the German government dating from March 2 this year, just presenting symbols of organizations with a suggested proximity to the PKK leads to a criminal investigation. Since that decree was issued, police provocations and prosecutions against activists have been on the rise. Kurdish youth are affected in particular, but as today’s happenings show us German activists protesting against the ban on the PKK are also affected.

The ban is aimed at making the Kurdish movement invisible at protests and leaving activists paralyzed through repression. This repression is linked directly to the criminal foreign policy of the German state: its complicity with the dictatorial regime of Erdoğan, as well as arms deliveries to Saudi Arabia and Turkey are examples of that.

The Erdoğan dictatorship has been keeping the cities in northern Kurdistan under military occupation since 2015. In addition to that there has been brutal repression of parties from the opposition, associations, unions, parliamentarians, academics and artists. The German state therefore shares a large part of the responsibility for the oppression of the Kurdish territories and enforces it with all its state power in Germany as well.